Christmas in the middle of May: Three Palos Verdes financial advisers donate bikes to underprivileged youth 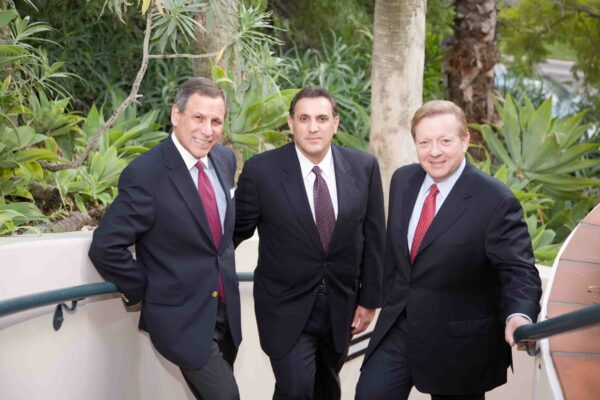 Larry Prutch has ridden in the Tour de France for two of the last four years. He trains all year for the race and rides for ten days during the last twelve stages of the Tour. But the Palos Verdes resident was not always so pedal-ready.

Prutch, a financial advisor at Merrill Lynch Wealth Management in Rolling Hills Estates, wouldn’t have discovered his cycling passion if not for a nudge from his business partner of more than 20 years, Cengiz Volkan.

“About ten or twelve years ago, I decided I needed to get my health back in better shape, and I couldn’t think of another better thing than cycling,” Prutch said. “I’ve tried everything else and it didn’t work for me.”

“I was just fat and old,” added Prutch with a laugh. “And I wanted to get thin and young, and stay healthy. I was in fear of getting on a bike but Cengiz said ‘Come on, I’ll teach you how to ride a bike on the street.’”

His fear was soon transformed into a passion and with the help of his business partners, it would also turn into an inspiration that has resulted in hundreds of children receiving bicycles.

In 2010, Prutch, Volkan, and fellow business partner Alan Goldstein, found themselves grateful for their ongoing financial success and founded the Prutch, Volkan, Goldstein (PVG) Group Foundation, a non-profit charitable organization dedicated to improving the quality of life of disadvantaged children in the South Bay community. Since its inception, the foundation has hosted and funded its annual PVG Foundation Bicycle Giving, an event that takes place in May at which 100 kids between the ages of 7 and 18 are gifted with a brand new bicycle. 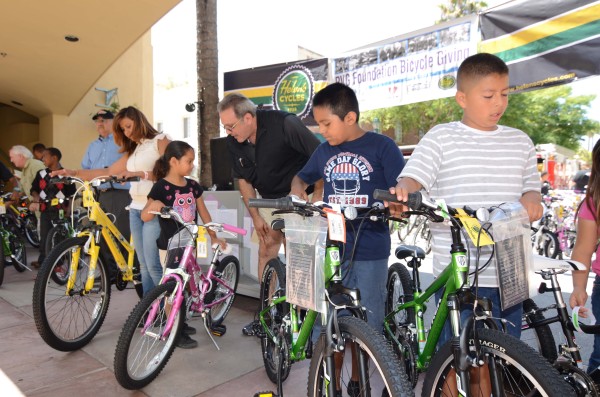 The event and bicycles cost $50,000 annually, all of which is paid for by the three founders. But the rewards, all three partners say, are beyond any dollar sign.

“I grew up on a bicycle and I remember when we first got our first bikes what it meant,” said Volkan,  a Rancho Palos Verdes resident. “So when we were thinking about a concept as to how we could give back to the community, we thought, ‘Well, what better way to help the youth?’ And the bicycles came to mind.”

“It was Larry’s not only youthful love with bicycles but his adult passion with cycling that really led us to the event,” said Goldstein, who lives in Rolling Hills Estates.

The trio hatched their philanthropic plan while sitting around a table drinking coffee.

“We’re kind of nestled in this very wealthy community but all surrounding us are underprivileged, very poor kids,” Volkan said. “Some of these kids don’t have parents, so we thought how can we help them. So that’s when we came up with the idea of donating these bikes.”

“We didn’t want to just go out and give a hundred bikes away,” said Prutch. “We wanted kids who were really going to step up and make a statement in their life – an impact.”

Leaders at the Club then choose the essay winners and notify Helen’s Cycles of Santa Monica of the age, weight, height, and gender of each recipient. Jay Wolff, owner of Helen’s, and his team then coordinate with Trek, the renowned bicycle manufacturer, to order specific bikes for each child. Helen’s competitive cycling team helps fit and distribute the bikes with a lock and helmet at the event,  which is held in front of the Buffalo Fire Department restaurant in Torrance. Local representatives from the police and fire departments volunteer to instruct the children on bicycle safety while Michael Shafer, owner of the Depot and Buffalo Fire Department restaurants, provides snacks and drinks.

The three business partners see their foundation as an opportunity to change the lives of these children.

“We thought this would also give these kids a venue to travel and to teach them healthy habits, rather than getting involved with drugs and, you know, eating poorly,” said Volkan. “Riding their bicycle would be a healthy habit as well, plus learning to care for something, and you protect it, it would also teach them good habits as well.” 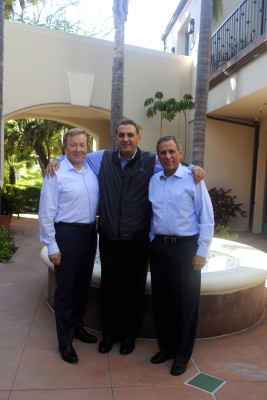 Prutch, Volkan, and Goldstein all share a love of cycling and together donate $50,000 a year to underprivileged children and teens living in the South Bay. Photo by Kelley Kim

While Prutch, originally from Colorado, found his passion for cycling later in life, Volkan and Goldstein discovered their love for bikes at a young age.

“When I first got my bicycle, it was huge freedom for me. I was part of a five-kid family, resources were tight, and my parents didn’t have cars, so we had to walk everywhere,” said Volkan, 52, who grew up in Cyprus,  the Mediterranean island nation. “So when I got my bike it was almost like, ‘Oh my god, what a freedom. I can just ride anywhere. I can get anywhere.’”

Goldstein, who just celebrated his 70th birthday, shared a similar story. “It was my 7th or 8th birthday when I got my first bicycle,” said Goldstein, who grew up in Brooklyn and Queens, New York. “It was one of the biggest days of my life. It was just so exciting.”

After this year’s event, the PVG Group will have donated a total of 400 brand new bikes to young people in the South Bay.

“It’s Christmas in the middle of May,” said Shafer. “It’s not only Christmas but something that their parents could never in their lifetime afford. [A bike] can really affect their life positively.”

And the children who receive these gifts demonstrate sincere need.

“I want a bike so I can ride it to the park with my family,” read one particularly provoking handwritten essay submission.

“I want a bike so I can exercise in the park,” read another. “I don’t have a bike because my family couldn’t afford one because they don’t have a job yet.”

“My family wanted to buy me one for Christmas but they couldn’t afford one because it was very expensive.”

Volkan recalled a poignant story about a 7-year-old girl at a previous year’s event.

The PVG Group Foundation plans to continue their annual tradition for as long as they are able.

“It’s something above and beyond what we’re normally capable of securing for our members,” said Mike Lansing, executive director of the Boys & Girls Club of the Los Angeles Harbor that serves over 12,000 children. “It’s a gift that’s not just a toy, but really a transportation opportunity that they would otherwise not have access to. They’re not just investing in bikes, but in improving young lives.”

This year’s event will take place on May 18, 2014 at Buffalo Fire Department restaurant at 1261 Cabrillo Avenue in Torrance. Registration for kids begins at 10:30 am and the program begins at 11:30 am. All are welcome.