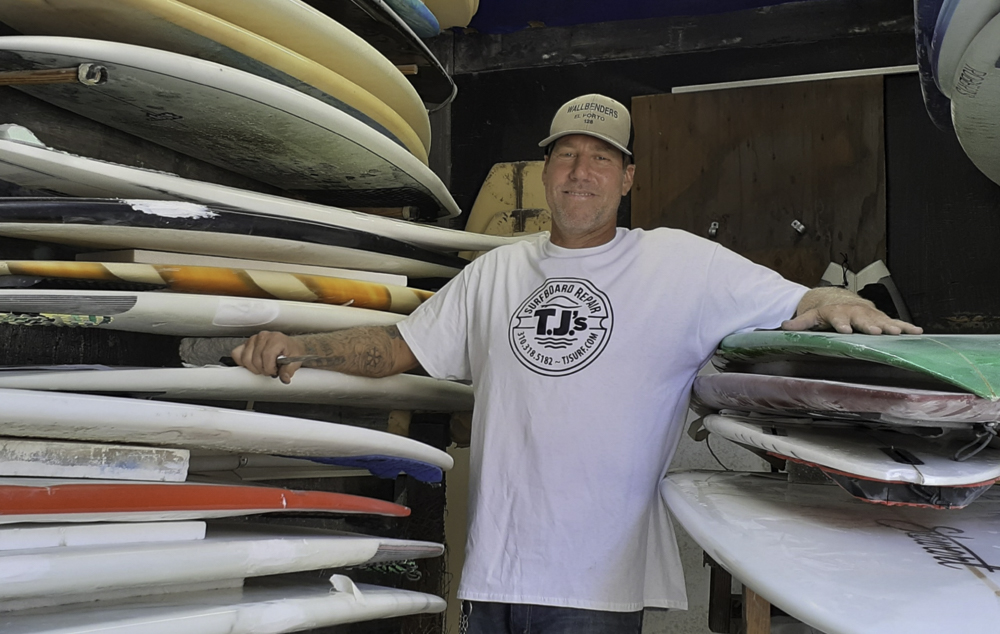 TJ Shaul with some of the 100 boards he has waiting for repairs in his El Segundo shop. Photo courtesy of TJ Board Repairs. 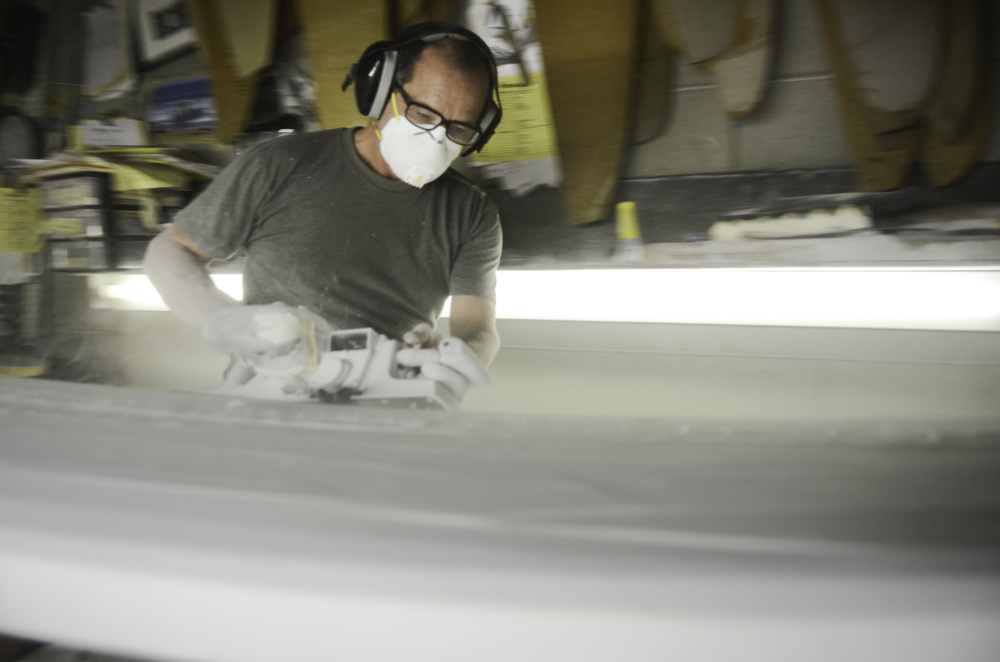 Jose Barahona said he’s been busier during the pandemic than at any other time in his 39 years shaping surfboards. Photo by Paul Roustan

Not since the 2005 shut down of Clark Foam, which supplied 80 percent of surfboard blanks, had the surf industry’s future looked as uncertain as when COVID-19 shut down retail last March.

“I went home the night of the shutdown and really worried about the whole business,” said Barahona Surfboards’ Jose Barahona, a Hermosa Beach shaper for 39 years ago.

Spyder Surf’s Dennis Jarvis said of the shutdown, “We had never seen anything like this.  Because of the shut down we lost the summer we depend on to carry us through the off season. It was devastating.”

Jarvis and partner Dickie O’Reilly, own two Spyder Surf shops in Hermosa Beach and one in Manhattan Beach. 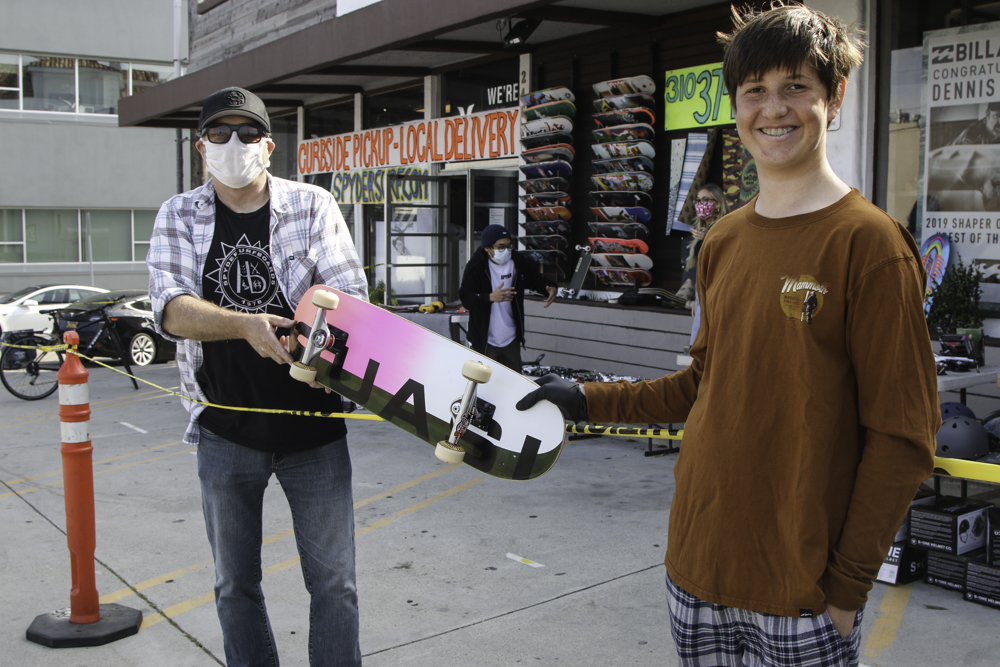 “There weren’t a whole lot of decisions we could make to do things differently,” O’Reilly said. “We furloughed everyone and closed indefinitely.”

Brog Surf’s Mark Brӧg said he also was “in fear of how to move business forward.”

ActionWatch, which analyzes sales data from surf and skate shops in the U.S. and Australia, reported sales were down 43 percent in March and 77 percent in April, compared to 2019 March and April sales.

Then came June, when retailers were allowed to reopen.

“The pandemic started to play in favor of some of these independent shops and in favor of the sport of surfing,” said ActionWatch analyst Patrik Schmidle.

“I’m busier than I’ve ever been in my entire surfboard building career,” Barahona said.

“The surfboard business is going through the ceiling,” Jarvis said. “We usually make 800 boards a year. We will probably do 1,200 this year, maybe more.”

In June, surf shop sales of hard goods, such as surfboards, leashes, fins and board bags, sales jumped 115 percent over June 2019’s sales.

Two of the unforeseen explanations are pandemic boredom and stimulus checks.

“People all of a sudden had all this time on their hands and they were looking for things to do,” Schmidle said. “And people who may not have been able to afford surfing now had stimulus checks.”

Another reason was the shutdown of overseas soft top manufacturers. New surfers generally opt for cheap, overseas soft tops sold at large retailers. But these boards were slow to be restocked due to overseas factory shutdowns.

“A lot of people were buying foreign goods when they could easily have gotten from them myself or other local builders,” Brӧg said. “Don’t go to Costco,” he said. “Buy locally.”

TJ Shaul with some of the 100 boards he has waiting for repairs in his El Segundo shop. Photo courtesy of TJ Board Repairs.

TJ Shaul, owner of TJ’s Surf Repair in El Segundo, said he is doing about 100 repairs a week, twice as many as usual.

“Any given surf spot has like 60 people surfing. People are out in the water like four and five layers deep,” Shaul said. “And they’re running into each other all over the place.”

Though the pandemic has helped board sales, it has hurt the surf shops’ more profitable apparel and accessories sales. According to ActionWatch, those sales remain below pre pandemic levels.

“People are less willing to go into stores and try things on,” Schmidle explained.

“We rely heavily on apparel and accessory sales and we are missing that,” O’Reilly said. Jarvis attributed the problem to a decline in tourism and local foot traffic.

“If we as an industry do a good job of converting those new to surfing into longtime fans, that will be a huge positive for years to come,” Schmidle said

“I am elated. I am so happy to see so many people in the water,” Brӧg said. “Surfing is free for everyone. Surfing is healthy and highly spiritually conductive. The only thing that will come out of this is good.” ER