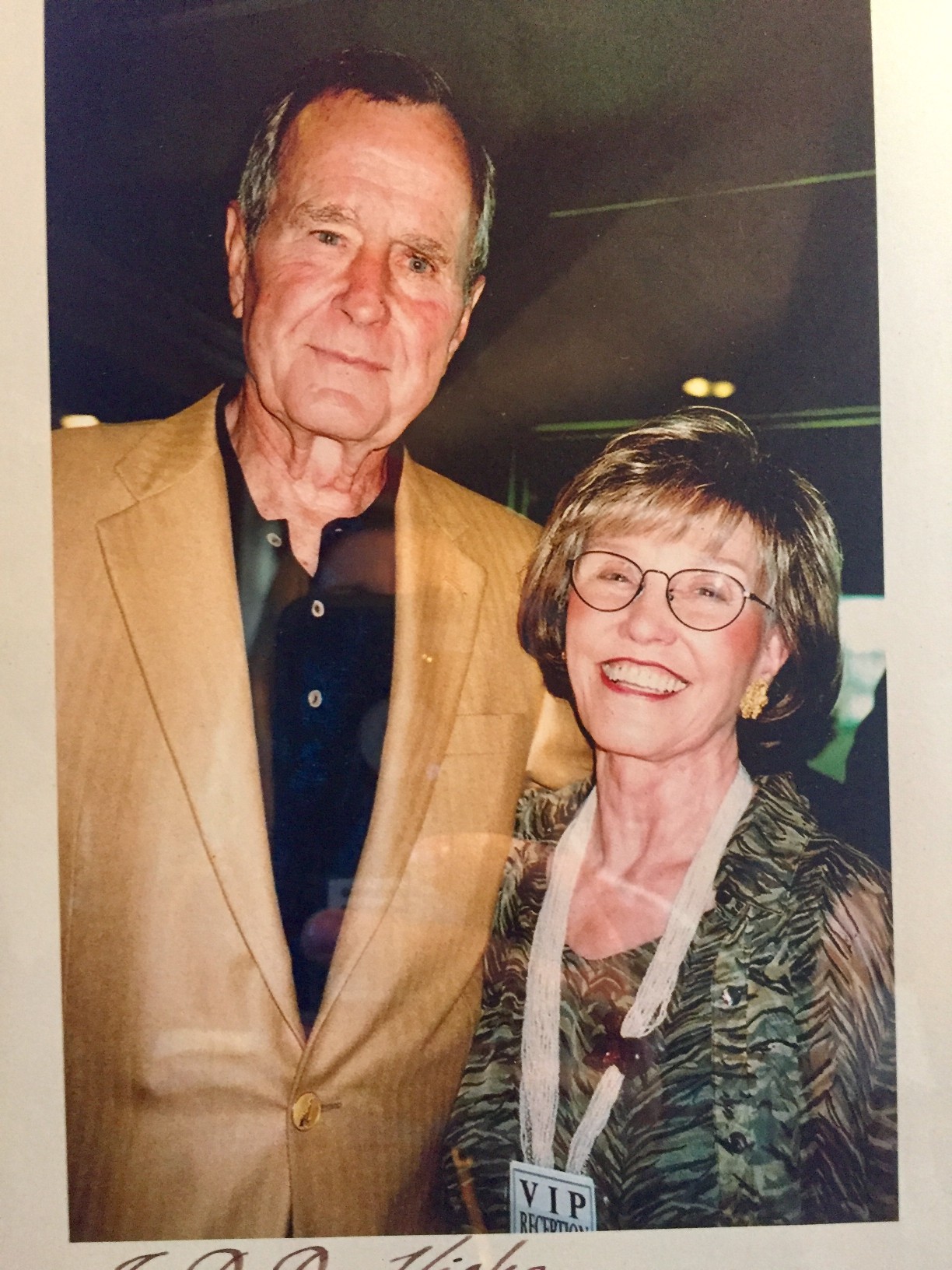 Following President George Bush’s death, when I saw the pictures replayed on television of him skydiving out of a helicopter on his 90th birthday, it  brought back such wonderful memories. I was invited to Houston for his big birthday bash in 2014 and the next day we traveled to Austin to witness his jump. We were sitting at picnic tables. Gorbachev was at the table next to me with Barbara Bush and Bo Derek. There were quite a few rich socialites that I recognized from their pictures in W magazine.

Barbara was so nervous about his jump and so elated (like a little kid) when he landed safely. She said she had not wanted him to make the jump.

I had the good fortune of getting to know her a bit from seeing her at the National Conferences for Volunteer Centers when I was on the board. She was always so enthusiastic, charming and down to earth. CNN panelist David Gergen frequently attended our National Board meetings because he was reporting on the Bush dynasty at the time, and especially the Points of Light Foundation. Volunteer Centers were the main supporters of the PLF. So  I got to know Gergen, too, and talked to him at the birthday party. He was very quiet and nice.

After the President’s jump, I happened to be at the right spot when he entered the tent and my picture was taken with him. I have the 8×10, which he personally signed.

He was such a fine president, statesman and person, through and through. He reached across the aisle and made decisions that were best for America, even when it meant raising taxes after  he had promised in his campaign not to. What courage that took, but he knew it was the right thing to do.

Seeing the highlights of his life reminded me not only that he was an outstanding president, but also an outstanding human being who served his country so well.

How special it was to have been touched by him, if even by just a tiny bit.