Photographing the South Bay Lightning without getting hit 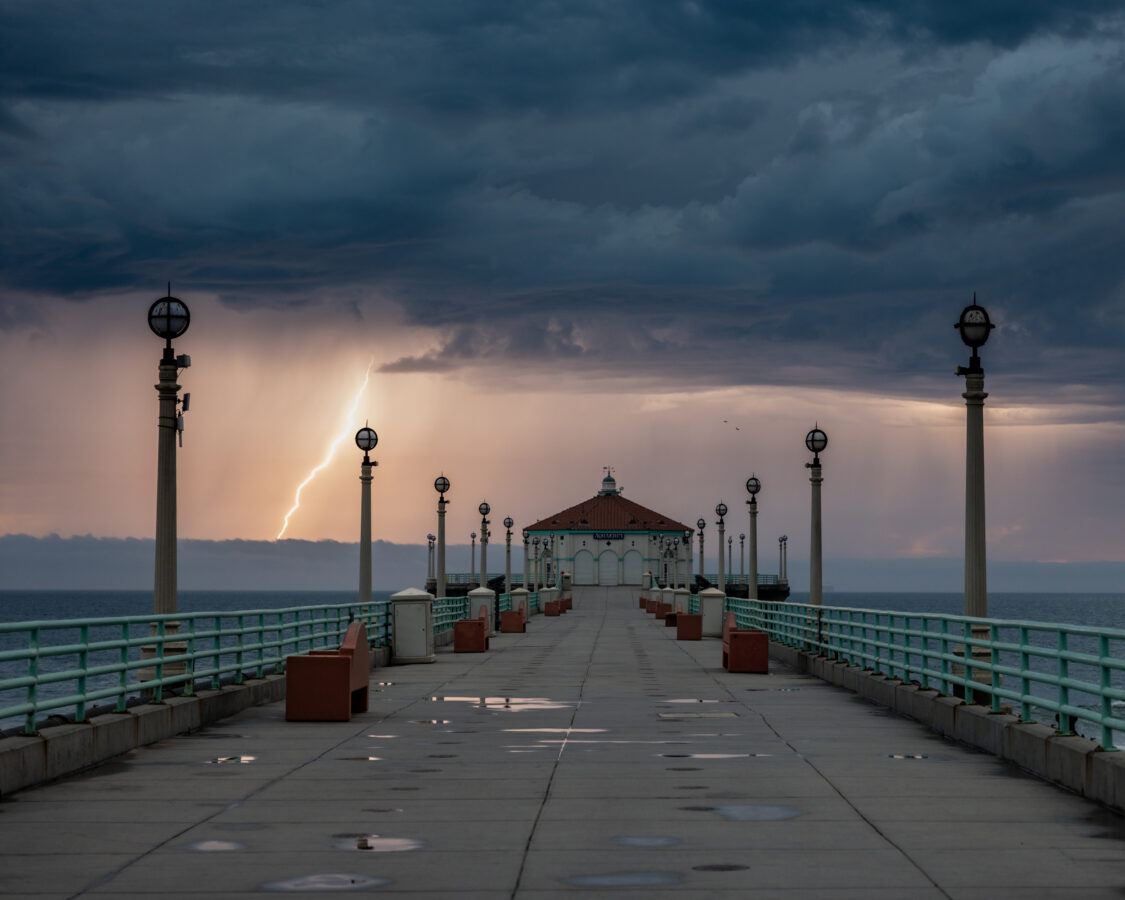 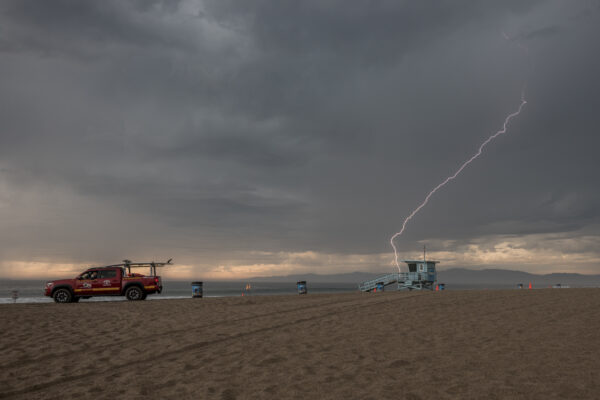 Photographer Pete Halvorsen captured lighting on the beach on Monday, 10/5

After he got an alert about strange weather coming to Manhattan Beach, local photographer Pete Halvorsen snapped into action.

“That seemed like a really good opportunity to go the beach,” says Halvorsen, who lives in East Manhattan. After all, it’s not every day we see thunder and lighting in the South Bay.

Richard Podgurski Jr., who lives in downtown Manhattan Beach, got the same urge. He grabbed his Nikon D850 and went running down to the Pier.

“I heard the biggest thunderclap of lighting I’d ever heard,” he says. “The rain started coming down, and I said, `it’s photo season.”

Neither had any concerns about getting hit by lightning as they photographed.

“The odds of being struck by lightning in your lifetime is 1 in ~15,000,” Podgurski said on Instagram.

However, during the lighting strikes, Halvorsen’s wife sent him a text, demanding to see “proof of life.”

He texted back with a selfie.

Podgurski and Halvorsen found themselves in the sand, at the foot of the pier, surrounded by a few other photographers. This was before the police arrived to tell them the beach was closed, due to the weather.

Both had neglected to bring tripods, an essential tool for photographing lighting. To get pro-level quality, photos need to be taken at an ultra slow shutter speed, as long as 10 seconds to properly capture the lightning bolt. Most people snap photos at 1/60th to 1/125th of a second.

Both put their cameras atop a garbage can to steady them, as a tripod replacement. Then Podgurski’s battery went dead, and he had to run back home to pick it up–along with his tripod.

Halvorsen, meanwhile, who photographs with a Leica SL2S camera, was roaming around the sand, the tripod, a lifeguard stand, and felt confident he wouldn’t get hit by a bolt. He could look into the water and see where the bolts were dropping. And they were deep in the water at this point.

Once the police closed down the beach, Halvorsen moved to the foot of the Pier, where he climbed atop the lifeguard office tower.

“I felt like all the lampposts would protect me,” he says. Lightning likes metal, he says. “I wasn’t going to touch the gate.”

Once charged up, Podgurski ran back and set up about 30 foot north of the Pier.

He was experimenting with different exposures, because “I’m not an expert at this. This doesn’t happen every day.”

He shot about 200 frames, and called it a day around 7:30. He ran back to his apartment and started importing his photos to the computer, knowing he had to post that night.

“People really wanted to see them.”

Within 24 hours, he picked up nearly 5,000 likes and 177 comments on Instagram, where he offered a limited edition run on prints.

Halvorsen also saw great acclaim from his shoot and spent most of Tuesday direct messaging fans.

How will he profit from the lightning strike? He may sell a few prints, but he says the joy is “sharing with the community,” and getting the social media accolades. “It’s really more about enjoying the beauty of our Pier and seeing it in a different light.”

Being down there during the lightning was “really refreshing. It had been awhile since I’ve gotten excited about weather at the pier. This is what I look for, something different from our every day look.”

And as Podgurski notes, winters are the prime time for great photography in South Bay. “From now until February,” he says.