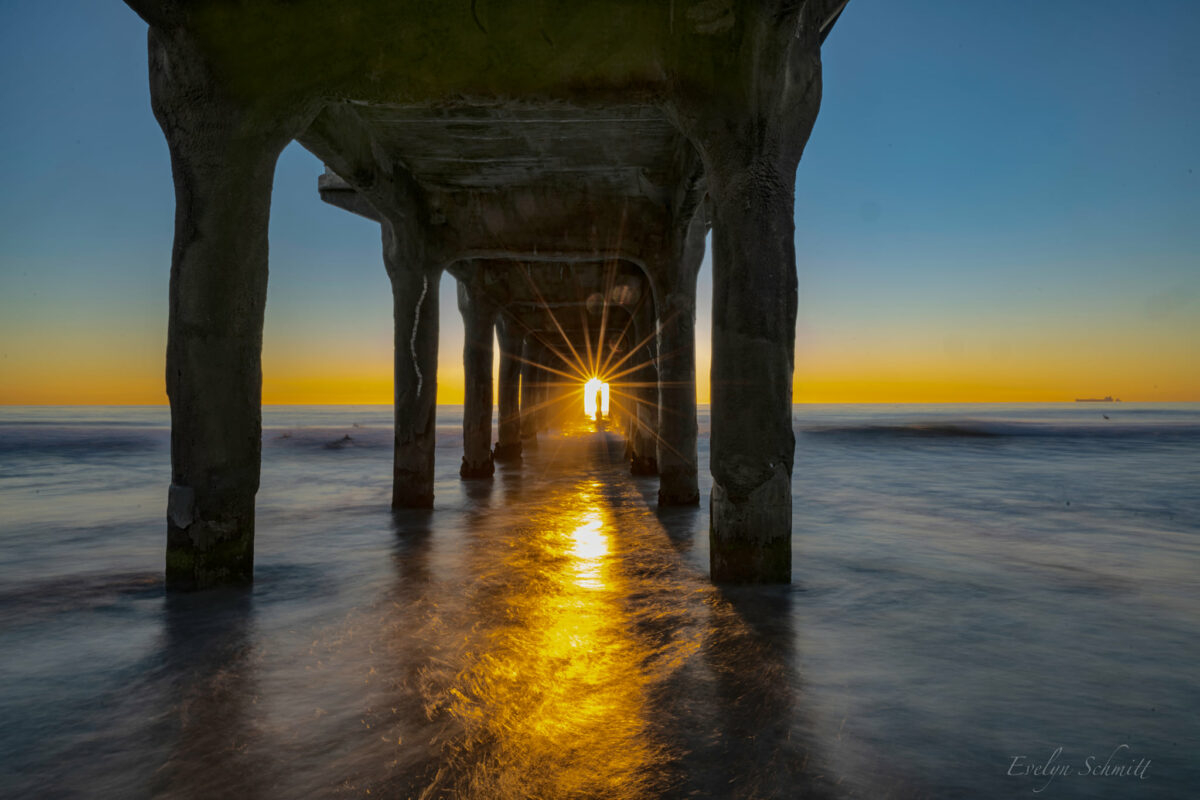 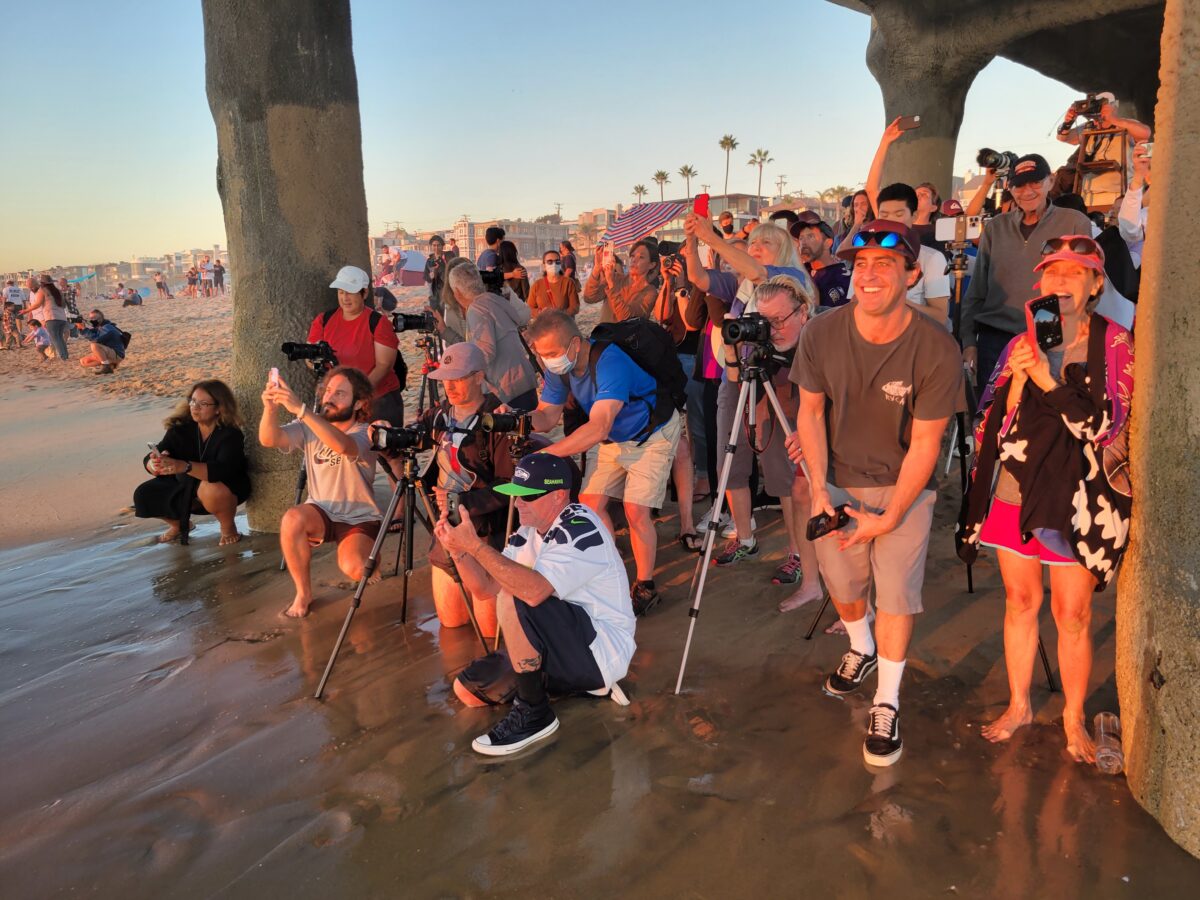 The large crowd under the Manhattan Beach Pier photographing Pierhenge on 11/14/21 when the sun sets between the two pillars of the Pier. Photo by Jefferson Graham

A good 100 or so photographers, beach lovers and even Santa Claus crowded under the Manhattan Beach Pier Sunday for the bi-annual “Pierhenge.”

That’s the bi-annual event when the sun sets directly between the two pillars of the Manhattan Beach Pier. It also happens in January, on the 27th. 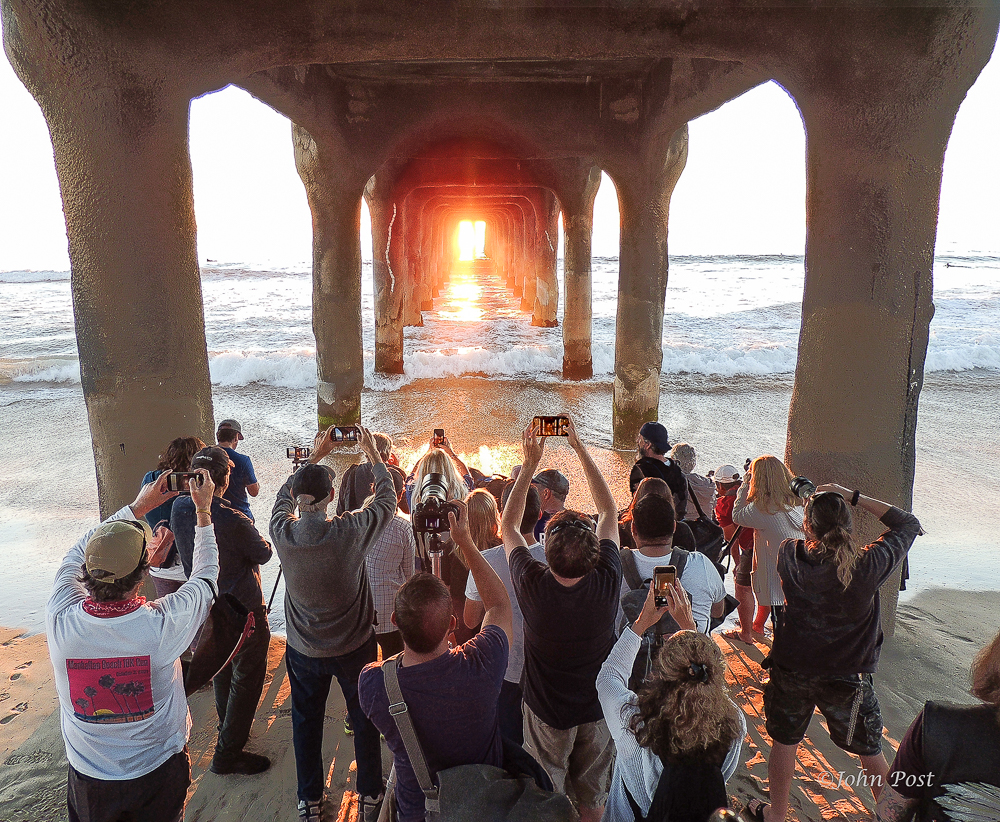 Watch the sun set directly between the pillars of the Manhattan Beach Pier. The bi-annual event is called "Pierhenge," and it attracted some 100 photographers and beachgoers tonight! pic.twitter.com/tad9k40pbV

The crowd included serious photographers, including Manhattan Beach’s John Post on a giant ladder, and the smartphone crowd. A rent-a-Santa Claus, who poses with families for portraits, was there, as were other professional photographers taking portraits of their clients. 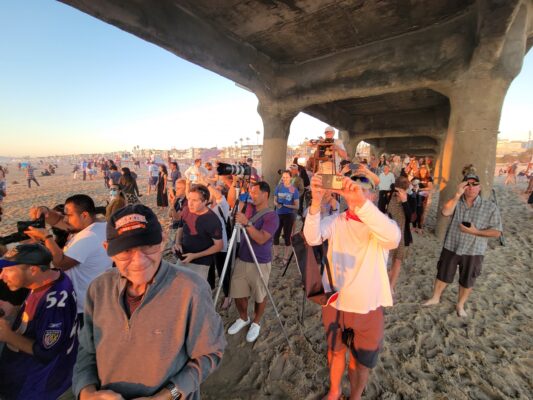 Huge crowd under the Manhattan Beach Pier for Pierhenge

“What a wild time tonight,” said Manhattan Beach photographer Evelyn Schmitt, who lives near the Pier.

The crowd was much, much larger than last year, which only attracted a handful of people. 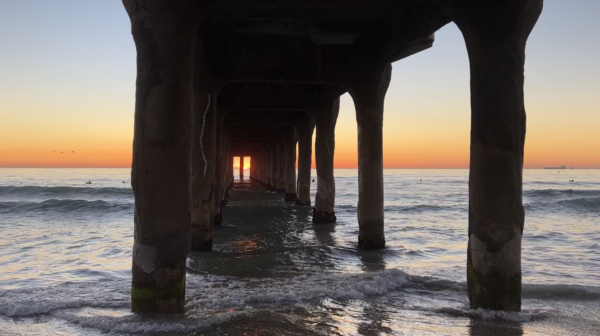 “It’s the biggest crowd I ever saw there,” says Schmitt. “The word just got out and really spread.” 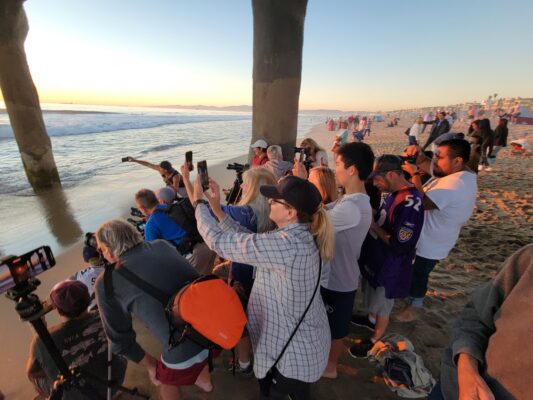 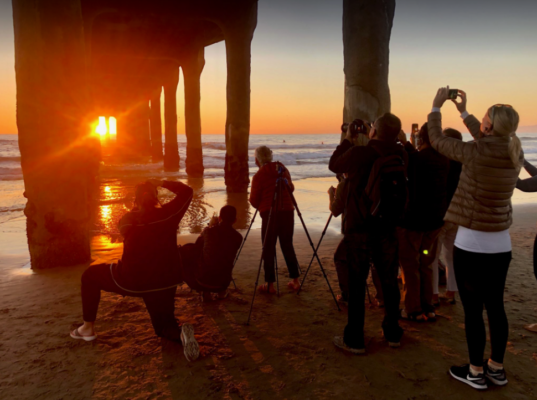 The Pierhenge crowd in 2020, by Ruth Stroud

If you missed it, have no fear. The Pierhenge won’t set exactly like it did Sunday, but it will be awfully close on Monday and Tuesday. “I think it will be even better tomorrow,” says eternal optimist Schmitt.

So see you at the Pier!