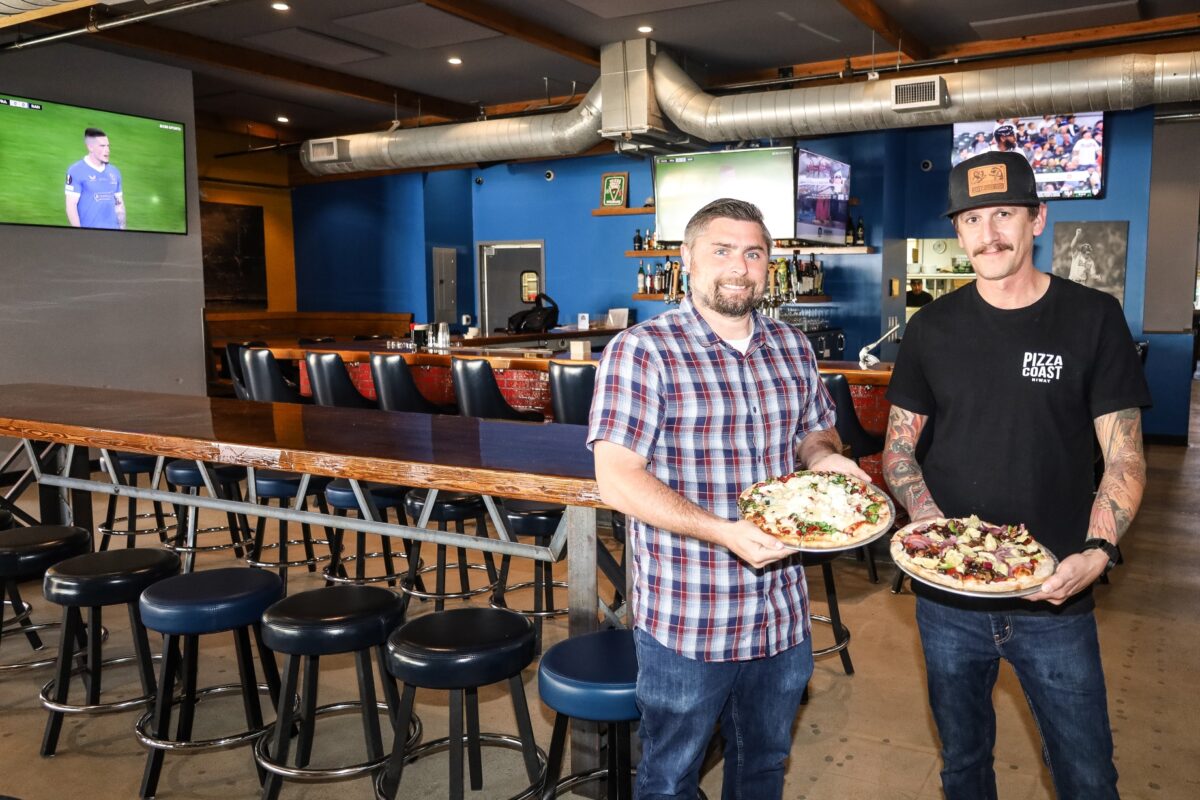 The successor to Charlie’s is slimmed down, loud, and fun

I am often confused by acronyms because the same letters can mean so many things. When a chef mentioned he used to work for the CIA I thought he was a spy until I realized that he meant the Culinary Institute of America.

That said, the people who named the former Charlie’s “Pizza Coast Hiway” knew what they were doing. It’s going to be acronymed, and it will be funny to anyone who has grown up hearing PCH as a street name abbreviation. It’s memorable because of the way it flips your expectations.

The restaurant isn’t exactly new, but is a comprehensive makeover of the former establishment that was planned by partners Steve Roberts and Charles Byrd before Byrd’s passing in 2021. As Charlie’s it was an Italian restaurant for those who liked sports, with a bar vibe in the main room and a quieter and more stylish side room where the TV was usually off. As PCH, the quiet room is now an arcade and the main room has been opened up with family-friendly long tables. TV screens are at just about every location where one can be placed. The warehouse-like interior with hard surfaces makes this one of the loudest restaurants in town, which some people will dislike, but you can’t deny the energy of the new space.

The menu has been slimmed down with pricier entrees dropped – the seafood and more complicated pastas are gone in favor of pizzas, pastas, salads, and sandwiches. The smaller selection doesn’t seem to be putting many diners off, because on our second visit the place was nearly full.

Among the starters we’ve tried wings, a Caesar salad, fried calamari, and the house soup made with seasonal vegetables. The wings were just average, properly made with a hot but not scorching Buffalo sauce. We preferred the calamari. This was partly because they’re fried in a batter that has some herbs and seasonings but hardly any oil, and partly because the dipping sauce is their very good marinara. This has always been a strong item here, and any entrée that includes it will be worth ordering.

The same is true of the soup, a classic minestrone with some cheese grated into it just before serving. It tastes like an old family recipe because it is. It’s Italian comfort food at its simplest. It’s not vegetarian because it does include some pancetta, but if you enjoy the taste of vegetables, get this. The bowl comes with garlic bread and is a fine light meal by itself. If there are two of you, get the soup, and a Caesar salad, and split both, because they make that well too. It’s the traditional version with fresh croutons, romaine, lightly garlicky dressing, and a sprinkling of cheese, and that’s all. To someone who likes a Caesar, that’s all there needs to be. 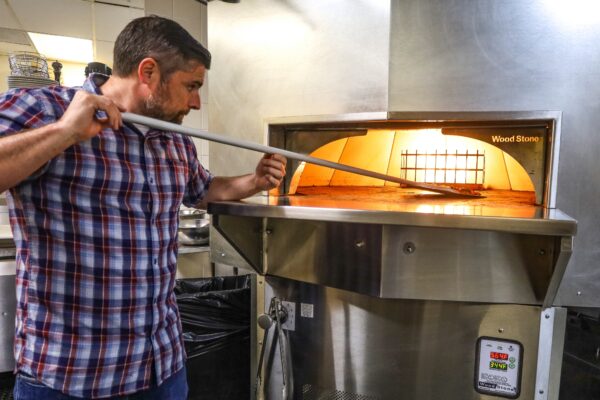 Among the entrees we tried a PCH super sub, fettuccine alfredo, chicken parmesan, and a G.O.A.T. pizza. In case you haven’t come across that acronym before, it stands for “greatest of all time,” though goat cheese is one of the toppings. The others are roasted leeks, scallions, garlic, bacon, potatoes, along with a drizzle of vinegar and some sea salt. I’m not sure I’d rank it with the greatest pizzas of all time, but it’s an exceptionally good combination. The crust was medium thick rather than the paper-thin style, the toppings properly proportioned so it was neither sparse or soggy, and the flavors complex and well-balanced.

The super sub hit the spot too, a towering mass of layered meats, cheese, lettuce, tomatoes, red onion, and pepperoncini on split and toasted Italian bread. The Italian dressing was used judiciously, enough for flavor but not so much that it got soggy, and the portion was so big that half of it went home.

They’re not entirely traditional with their fettuccine alfredo, which is made with a little cream despite a menu listing that says it’s the original. That’s just butter, parmesan, salt, and pepper in Italy, but Americans add cream to lend extra richness. PCH doesn’t add much, and I could barely tell it was there, because the cheese and butter were out in front, as they’re supposed to be.

Chicken parmesan was invented in the USA sometime in the mid-20th century, and recipes differ – sometimes the breaded and fried cutlet is drenched in sauce and covered with cheese, and at other times the sauce is a thin coating and the cheese almost a decoration. Charlie’s goes for a maximalist version with lots of sauce, and cheese that is run under the broiler so the cheese crisps on top.They serve it with spaghetti with more of that sauce on the side. As good as that sauce is, I would have preferred something with a flavor contrast, perhaps just pasta with olive oil, garlic, and parmesan, because as good as it was, there was a lot of the same flavor on that plate.

Pizza Coast Hiway has a full liquor license and some good house cocktails – the Gold Coast Standard of bourbon, maraschino liqueur, and bitters hit the spot. I liked the Hotel California punch-style rum drink too. The beer and wine list is not encyclopedic but has something for everybody, and if they have the Barbera I’d recommend it with their marinara.

They only have one dessert, the tiramisu, which is creamy, rich, and served topped with strawberries, berry coulis, and a sweet chocolate drizzle. While this makes a very pretty presentation, in the future I will ask for the toppings on the side because I actually like the simple flavor of the cake.

A meal at Pizza Coast Hiway won’t set you back much, since nothing on the menu is over twenty bucks and portions are generous. I miss some things about the previous establishment, but have to admit that what they do now, they do well.