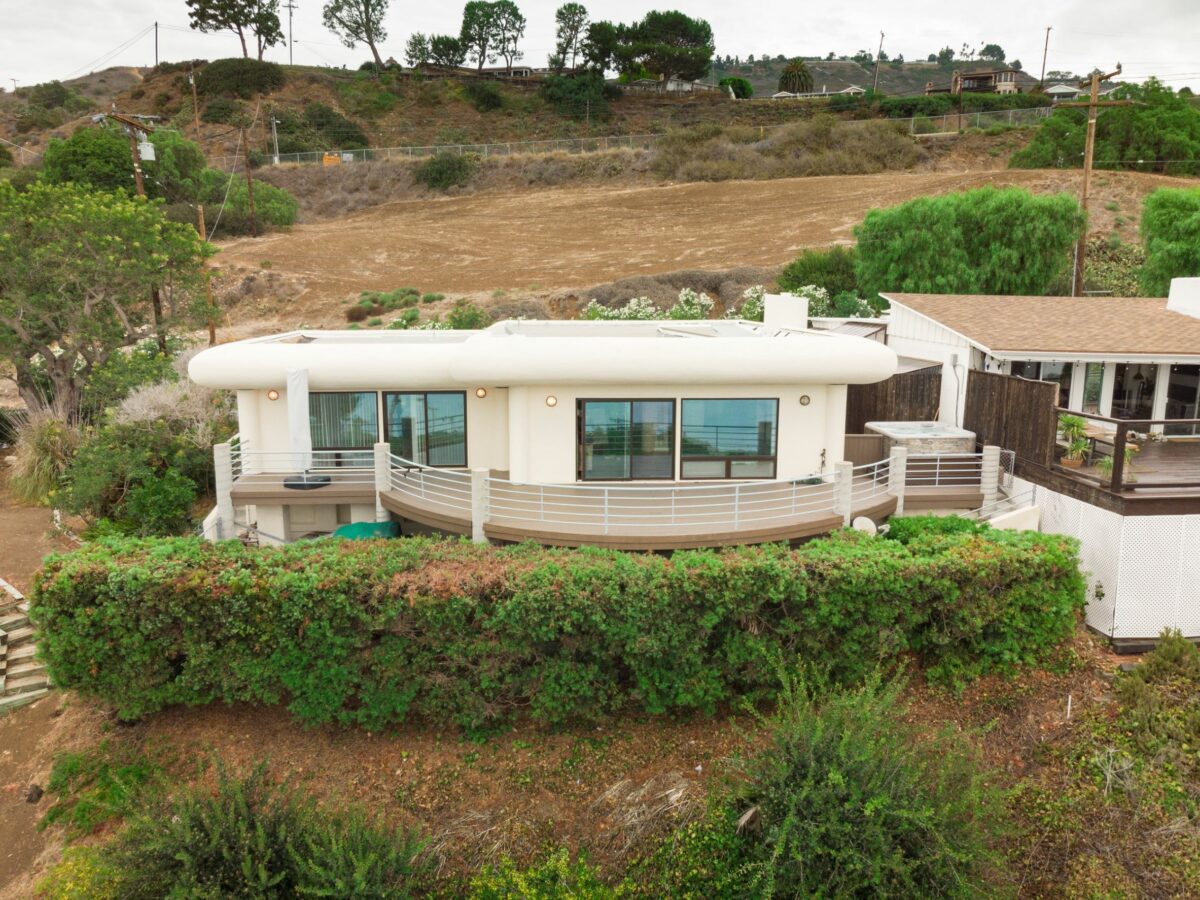 The “Flintstone House” behind the Portuguese Bend Beach Club gates is owned by Fred Lee, himself, a stone mason. Lee is the founder, and past Chief Executive Officer of Ramcon Industrial Corporation, in Torrance, which is a general engineering contractor specializing in the petrochemical industry. He’s also an avid fisherman whose favorite trolling expedition is four days out to his “sweet spot,” at Hurricane Bank. When he’s lucky, it’s another four days heading back home, but with a boat brimming with Yellow Fin and Blue Fin Tuna. 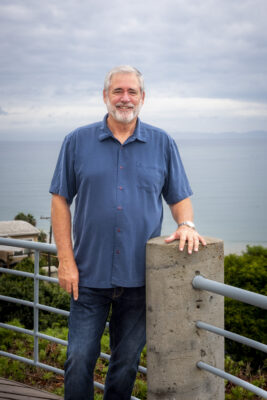 Lee’s purchased what neighbors call the “Flintstone House” in 2008. The home was remodeled in 1953, and offers a birdseye view of the Pacific. His passion for collecting and racing cars, including a 1998 Dodge Viper, and a 1968 Shelby Mustang, rival his passion for fishing.

He retired two years ago as CEO of Ramcon Industries, a $200 million dollar company.

The interior resembles a luxury liner, an effect enhanced by porthole style lights, and floor to ceiling windows. Skylights above the dining room and a bathroom admit more light, and ocean breezes. Lee built the mosaic tile bar.

The architecture is in the Pueblo Contemporary style, with closed beamed ceilings, a wood burning fireplace in the living room and an expansive, and redwood-style deck with a custom spa and outdoor shower — all offering a panoramic ocean view.

In the early 1970s, Lee  lived in Lancaster and Bakersfield where his grandfather and uncle taught him mining and stone masonry. They worked closely with the owners of Sepulveda Building Materials in Gardena.

“Where the Peninsula Center is now, we would excavate stone, scrape and palletize it, and then sell it to building supply companies,” Lee said.

When he was starting out, he said, Highridge Road was just a stub off of Hawthorne Boulevard. The truckloads of rocks he and his uncle and grandfather excavated from there, led to the building of Highridge Road.

This work led to an offer from a Bakersfield construction and engineering firm that specialized in refinery work.  During a special assignment in the South Bay, he decided he wanted to stay. So, in 1995, he founded  Ramcon Industries and purchased the “Flintstone House” in 2008.

Modern Pueblo, or Pueblo Revival style homes are uncommon in California, and more common to Albuquerque, Santa Fe, Taos, and San Antonio, Texas. The architecture was born in the  Southwestern United States and draws inspiration from the Spanish missions. 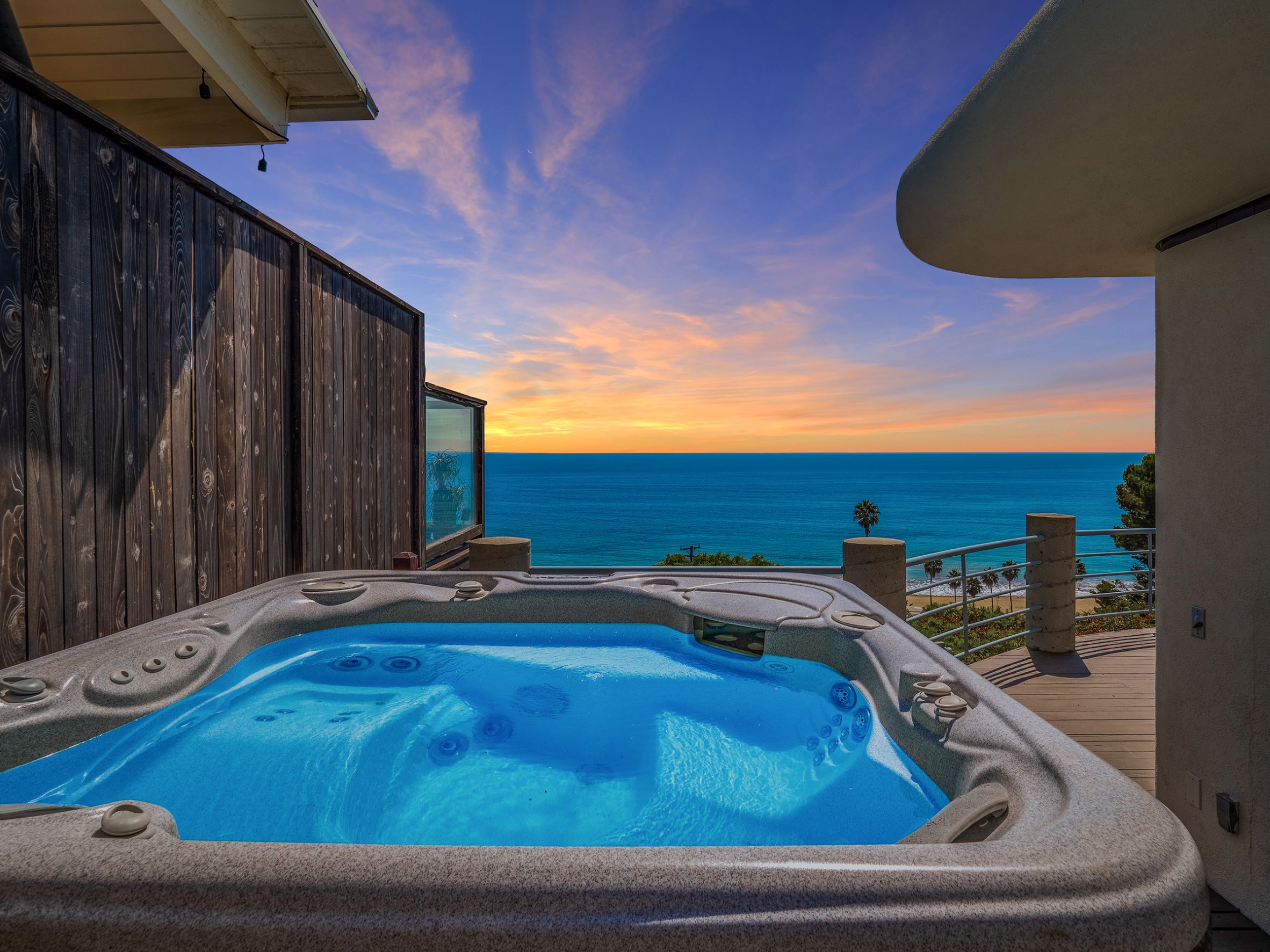 Notable examples of Pueblo Revival architecture include the New Mexico Museum of Art in Santa Fe, the  Zimmerman Library at University of New Mexico in Albuquerque, and the Painted Desert Inn in Petrified Forest National Park in Arizona. 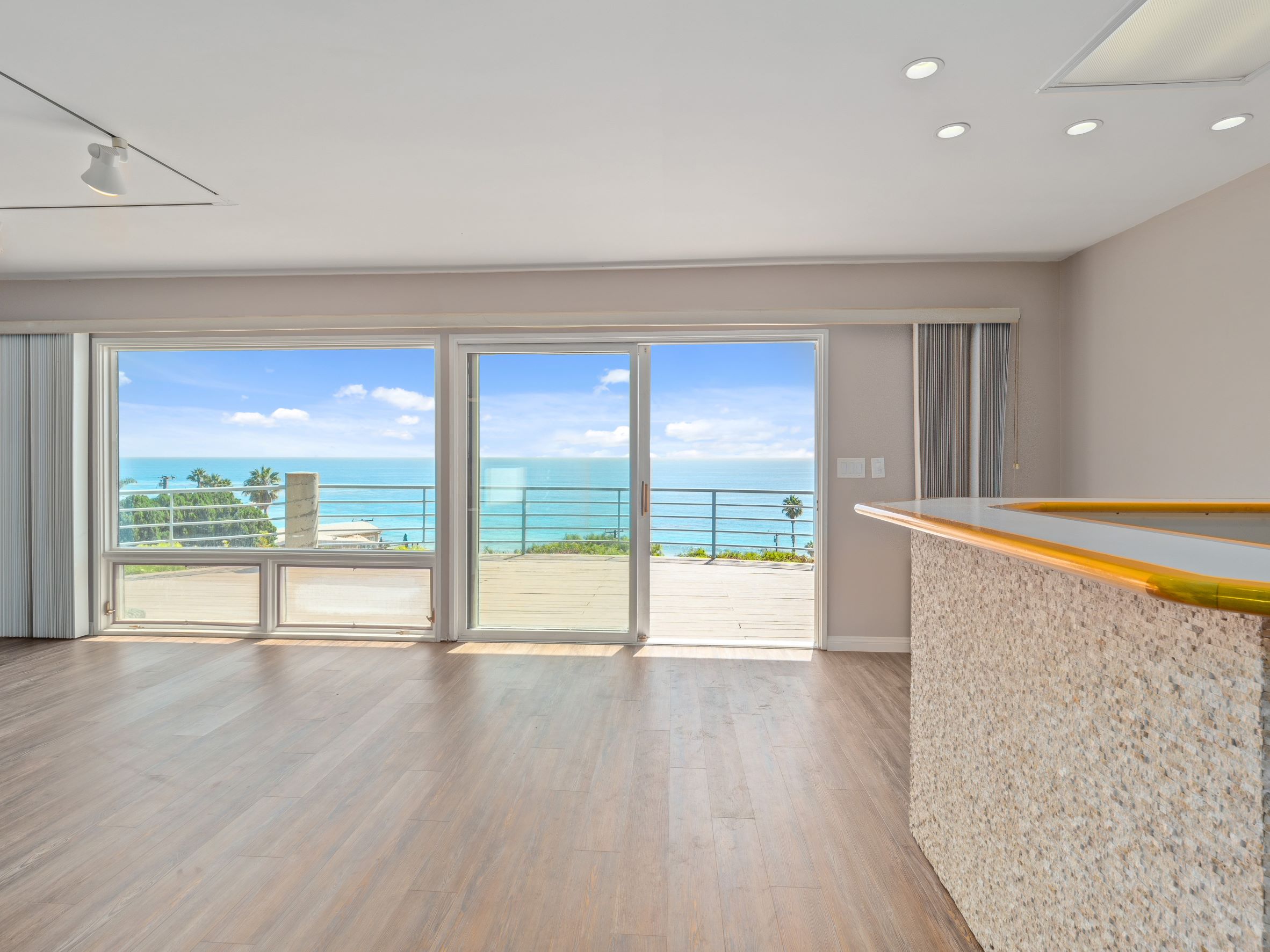 The stone mosaic bar was built by Lee and the oversized deck and wood style flooring adds an earthly effect to a home that takes full advantage of its natural environment. Photo by Walkthrough Productions

Lee’s house utilizes brick, and concrete instead of adobe.The thick, battered walls were stuccoed and painted in earth tones. The roof is flat, which is typical of this style of architecture. Thick, concrete columns flank the front door, and run through the interior backyard.

Lee recently put his home of nearly three decades on the market.

“I have family in the midwest, I have places yet to see, so I am undecided about my exact next location.” Lee said. Pen