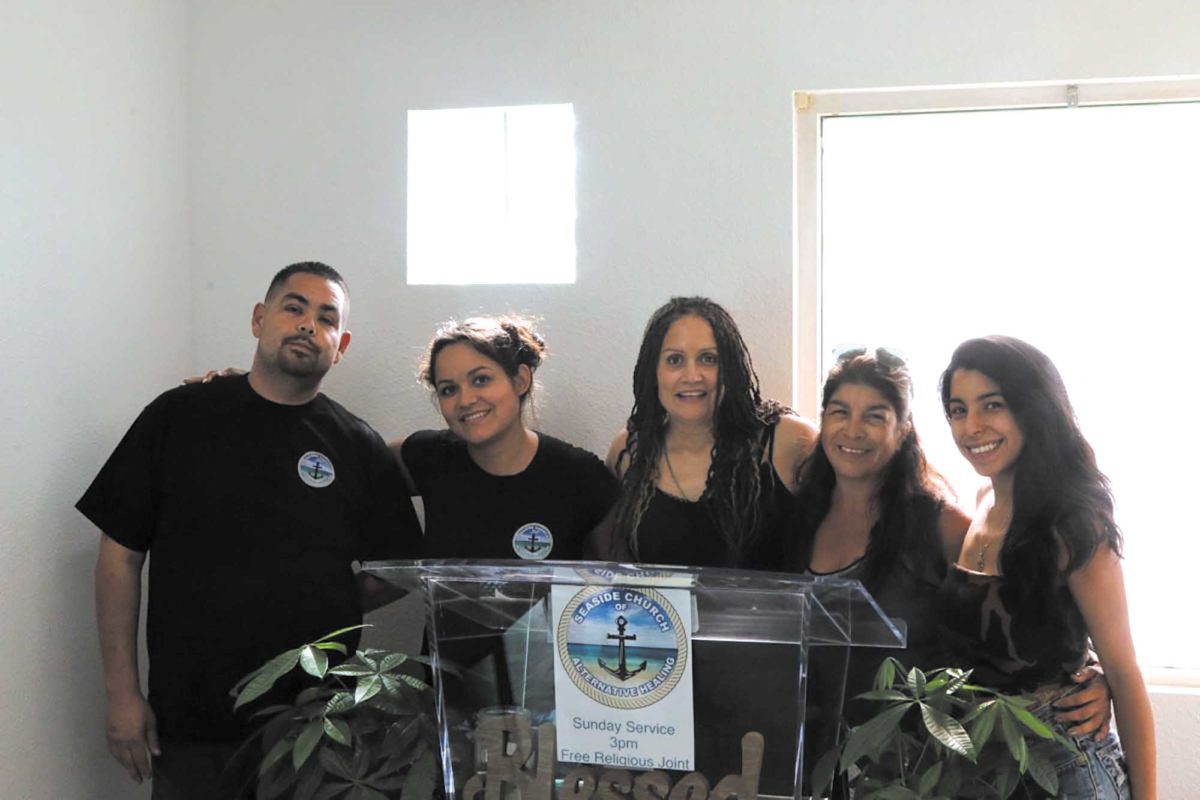 Lora Novellino, center, and Jenni Rosas, right, at Seaside Church for Alternative Healing, in 2018. Novellino and Rosas are staff at the newly-formed Sacramental Life Church in Seaside’s old location. Photo

Just weeks after a similar place of worship closed on Artesia Boulevard, a second cannabis church has moved into its predecessor’s space. Though the staff of the new organization, Sacramental Life Church of Redondo Beach, say they cannot speak for the previous church’s activities, the two appear to be linked in multiple ways — including mutual associates and legal representatives — based on filings with the California Secretary of State’s office.

Sacramental Life Church of Redondo Beach opened in early July, according to staff member Jenni Rosas, who said she was a representative for the organization.

According to Rosas, SLCRB believes that cannabis is a “blessed sacrament,” that helps those who take it “be the best you that you can be.”

“I feel that the blessed sacrament is like food for the brain and body,” Rosas said.

As part of its practice, SLCRB offers yoga classes and one-on-one counseling to members, as well as a “sound bath” healing practice based on a Tibetan meditative technique.

Members obtain cannabis through donations to SLCRB. Donation levels are set by the organization, exchanging some varieties of flower at $5 per gram according to members, who must sign a statement affirming their sincere belief that cannabis is a religious sacrament. Rosas also stated that the church provides CBD oil and edible cannabis for its members. Each exchange, Rosas said, includes a blessing of the sacrament, provided by an on-site minister. It’s common for members to be in and out of the building, cannabis in hand, in little more than five minutes. 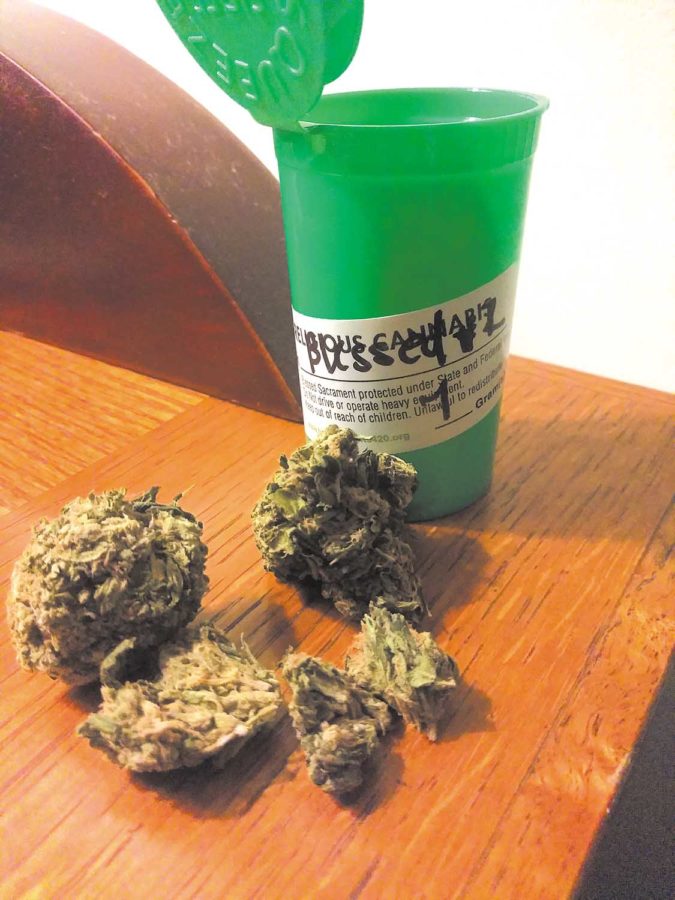 Though Rosas said she was permitted to speak on behalf of SLCRB, she declined to comment on the organization that most recently occupied the very space SLCRB was now in, Seaside Church of Alternative Healing — an organization of which Rosas was a member.

Seaside Church closed in late June after agreeing on June 24 to cease operation in order to avoid criminal prosecution by the City of Redondo Beach. The City pursued as many as 18 building code violations against Seaside, including non-permitted changes to the building.

The City of Redondo Beach currently has laws in place that ban cannabis businesses while it reviews “best practices” from around the state. The topic is due to return for discussion this fall. However, operators of cannabis churches argue that they are protected from laws preventing their operation thanks to religious freedom laws.

According to City Prosecutor Melanie Chavira, Redondo believed Seaside’s owners “were calling themselves a church in an attempt to get around any criminal liability.” Chavira also noted that Redondo Beach Police conducted two undercover operations, purchasing cannabis from Seaside.

Seaside Church attorney Grenville Pridham said in June that his clients settled because they were “tired of fighting the city.”

Three days after Seaside agreed to close, the leaders of ONAC of Arroyo Seco filed paperwork with the Secretary of State to change its corporate name to Sacramental Life Church of Redondo Beach. Patrick McNeal, a former lawyer, was listed as the corporation’s secretary. Less than a month later, July 22, papers were filed to list new officers for the organization, including CEO Lora Novellino, an edible cannabis distributor who previously gave Sunday sermons at Seaside Church. Novellino did not respond to a call seeking comment.

McNeal has been a member of the Oklevueha Native American Church — ONAC of Arroyo Seco’s namesake — and has been listed as an officer on multiple other ONAC-related filings across the state. McNeal is also a longtime business partner of Orange County-based attorney Matthew Pappas, who previously represented Seaside Church; Pappas is listed as the legal representative for SLCRB in its statement of information. According to the Secretary of State filing, Pappas shares an address with Pridham, who is listed at the address by the California Bar.

Pappas, along with McNeal and Brent Fraser, is named as a leader of Sacramental Life Church, an overarching body. Together, the three have made it their mission to advance civil rights in favor of cannabis use, and often work to establish and defend cannabis-based churches. Pappas and Fraser were also associated with Ministry Making and Maintenance, a consultancy that helped people establish cannabis churches.

Pappas did not respond to multiple calls seeking comment. However, in an interview last year, Pappas said that the government’s job isn’t to determine whether or not cannabis use is religious, but to protect a person’s right to practice religion.

Redondo Beach Police are aware of the church, according to Police Chief Keith Kauffman. City Attorney Michael Webb declined to speak on the issue, stating that he cannot comment on open cases and investigations.

District 5 Councilwoman Laura Emdee likened the situation to another issue that the city once faced on Artesia Boulevard.

“They’re doing exactly what the massage parlors did — it’s churning the owners over and over again, but they’re tied to the same people,” Emdee said.