RB election: Measure A loses, Aspel and Kilroy in runoff for mayor 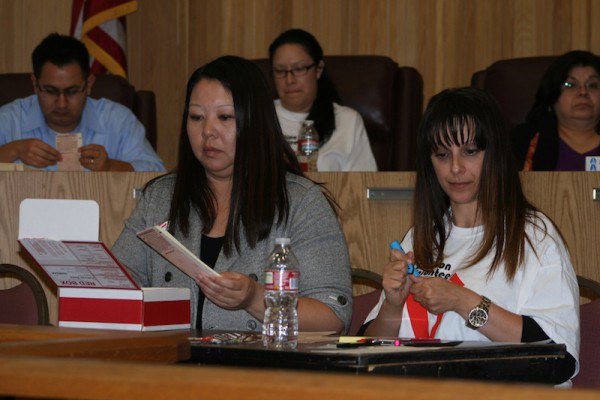 The final results are in.

No big surprises emerged in the city’s announcement Tuesday of the final numbers, which integrated the 1,590 votes that remained to be counted after last week’s municipal election.

As predicted at the initial count, Measure A lost by a slim margin. Those in favor of the ballot initiative, which aimed to permanently retire the AES power plant on Harbor Drive, numbered 6295 and made up 48.9 percent of the final vote.

Fifty-one percent of voters, or 6552 residents, voted against Measure A, ultimately defeating it.

Also predicted last week was Bill Brand’s victory in District 2, which proved to be an accurate forecast. The final count was 1,671 votes for Brand, or 56.3 percent of the total. As Brand garnered a clear majority in District 2, there will be no run-off for the seat. This will be Brand’s second term as the District 2 council member.

His opponent Michael Jackson won 999 votes, or 33.6 percent of the total, and Susan Kowalski earned 9.9 percent with 296 votes.

City Attorney Mike Webb, who is running unopposed for re-election, had 9,818 votes.

The three candidates running for the school board were also running unopposed. Brad Waller had 5,518 votes, Brad Serkin had 5,395 votes, and Mike Christensen had 6,920.

Overall voter turnout was 29.6 percent, which Manzano has said is higher than in previous years. Of 44,253 registered voters in Redondo Beach, 13,138 turned out to last week’s election. There were 6,984 absentee ballots cast, and the turnout at polling booths was 6,154.

See a fuller story in this week’s print edition of Easy Reader, which comes out on Thursday.