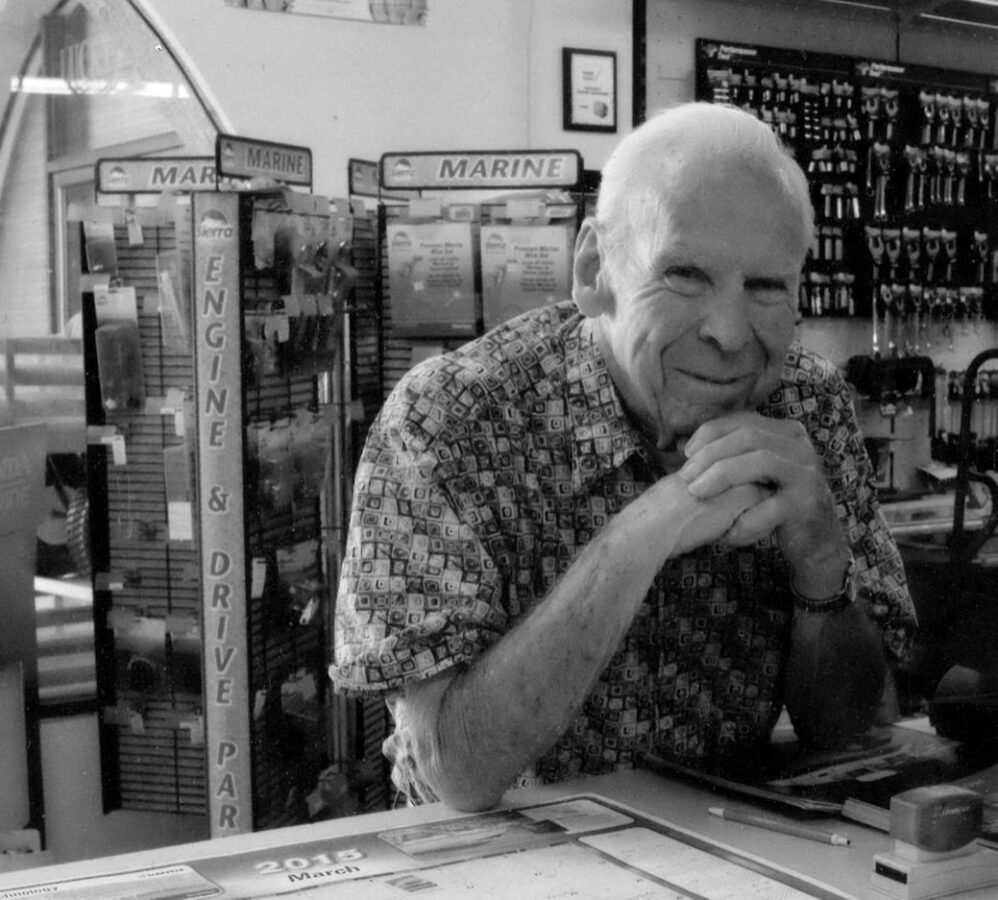 Joe Czuleger was a welcoming face for nearly seven decades at Redondo Marine (formerly the Trading Post) to boaters in need of parts and advice. Photo courtesy of the Czuleger family

Joe Czuleger was a sailor, and powerboater; snow, and water skier; and freshwater and saltwater fisherman. He was also a hunter, horseman, bicyclist, private pilot, and SCUBA diver.

He gave up golf for 30 years, but resumed playing after a heart attack.

Czuleger ran the Redondo Trading Post (now called Redondo Marine Hardware), from 1953 to 2020. In 2020, the California DMV took away his driver’s license, but he continued to drive the store’s Caterpillar forklift.

Redondo Marine, now run by his son Russ, is the last independent marine store between San Diego and Ventura.

Czulger passed away at age 95, one day after Christmas 2021.

After being drafted into the army following his junior year in high school, he was sent to the Philippines to fight the Japanese. He was in the first group of Americans to enter Hiroshima, after the atomic bomb was dropped. After the war, he was in one of the first classes at El Camino College.

Czuleger and his wife Helen were married for 66 years. They had six children, five grandchildren, and three great-grandchildren. To his 34 nieces and nephews he was lovingly known as uncle Joe. 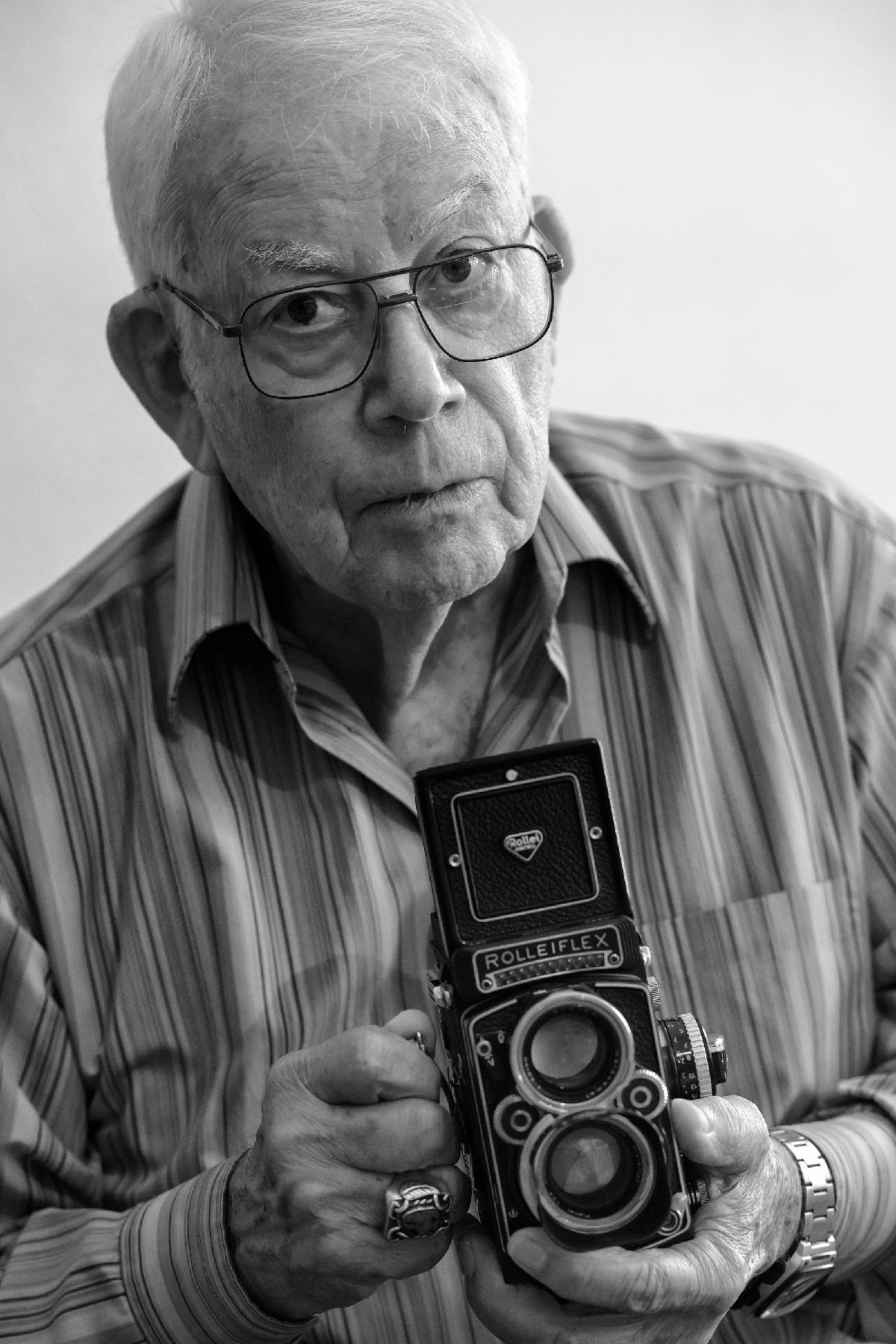 Paul Comon worked at his Hawthorne store through his late 80s. Photos courtesy of Paul’s Photo

for six decades, from behind

Paul Comon founded Paul’s Photo in Torrance in 1961, and continued to work behind the counter until the start of the pandemic, in 2020. Common passed away in March, at age 90

Common bought his first camera, a Kodak Retina, when he was deployed with the Torrance unit of the National Guard to the Korean War.

He and his wife Shirley raised four children. Son Mark described his dad as an avid tinkerer, and collector of coins, books and cameras.

He was buried at Arlington National Cemetery, with military honors. 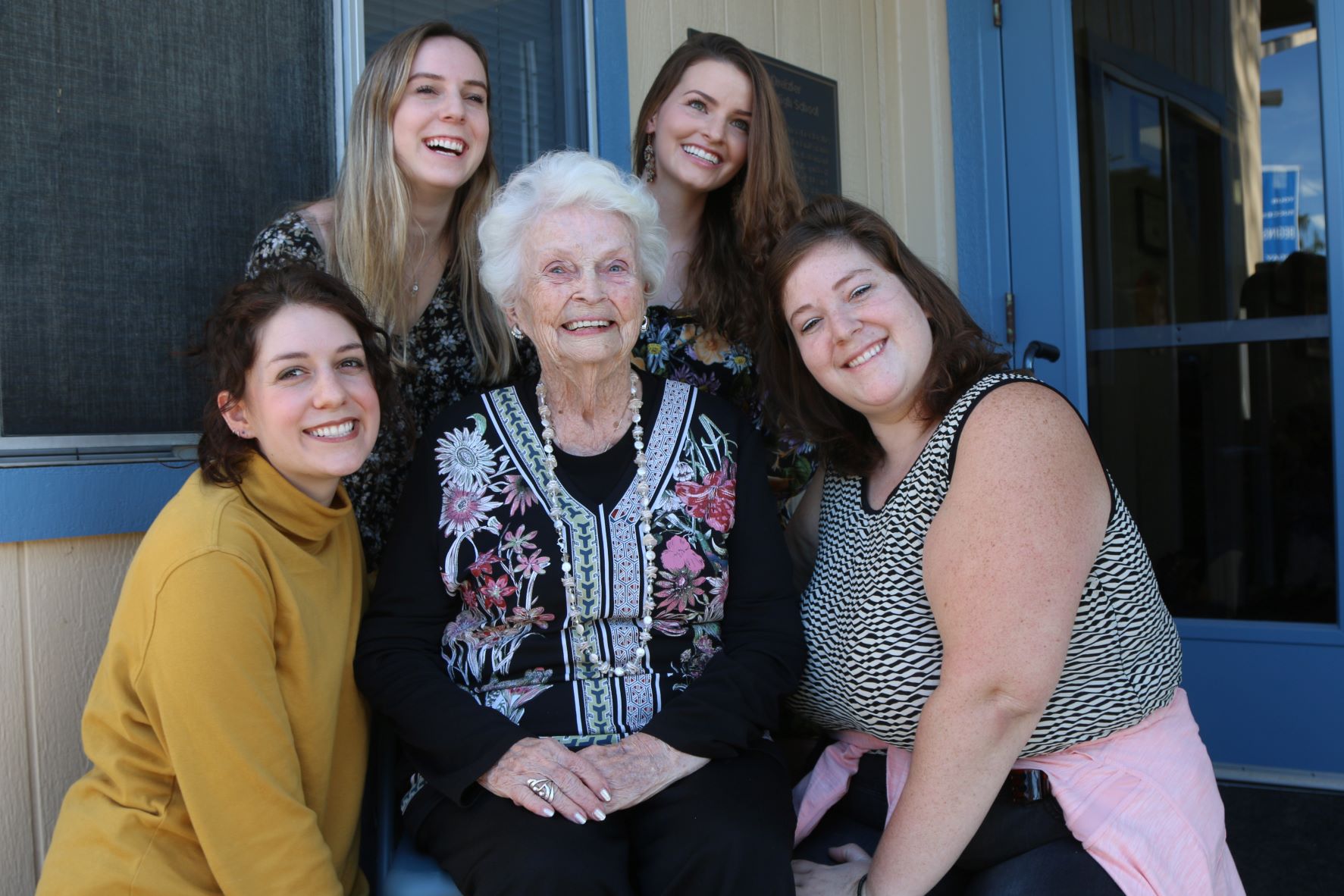 On the occasion of renaming Redondo Shores Continuation School in honor of Pat Dreizler, then principal Anthony Bridi said he stopped counting Dreizler’s community titles at 100.

“Redondo’s most treasured resident,” as School Board Trustee David Witkin said of Dreizler at the dedication, passed away on  June 5, in her sleep at her home in Redondo Beach. She was 95. 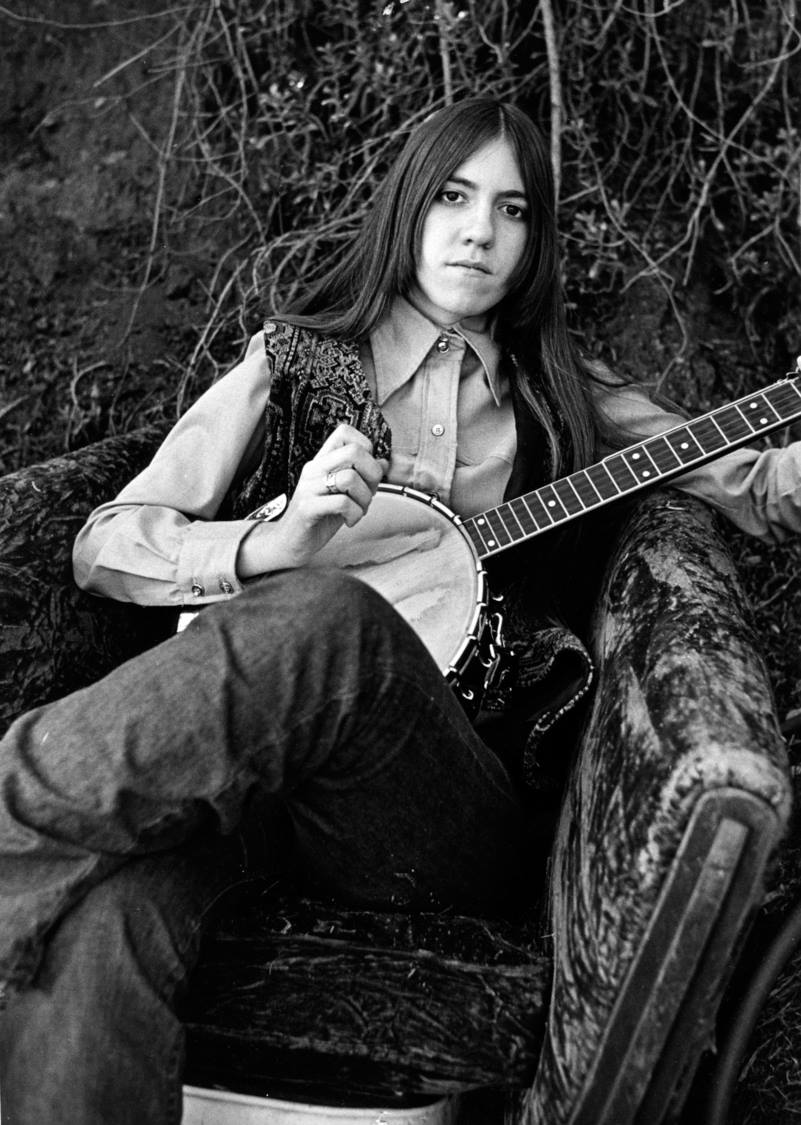 Mary McCaslin promo photo circa 1967 when she was on Capitol Records. Photo courtesy of the McCaslin family

Folk singer Mary McCaslin was born in Indianapolis, in a home for unwed mothers, and adopted by a family who raised her in Redondo Beach.

In “Way Out West, her popular 1974 folk song she recalls the move to Redondo Beach, though not fondly.

I couldn’t wait to ride the prairie on a pony

But we passed over the plains and on down

Into the great suburban stucco forest

The people there all held my dreams in jest

But it wasn’t long before McCaslin left Redondo to become one of her era’s most respected singer-songwriters.

Her career began at the Troubadour, in West Hollywood, performing on open-mic nights, hosted by future Monkee Michael Nesmith. Fellow performers included Nitty Gritty Dirt Band founder John McEuen, who told the New York Times, “We thought for a moment we might be the next big something. It was a lot of fun for no money. Mary was a unique singer who always sounded like someone on an old country record.”

McCaslin became known for her mountain-ballad versions of pop and rock songs of the ‘60s and ‘70s, such as the Who’s “Pinball Wizard” and The Supremes’ “You Keep Me Hangin’ On.”

McCaslin passed away Oct. 2 at her home in Hemet, at age 75, from progressive supranuclear palsy, a rare neurological disease.

Friends and family gather Aug. 19 on the Esplanade at a bench dedicated to Bob Valencia. Photo courtesy Terry Martinez

A bench was dedicated on the Esplanade above Redondo Beach in August in memory of Robert “Bob” Valencia, a former LAPD officer and lifelong Redondo Beach resident.

He was born in a house on Steinhart Avenue. Part of six generations of family who lived, or still live here, Valencia died of cancer April 24 at the age of 71.

The bench has a view of what was a favorite place of Valencia’s; the Knob Hill beach volleyball courts. An LAPD helicopter made a flyover at the bench dedication.

Redondo Beach political activist, and frequent Easy Reader Letter to the Editor contributor Bruce Szeles passed away Nov. 8 of glioblastoma cancer, at age 63. The Loyola Marymount graduate worked for many years in post production in the film industry. He ran unsuccessfully for the Redondo city council in 2009. Szeles ran for the Redondo Beach city council in 2009. Among his favorite activities was walking his dog, and meeting other dog walkers in his Torrance Seaside Community.