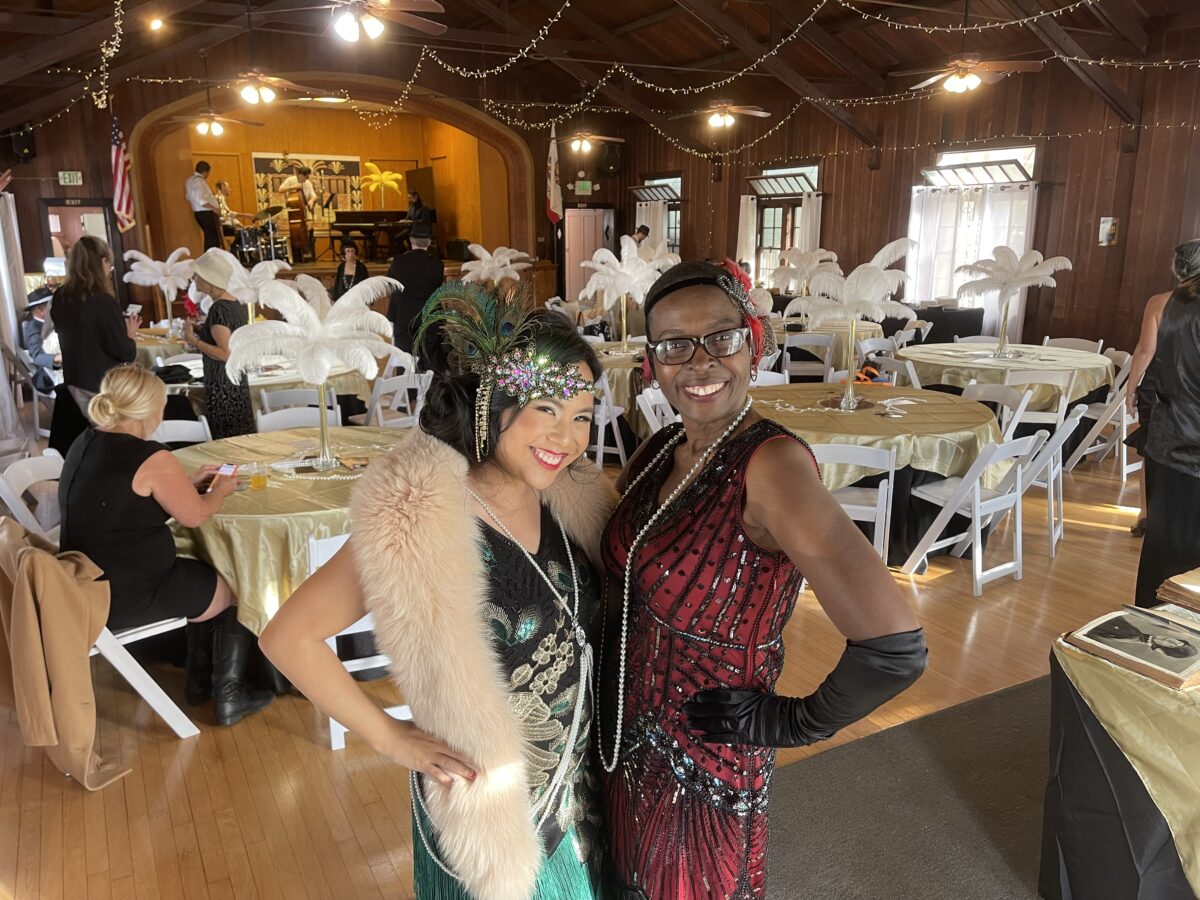 President Krista Suh, at left, and Clubwoman Lisa Mathis pose for a picture before the 100th gala at the Redondo Beach Woman’s Club Oct. 22. Photo by Matt Allen.

The Woman’s Club of Redondo Beach this fall celebrated the 100th anniversary of its building, an “Arts & Crafts” style meeting hall on South Broadway across from the fire station.

“The Great War had ended; the war to end all wars,” said Krista Suh, current Woman’s Club president. “They were just coming out of a pandemic. It was a very celebratory time, and women were limited in what they could do then to make a difference.”

The clubhouse was built 12 years after the group’s founding in 1908. Listed on the National Register of Historic Places, the building includes Redwood planks such as those used in Redondo Beach dock construction at the time.

Though it was built during Prohibition, for the anniversary gala, Woman’s Club members elected not to serve alcohol in teapots.

“We did consider it,” said Suh.

The event instead featured meatballs, egg rolls and French 75 cocktails.

“It not only was fun, it was very thoughtful in all the details,” Suh said.

The club made historically accurate, white-ostrich feather table centerpieces, which are now for rent.

Records show the first meeting at the building was held in October 1922. Construction began that May. To commemorate the timeline, this year, from May to October, the 50-member club displayed yellow and white lights, its official colors, along the roof trim. The Redondo Beach Fire Department put up the lights.

A non-profit service organization, the group gives out scholarships each May, and in December, adopts two families, one through the L.A. County Department of Children and Family Services and the other through the RBPD domestic violence survivor program. ER