Redondo Beach Year in Review: A political marathon, murders, and a manhunt 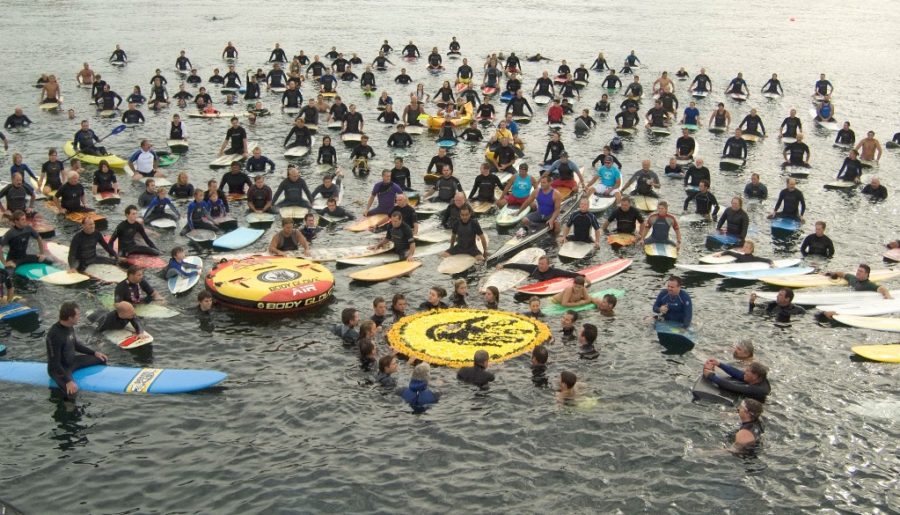 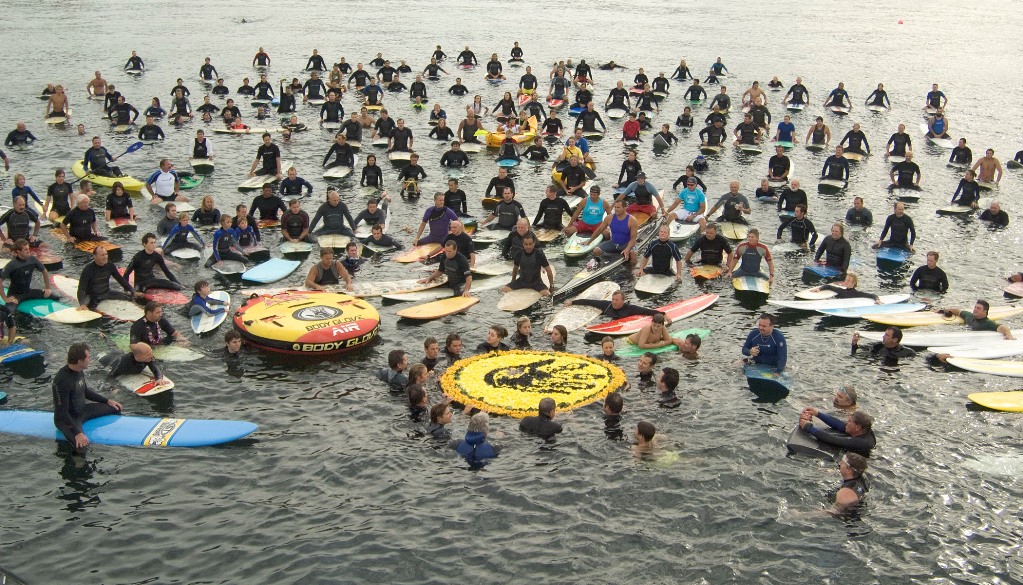 This year was a political one for Redondo Beach. Raucous elections colored the first half of the year; three voting periods were marked by allegations of political bullying and intimidation, angry catcalls during local government meetings and heavy public campaigns.

The political atmosphere was fraught, as the community argued vehemently over Measure A — an initiative defeated in March that intended to force the AES power plant from Redondo Beach — and then over the proposed $300 million plan to redevelop the harbor and waterfront.

The city hit some tragic lows this year, too. A Redondo Beach man was fatally shot in January; another was killed by an NSR-13 member in August. Longtime community activist and former councilmember John Parsons died unexpectedly, as did Bob Meistrell, the co-founder of Body Glove and inventor of the modern wetsuit.

As 2013 fades into history and 2014 approaches, the City of Redondo Beach remains on an exciting precipice. It is party to the state’s review of energy company AES’ application for permits to reconstruct its plant, which will decide the plant’s fate. And the long-awaited redevelopment of the harbor and waterfront area forged ahead this year. Developer CenterCal is nearing a more complete iteration of its intended design, and in March, the Zislis Group broke ground on the Harbor Drive Shade Hotel. 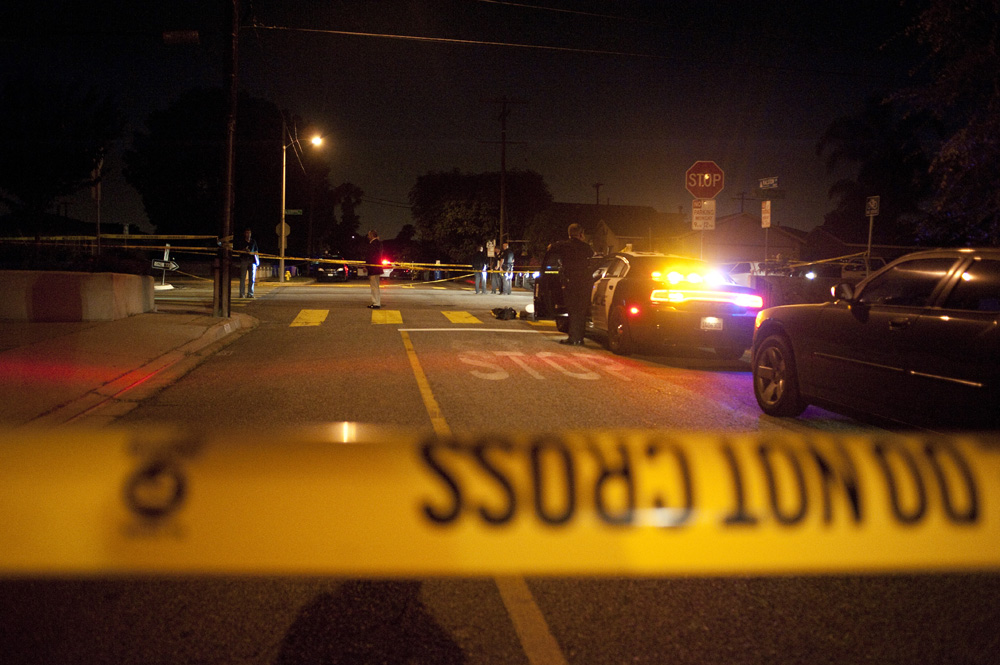 Two residents were shot and killed this year. The first, 22-year-old Devin Scandore, was shot at a punk show in Alpine Village before midnight on Jan. 20. His friends were convinced the shooter was a stranger to Scandore, who died of his injuries within hours.

Scandore’s friends remember him as being fiercely proud of his South Redondo roots. They said he loved to watch the sunset at Breakwall, surf, skateboard, camp, walk his dogs, eat at Classic Burger and cruise The Strand.

The second shooting occurred six months later. It sparked a very public murder investigation that to date has not reached resolution.

Bobby Reynolds, 38, was shot as he sat on a ledge waiting for his wife Monica and their daughter on a Friday night in June.

Police Chief Joe Leonardi said the shooting was not a drive-by but a targeted “assassination.”

Reynolds, a diabetic who had been recently hospitalized and was collecting disability payments, was shot multiple times at close range by a man witnesses saw fleeing to a silver Chrysler 300, a vehicle police later found abandoned several blocks from the crime scene.

The vehicle was registered to Erick Julian Ortega, 27, a documented NSR-13 (North Side Redondo) gang member with a criminal history that includes robbery and narcotics offenses.

In the wake of the shooting, two Lomita residents – Eduardo Losa, 42, and girlfriend Shelby Johnston, 29 – were arrested on respective charges of murder and being accessory to murder. Losa was also confirmed to be a documented member of NSR-13 whose criminal record includes charges of assault with a deadly weapon, robbery, and parole violation.

But less than a week later, both Losa and Johnston were released from custody, not because detectives believed they were uninvolved in the murder but because police have exactly 48 hours to either discharge or arraign a defendant. At the time, police didn’t have a bulletproof case.

Detectives never did confirm publicly whether they suspected a motive. Monica strongly insisted that the shooter was a stranger, and that her high school sweetheart had been the innocent victim of a violent crime.

There has been no news of Ortega’s whereabouts.

The City of Redondo Beach ran an electoral marathon of sorts this year.

The general election on March 5 was followed by two runoff cycles, the first to elect a mayor and three councilmembers, and the second to elect a city treasurer.

As compared with past elections, this one was expensive. The March 5 election cost taxpayers $284,281; the May 14 run-off $200,000. The July 23 election, necessitated by the surprise resignation of longtime city treasurer Ernie O’Dell, brought the total to over $644,000.

For purposes of comparison, the 2007 election period – which included a general municipal election and a runoff in District 5 – cost the city a total of $179,030.

Redondo’s charter requires a majority vote, meaning that a candidate has to earn more than 50 percent of the total. This system typically engenders a run-off, which some political observers believe is a costly and ineffective way of doing things.

Pat Aust, a longtime city council member and 44-year city employee, said the structure of the electoral cycle breeds dirty politics. At the end of a long campaign run, candidates are tired. They just want to win.

“We’re not seeing the best of any of the candidates, I believe,” Aust said. “We’re in survival mode now, so it’s like when you back ‘em into the trenches they’re gonna have to fight, and fighting isn’t pretty. Everybody gets dirty in a fight.

“I mean, early on, we were fighting because we thought there were differences between us. But now we’re just fighting.”

In the lead-up to each election, defamatory letters flooded the inboxes of local editors. Mass emails containing allegations of cronyism and political bullying circulated.

“This is politics at its lowest,” Steve Aspel said at the time. In May, Aspel won his bid to become the city’s mayor. “This kind of stuff that’s going on right now is reserved for third world politics, not for Redondo Beach. I’ve never seen anything like it.”

Bill Brand of District 2 was the only councilmember who won with a clear majority the first time around. The runoff in May yielded a narrow margin – Aspel defeated councilmember Matt Kilroy by just 148 votes.

Eighteen-year-old candidate Julian Stern made it past the first post, but lost to Stephen Sammarco in May. Jeff Ginsburg edged out activist Jim Light, a longtime champion of modest development in Redondo Beach, to become District 1 councilmember.

City Attorney Mike Webb, who ran unopposed, was sworn in for another term. Brad Waller, Brad Serkin, and Mike Christensen were elected to the School Board. All three ran unopposed.

And in July, termed-out councilmember Steve Diels beat out NoPowerPlant.com activist and financial professional Dawn Esser for the treasurer’s seat.

Kilroy, who lost the mayoral bid but still represents District 5 on the council, said 2013 was political “overload” for local voters.

“We started into this campaign period so quickly after the November [national] elections [in 2012], voters could barely come up for air,” he said. “In a perfect world, candidates would lay out their resumes, credentials, and vision and voters would vote on that… In a perfect world you’d like the election to be about issues that matter and you’d like it to take less than six months.”

Officers were reportedly responding to a “shots fired” call when they saw a black pick-up truck (pictured) and shot at it. The driver, Redondo resident David Perdue, was not hit. Photo

The frantic hunt for rogue cop Christopher Dorner that captivated the nation made a stop in Redondo Beach.

Torrance Police officers mistook a Redondo Beach resident for Dorner and shot at his truck, causing a flurry of activity at the intersection of Beryl and Flagler – and landing themselves in the midst of a lawsuit.

David Perdue, who has a wife and two kids and was at the time employed as a baggage handler at LAX, was driving to the beach on a morning in February.

An officer in a Torrance Police vehicle flagged him down and asked him what he was doing in the neighborhood. Perdue offered his identification card and explained he was going surfing, and the officer sent him on his way.

Within 10 seconds, Perdue’s attorney said, a second Torrance Police car “rammed David’s truck and spun him around.” According to the attorney, the vehicle “broadsided” Perdue without warning at approximately 5:15 a.m.

Officers then fired three shots through the windshield of Perdue’s truck, reportedly on the assumption he was Dorner. All shots fired missed Perdue.

Perdue was then ordered out of his truck and “face down on the ground.”

Six months later, the City of Torrance paid $20,000 to Perdue for damage to his truck. The lawsuit reportedly continues.

The $300 million redevelopment of the Redondo Beach waterfront is nigh.

After discussing it for more than a decade, the City Council is pressing ahead with its vision to revamp an area that has plummeted from its 1980s peak.

These days, there is friction at meetings between those who believe the project is urgently necessary, and those who firmly believe in holding off. Dozens of people turn out to public meetings, making passionate pleas for the council to “Stop the mall.” Dozens more urge the council to approve a project that could transform the city’s waterfront into the bustling town center it was before it fell prey to natural disaster, negative publicity, and age.

The pier and harbor once boasted annual visitor numbers comparable to those recorded at Disneyland and Universal Studios, according to the city.

In 1988, a fire and storm ravaged the waterfront, which fell into decline. In 2010, voters passed Measure G, a watershed initiative that rezoned the harbor area and allowed 400,000 square feet of additional development in the area.

Last year, the pier’s biggest leasehold – the southernmost section – got a million-dollar facelift, but today much of the harbor area still boasts dilapidated storefronts, rundown infrastructure, and relatively dismal visitor numbers. To proceed with a bigger and more transformational revitalization, in 2012 the city vetted and chose CenterCal to be its development partner.

CenterCal proceeded to publicize and host eight public consultation meetings. In March, CenterCal presented its first set of drawings to the council, and in July, came to the table with an evolved set of renderings.

It was then that the City Council signed a formal memorandum of understanding with CenterCal. It also voted to initiate the process of reviewing the project’s environmental impact, which is likely to take a total of 18 months.

CenterCal has pledged to invest no less than $200 million up front, and the city has agreed to invest $25 million – $7 million from a restricted fund earmarked for storm water, waste, and transport; $18 million from expected revenue.

City staff has pointed out that without the project, taxpayers will in coming years have to pay for the replacement of an aging parking structure at the pier and will continue absorbing a loss of $200,000 annually to operate Seaside Lagoon.

“We’ve got to address the lagoon either way, whether CenterCal’s here or not,” said harbor, business, and transit director Pete Carmichael. “It’s a struggle from a water quality standpoint – we chlorinate and unchlorinate it, we’re losing our hot water source from AES…”

Centercal wants a 10 percent return on its investment; once that is achieved, 25 percent of any additional ground rent revenues will go to the city.

In recent months, there has been fiery debate over whether the project constitutes a mall. The city’s real estate adviser Larry Kosmont describes the project as a “lifestyle center” because it includes open and recreational space; District 4 councilmember Steve Sammarco describes it as a “mega-mall.”

CenterCal maintains that it is trying to accommodate residents’ wishes, and that it is not intending to develop a mall.

“Calling our project a mall is like calling the ocean a desert because they both have sand,” CEO Fred Bruning said at a recent City Council meeting.

Some Redondo Beach residents desperately want the city to retain its sleepy charm. Others are excited about the injection of fresh energy into an area whose prominence has plummeted from its peak in the late eighties.

In July, the City Council voted to initiate an 18-month review of the proposed project’s potential impact on its neighbors and environment. The review is likely to wrap up in August 2015; subsequently CenterCal will seek permits and entitlements and endeavor to sign a ground lease by 2016.

Part of the broader waterfront redevelopment project is already underway – in March, Zislis Group broke ground on Shade Hotel, a 54-room boutique affair reminiscent of the Manhattan Beach establishment by the same name.