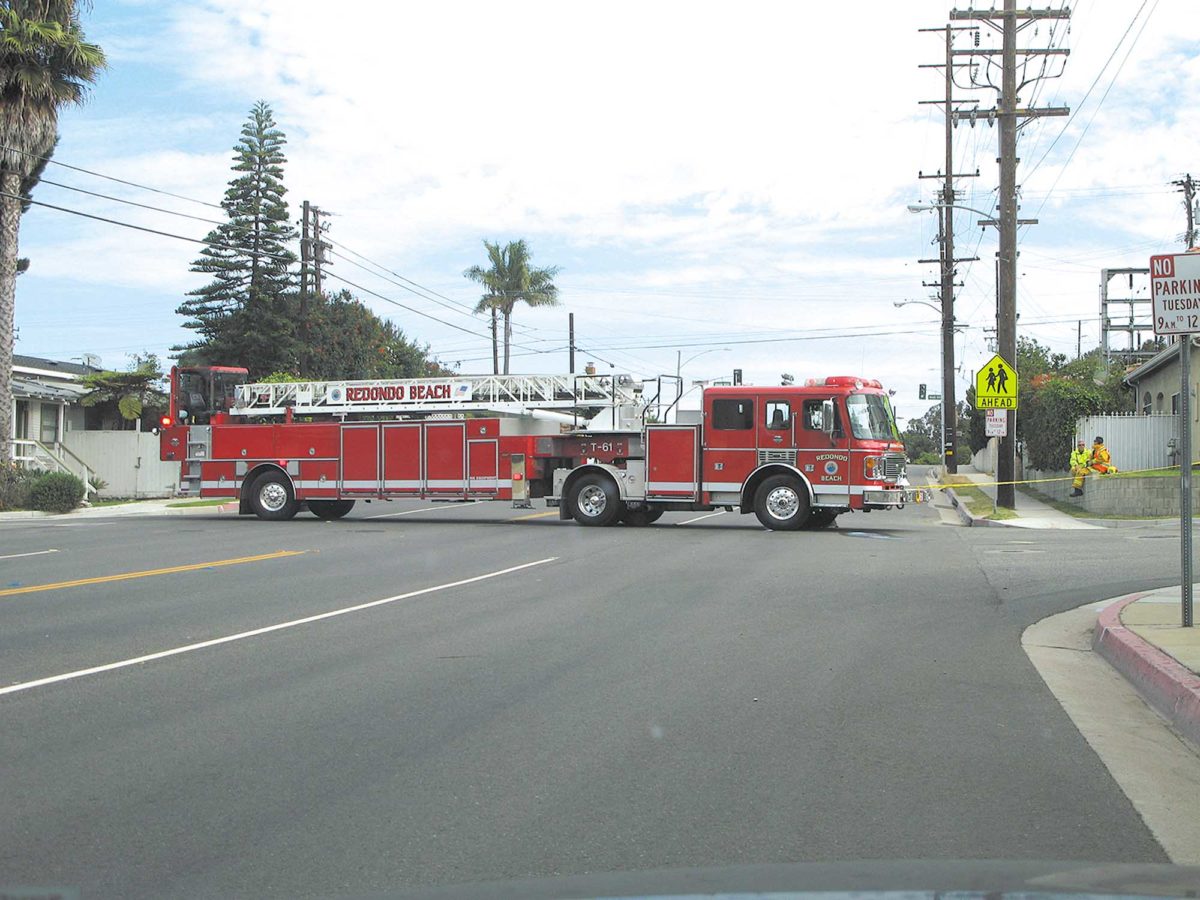 The Redondo Beach City Council has elected to halt a survey studying whether to consolidate its fire services with the Los Angeles County Fire Department. File photo

After two hours of discussion, half of the Redondo Beach City Council and many members of the Redondo Beach Firefighters Association were left asking one question of the Council member who halted the city’s examination into partnering with the LA County Fire Fire Department: What changed?

With a vote of two council members to three, Redondo Beach declined to enter into a $24,000 reimbursement agreement that would have allowed County Fire to continue surveying the costs and realities needed for consolidating municipal fire services into the County. Redondo chose to investigate consolidation as a potential measure to stem the tide of rising pension costs, and solve a year-long pay dispute with its firefighters. Redondo is in the midst of a structural budget deficit amongst stagnating revenues and rising costs.

The decision to hold the survey came at the behest of Councilman John Gran, who represented a swing vote for survey-opposed Council members Christian Horvath and Laura Emdee, rather than between pro-survey Council members Nils Nehrenheim and Todd Loewenstein. Gran made his intentions clear early on, saying that he just doesn’t see that the money is there. The County doesn’t often change its projections on a quote for service, he found, and existing projections weren’t attractive enough for him to press on.

“I think we have a lot to do on our finances…figure out raises, get through labor negotiations. We have a lot of things to do right now, but this is a distraction,” Gran said, before borrowing a well-used phrase amongst his colleagues. “We have more rocks to turn, but this isn’t it, and I don’t want to give you false hope.”

In April, the Council reviewed an initial survey that said County services may save Redondo between $4 million and $7 million annually, based on two quoted service options. Option A, as it was named in the study, would reduce daily fire staffing to 16 uniformed personnel in Redondo Beach. Option B would maintain RBFD’s current levels of daily staffing of 19 personnel.

Redondo Fire Chief Robert Metzger pushed back on those figures, saying that legacy costs remaining with the City—including pension costs, internal overhead costs, worker’s compensation and lost revenues—would either cost Redondo more or break even. That night, Gran stood with Loewenstein and Nehrenheim, and met repeatedly over the next months with firefighters and Budget and Finance commissioners to find an answer.

On Tuesday, Gran’s decision boiled down to one question: Does the money make sense? To him, it didn’t — Redondo needed to save at least $1.5 million per year to make the deal worth it to him. According to his calculations, which were based on projections by Redondo Beach Firefighters Association member Kenny Campos, Redondo would not reach his annual threshold with Option B.

Throughout the discussions, Option A was generally left out of consideration. As Horvath put it in April, why would Redondo consider less staffing when its daily staffing is already at bare-bones levels? A plea by Budget and Finance Commissioner Matthew Hinsley, for the Council to refer the item’s Option A back to Budget and Finance for further inspection, akin to that which they did for Option B, fell flat.

But Redondo’s firefighters—led by Campos and RBFA President Greg Allen—argued that the County’s regional service model might actually improve service, as outlying areas of the City would be closer to County fire stations in Lawndale, Hawthorne and the Palos Verdes Peninsula, than existing RBFD stations. Campos continued to argue that Gran’s projections were short-sighted, believing the city would see cost savings in the hundreds of millions in 40 years.

RBFA has championed the survey — more than 70 percent of its surveyed membership urged the city to press on. Morale amongst firefighters is poor, Allen told the Council, and RBFA is chafed that they weren’t allowed to sit in on intra-city discussions regarding the move.

“How can we have [transparency] if we don’t have the other side of this study?” Allen asked. “There was a $38,000 check cut for a consultant for Anderson Park. We don’t want to spend $24,000 to find out if we can save millions?… That’s not transparent at all.”

During his remarks, Brand didn’t shy away from characterizing the move as a potential cost-saving measure. He noted that there have been discussions about sending a potential sales tax increase to the ballot for residents to decide.

“But I’m damn sure not going to go to the residents for a tax increase if we’re going to ignore staff recommendations,” Brand said, especially if his colleagues have not exhausted every other possible outcome for saving money.

“We don’t know what we don’t know, but we think we know it,” Lowenstein said as the discussion came to a close. “We all know that the cost is going to go up. I’m not going to be the guy to say I’m going to raise taxes or cut services because I was left with those…I want to be able to say we looked under every stone…what’s changed since April? I don’t know.”