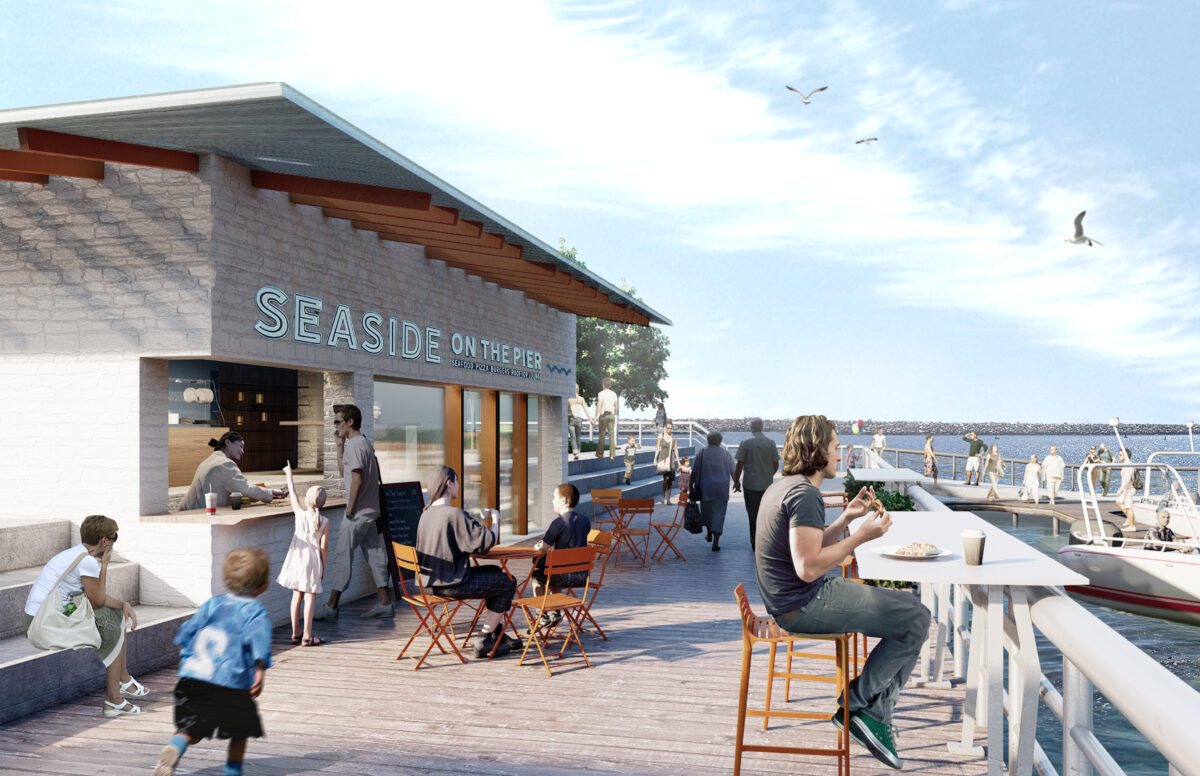 A rendering of what a re-vamped and re-named Sportfishing Pier may become -- without the sportfishing. Illustration courtesy SWA Group

The projected construction cost, across five mainly recreational areas, is $106,994,328.

This includes $16 million for the Sportfishing Pier, $20 million for Seaside Lagoon and $7.9 million for car and pedestrian circulation improvements. New features include a public boat launch and dinghy dock.

After a year-long process to gather public input, some decisions have now been made.

Among them: no bandshell at Seaside Lagoon. It was deemed too limiting to specific events. The watercraft handlaunch (behind Seaside Lagoon) will be zero-depth and ADA-accessible. No fishing may be allowed on the Sportfishing Pier. It will focus on restaurants and other public amenities and likely be renamed.

Moonstone Park would get a restroom and beach-shower. The long-sought public boat launch will go at Mole D (behind Captain Kidd’s), with a dedicated vehicle lane through the adjacent parking lot.

The existing boat hoist off the International Boardwalk will remain. The Boardwalk would get a widened main walkway, and a reinforced seawall to guard against rising sea levels.

The SWA plan also includes pathways between each “node” of the waterfront.

The Harbor commission later sent the amenities plan to the city council with comments.

In addition, at the Sept. 12 meeting, the commission decided it would appoint a subcommittee for a more detailed look at dry boat storage.

Harbor Commission President Roger Carlson emphasized that residents (and non-residents) may still comment on all of the plans contained in SWA’s 242-page report.

The document includes a list of possible public and private funding sources.

“Everything here is just a suggestion,” Carlson said. “The bulldozers aren’t rolling tomorrow.”

“We’re listing the ingredients of a bowl of soup, we’re not making the soup yet,” said Greg Kapovich, waterfront and economic development director. 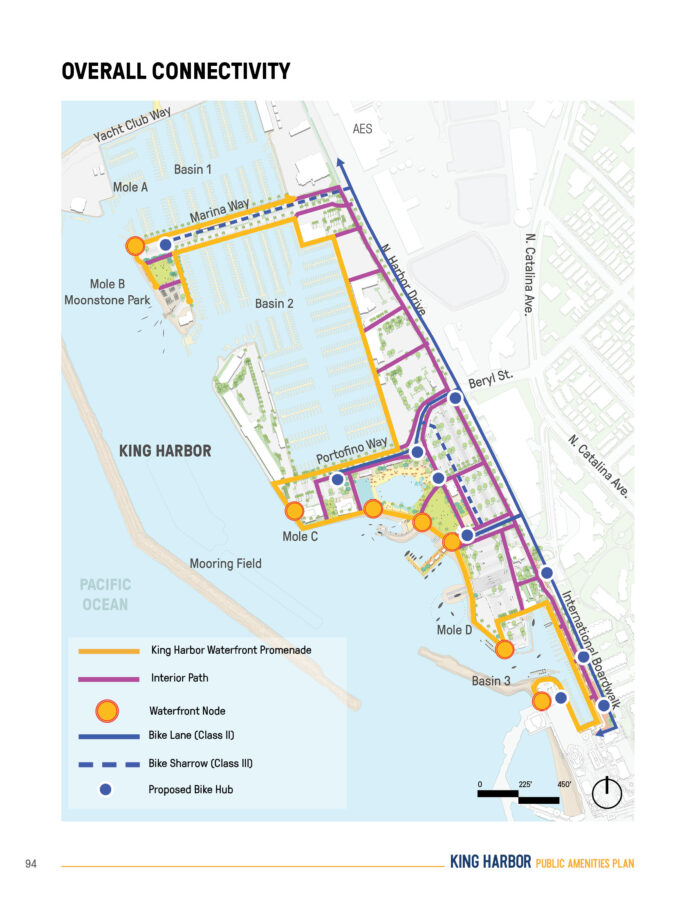 Carlson called for a pedestrian and bicycle route plan from the edge of Hermosa Beach, on the north, to Torrance Beach, on the south.

“It’s really difficult to navigate the pier,” he said, noting it would expand the scope of SWA’s assignment.

Harbor Commissioner Matthew Kilroy wanted to be sure priority went to self-sustaining projects, those that pay for their ongoing maintenance.

Discussion veered to whether a proposed grass area next to Seaside Lagoon would be real grass, and whether such a feature would be used. Also, concern was expressed about making Seaside Lagoon smaller.

“It’s cold down there. That’s why it’s not (used) year-round,” said Harbor Commissioner Vicki Callahan. “The hotels don’t even use their pools in the winter.”

“I think the lawn is a waste of space,” said Commissioner Jim Light.

Others suggested the lawn would be a place to get close to the water without having to pay to go inside Seaside Lagoon.

“We’re undercalculating the impact of the space per user,” Light said.

Discussion also addressed ways for cars to park closer to the hand launch, so users do not have to roll, or carry their watercraft from the parking lot.

A copy of the SWA draft is online at Khamenitiesplan.com. It will go before the city council Oct. 18.

The council is expected to formalize a document to go out for proposals by the end of the year, or early 2023. ER