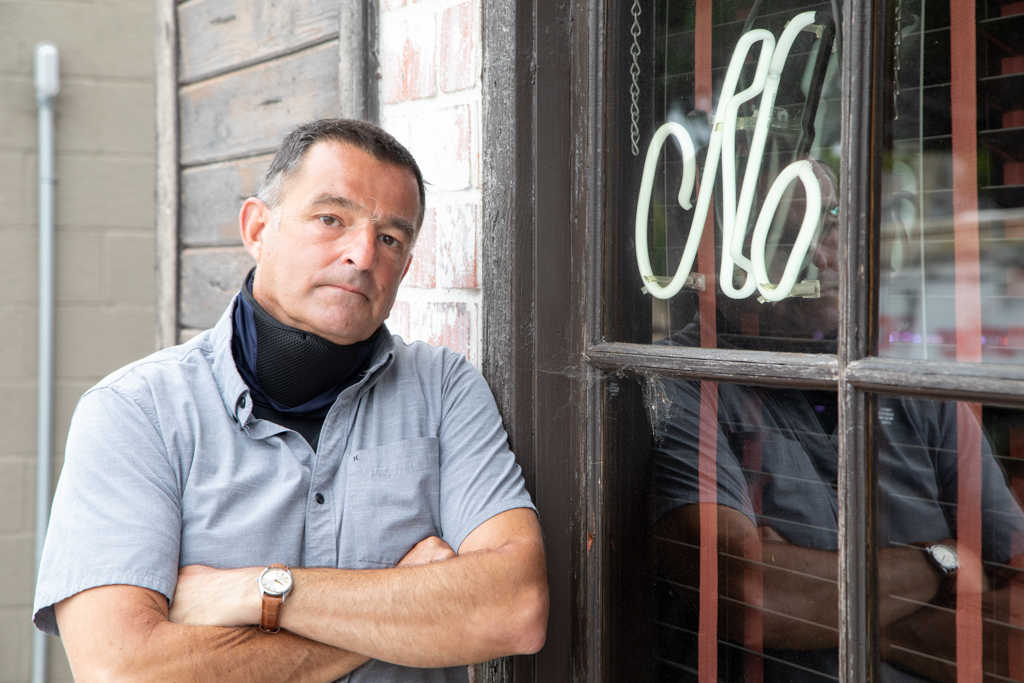 As the Fourth of July draws near each year and the anticipation of the Beach Cities’ fireworks shows increases, Ed Castro prepares for flag-adorned party-goers to flood his New Starboard Attitude on the Redondo Beach pier. He books two live bands, stocks up on Budweiser’s holiday bottles, and schedules his best bartenders to take on the stampede of customers.

But not this year.

In a briefing on Sunday, Governor Gavin Newsom mandated bars in Los Angeles and seven other counties be shut down immediately due to an increase in cases of the novel coronavirus. On Wednesday, the governor broadened the order by ordering restaurants to cease inside dining for at least three weeks.

“I’m sure [because of the virus] my liability insurance renewal will be outrageous,” said Castro. “I don’t know when I’m going to reopen. It’s really stressful; it’s really distressing.”

Some bars in the South Bay, like Artesia Bar and Shellback Tavern, had a brief taste of normalcy before the newest shutdown; Castro, however, hasn’t opened his doors in nearly four months. 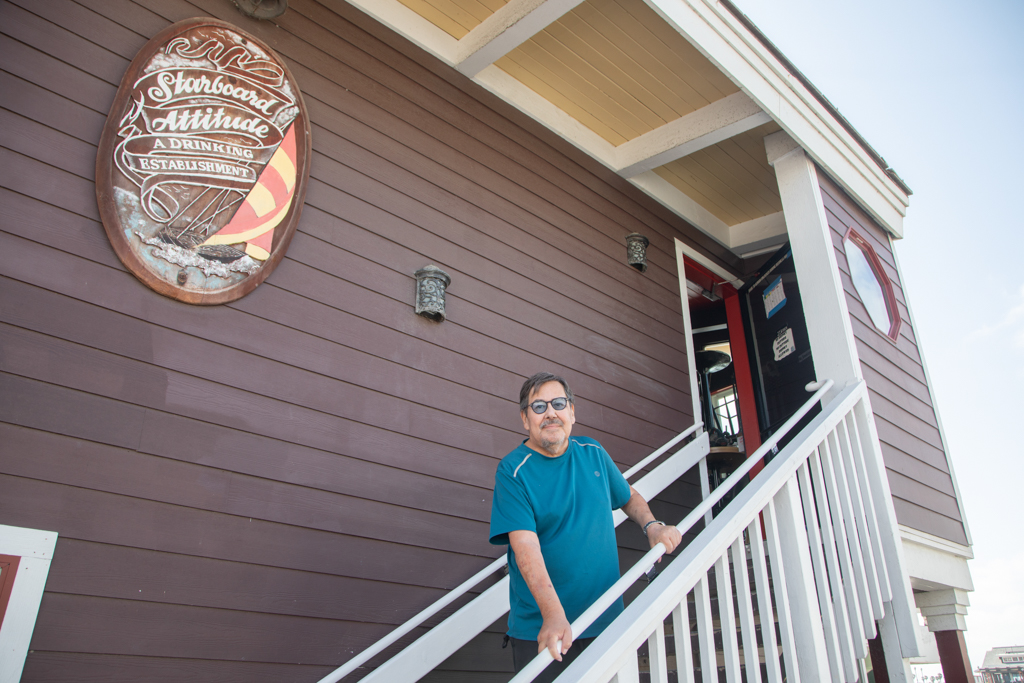 New Starboard Attitude owner Ed Castro held off re-opening until he could make his bar on the Redondo pier compliant with health guidelines. Photos by JP Corder

“I never reopened,” said Castro. “I was scheduled to open July 3. As of July 15, I’ll have been closed for four months.”

Castro held off on opening until he was certain New Starboard Attitude was  CDC-compliant and ready for frequent health inspections.

“I put Plexiglass around the entire bar; I sanitized the bathrooms; I put new carpet in the club,” he said. “I even ordered new barstools and those are still getting delivered because I can’t cancel the order.”

Even though New Starboard Attitude is well equipped for social distancing, the bar’s lack of a kitchen and its designation as a “bar and music venue” make it susceptible to the shutdown. Artesia Bar is in the same position.

Barreiro said getting the bar in compliance with CDC regulations was an all-for-naught expense.

“We hadn’t been making any money for three-and-a-half months, so to have to get that expense and re-buy all the liquor that went bad, it was a lot of money and a lot of effort,” said Barreiro.

And, as the only LGBTQ+ hotspot in the South Bay, Artesia Bar missed out on one of their most awaited times of the year.

“We missed out on Pride month,” said Barreiro. “We’re the only gay bar between West Hollywood and Long Beach; we’re a unique spot.”

“I thought I was going to be Rick Blaine from ‘Casablanca’ when I bought this place, you know, walking around with a cigarette hanging from my mouth and being cool,” said Barreiro. “But it turns out it’s a lot more work and a lot more stress and the risk exponentially multiples itself.”

“[My landlord] has been really good about working with me; I have no qualms about that,” said Castro. “But I do know I have to pay the backrent — I just hope I’ll be able to pay them in installments. I just don’t have the money.”

As pubs and small bars unplugged their “open” signs, Shellback Tavern in Manhattan Beach reverted back to dine-in service only, until Wednesday’s news of take out and outside dining only.

“When we were allowed to open before bars were, we stopped using the bar counter and put tables there instead,” said owner, Bob Beverly. “When they allowed us to sell alcohol without food, we still didn’t put the stools back.”

Health officials correlated the recent spike in COVID-19 cases in LA county with the opening of bars. County inspectors found that since reopening on June 20, 49 percent of bars were not in compliance with social distancing guidelines and 54 percent were not enforcing masks. Beverly and Barreiro acknowledged that enforcing masks in a bar is difficult.

“When we’re [down] to such limited occupancy, we can be pretty picky about who we let in,” said Beverly. “They cannot come in without a mask. We only had one situation where we had to say, ‘Hey, follow the rules or we’ll call the police.’ We don’t hesitate to call the police.”

“At the beginning, everyone was walking in with their masks on,” said Barreiro. “But, you know, you get a couple of drinks in you and all of a sudden it’s ‘Ah, to hell with it. Let’s see what happens.’”

While new regulations — including closures of beaches and bike paths as well as the cancellation of firework celebrations — are designed to mitigate crowds during the holiday weekend, bar owners and employees are frustrated with the finger being pointed at their industry.

“I don’t think it’s fair to blanket all the bars the way they are doing,” said Castro. “I think those that aren’t complying should be closed, but I think bars that are going to adhere to what the health department wants should be in consideration to be open and then monitor from that point.”

“I don’t think [bars] are the main problem, but they’re part of the problem,” Beverly said. “I think we’ve seen some real weak leadership, from the President on down on how this should have been dealt with. We look like clowns.”

Barreiro believes there are multiple facets that led to an increase in Covid-19 cases, and that the reopening of bars was simply the pernicious cherry on top of a lethal sundae.

“This influx of cases can’t be from one week of bars being open,” said Barreiro. “This is from Memorial Day and the protests and just all of it piled on top.” ER