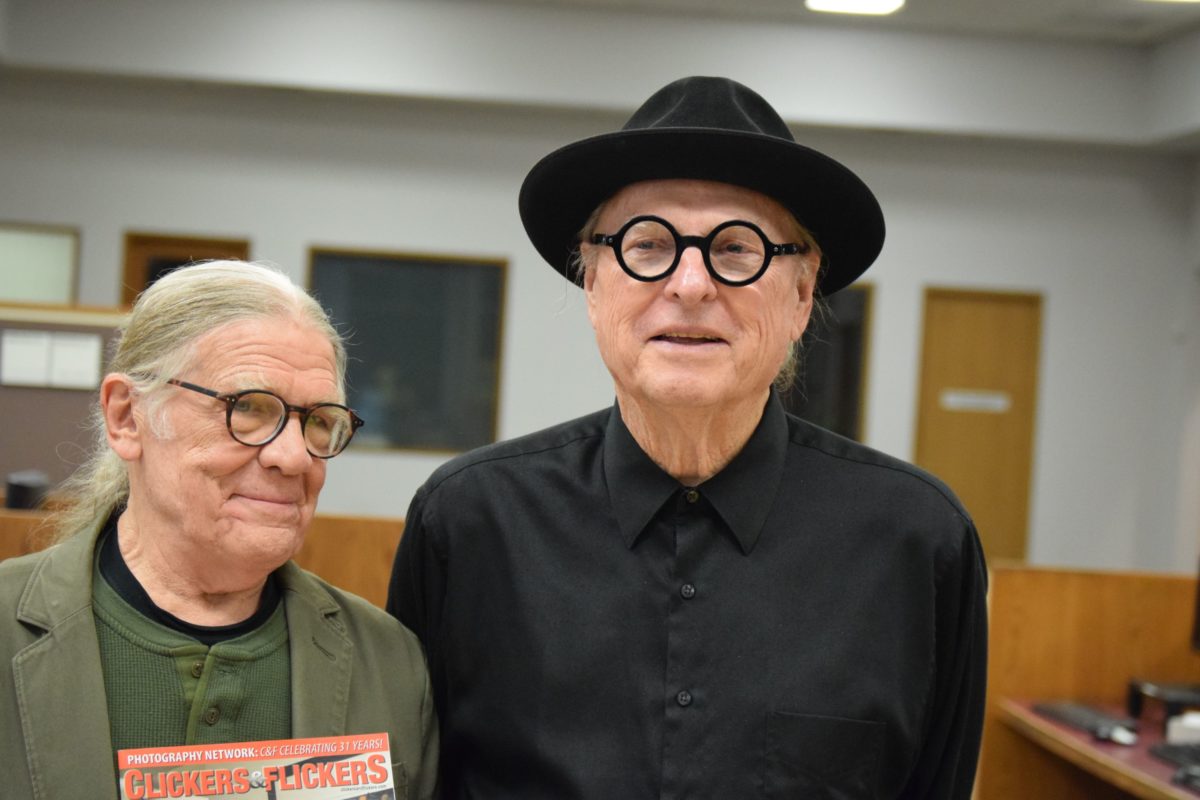 If you have even a handful of record jackets from the late 1960s and early ‘70s, chances are at least one or two of them would have been photographed and/or designed by Henry Diltz or John Van Hamersveld.

Both men spoke at length about their work, accompanied by slide shows, on the last day of January in the El Segundo Public library. We heard about their formative years and how they landed in the business of documenting many of rock ‘n’ roll’s most acclaimed artists and performers. The standing-room-only crowd hung on every word.

The evening was a trip down the back alley of memory lane, accompanied by insightful anecdotes. The 12”x12” LP cover format provided a canvas that disappeared with the advent and decline of CDs, and subsequently with today’s music streaming It’s not so much a lost art as one that no longer has a viable home. Record stores? Now it’s thrift shops or antique malls. Does anyone remember what it was like to remove the shrinkwrap from a new album and to inhale the scent of the fresh packaging? I’ll tell you. It was pure bliss.

The event was impressively introduced and moderated by producer and journalist Stephen K. Peeples, himself a rock ‘n’ roll insider since the 1970s. El Segundo Library’s Roz Templin was thrilled at the turnout and hopes the library will follow up more such presentations in the near future. 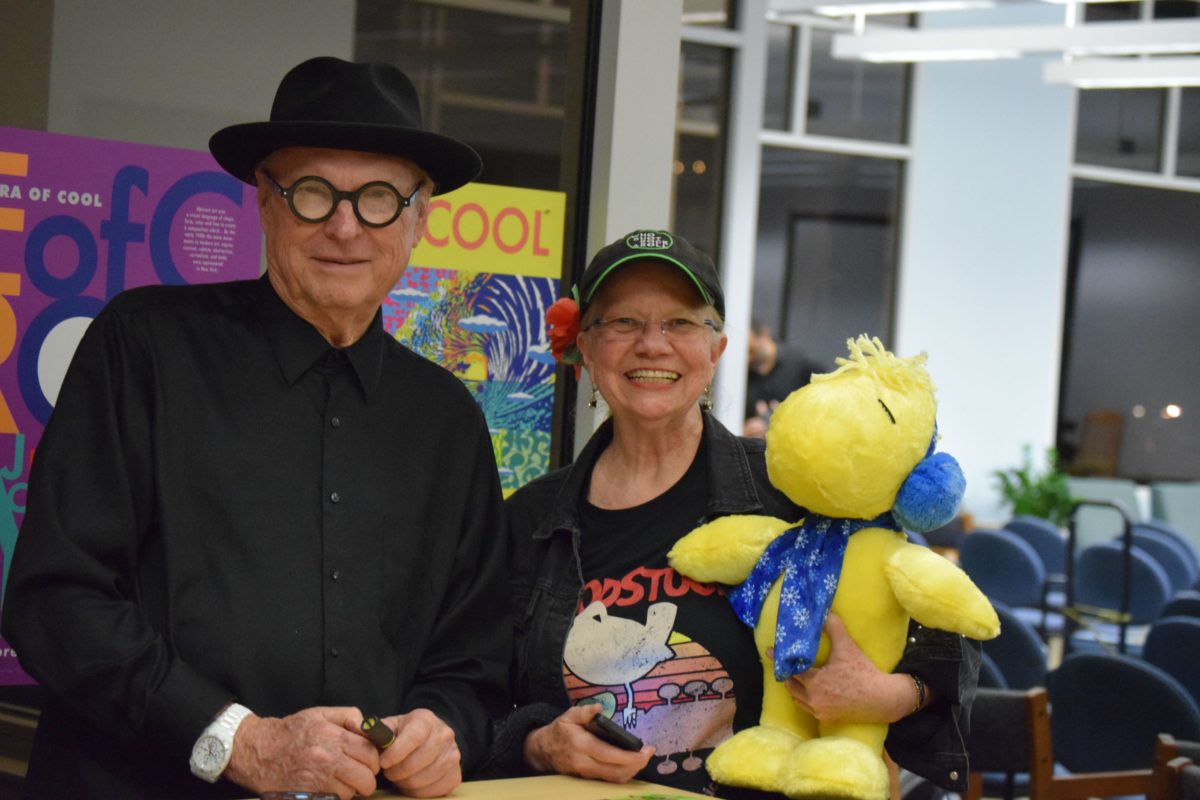 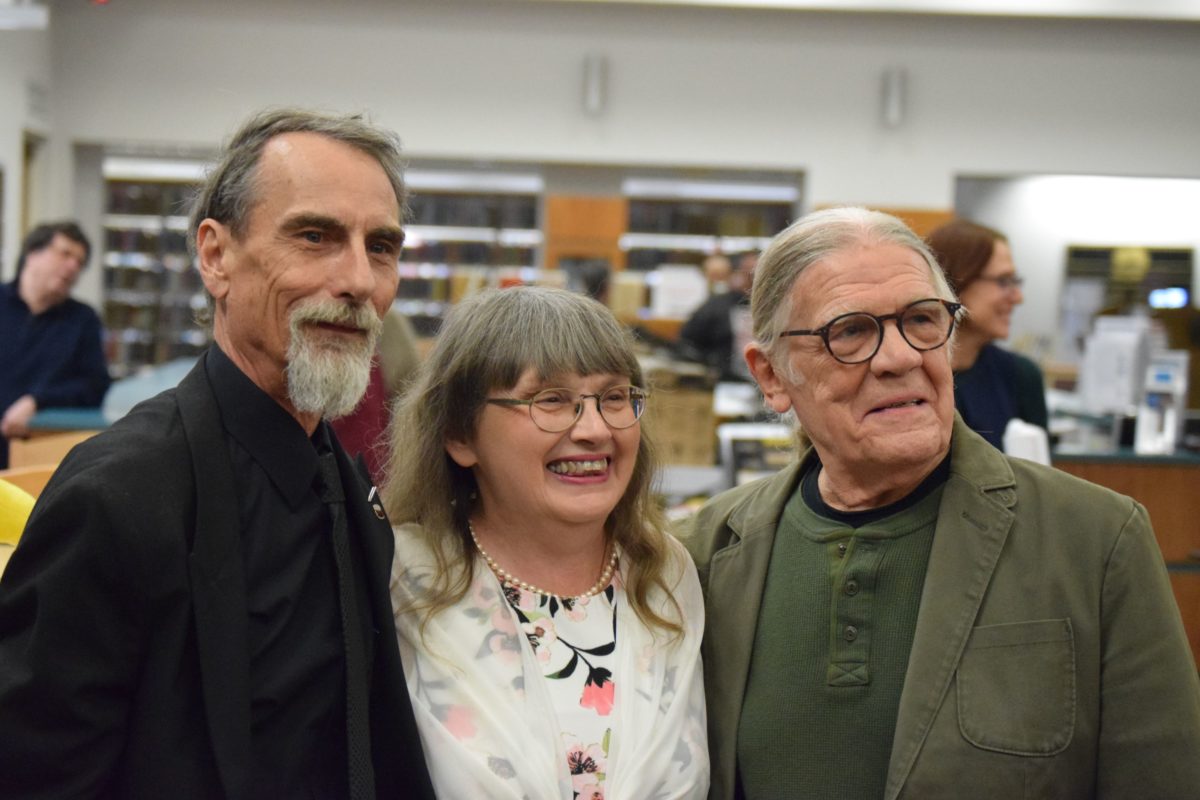 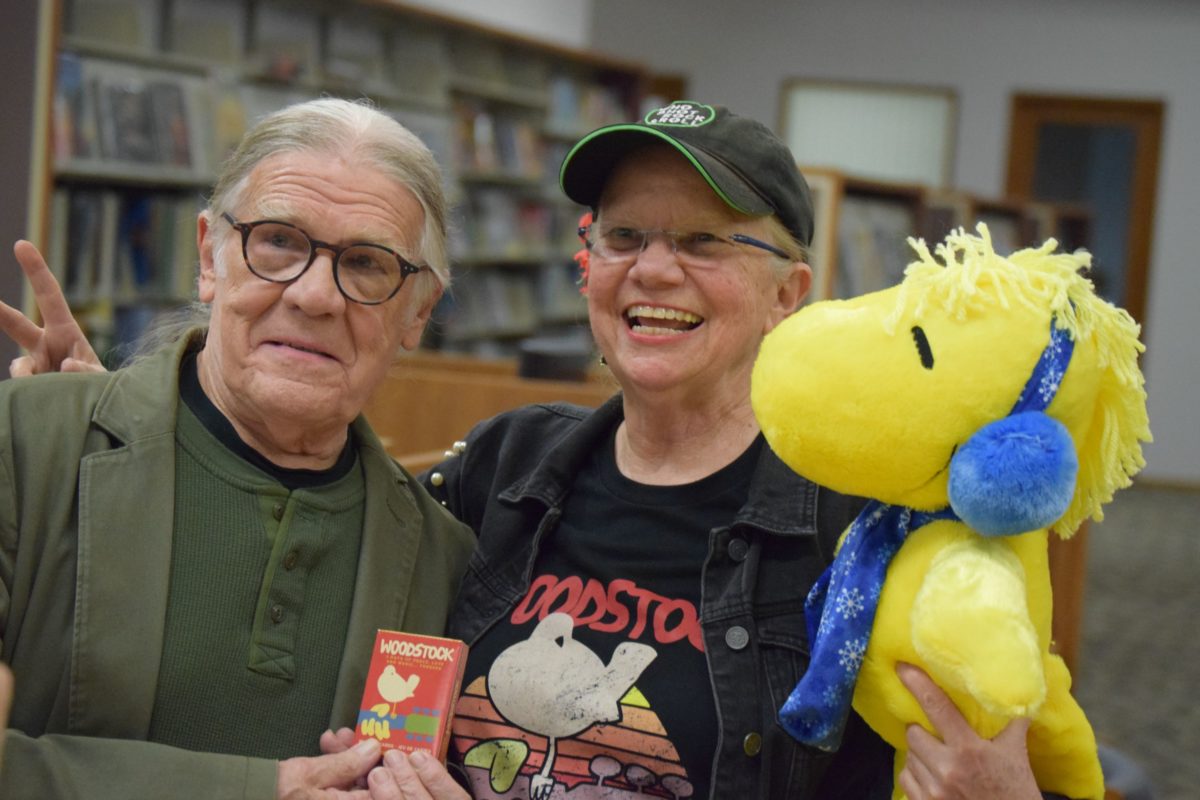