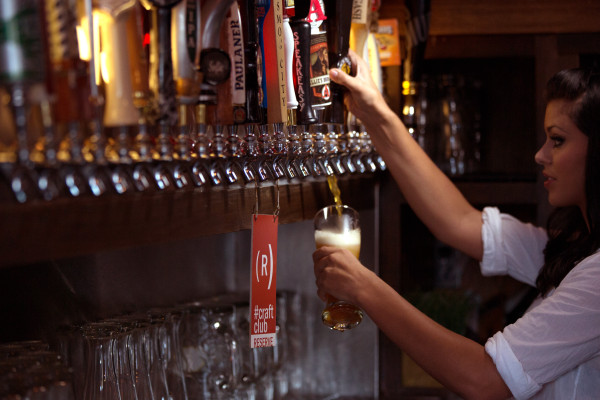 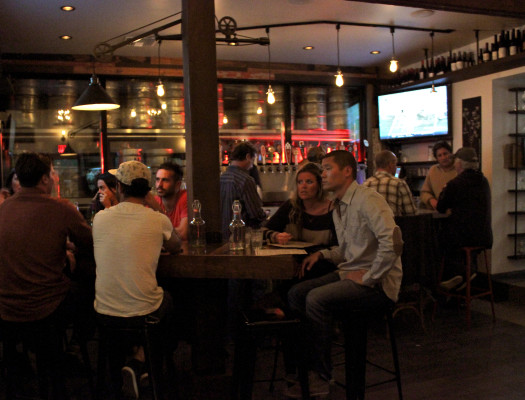 The field of applied statistics known as “analytics” has become pervasive across society, providing insights into everything from who reads a newspaper article (and for how long) to the offensive efficiency of a major league first baseman or an NBA point guard. 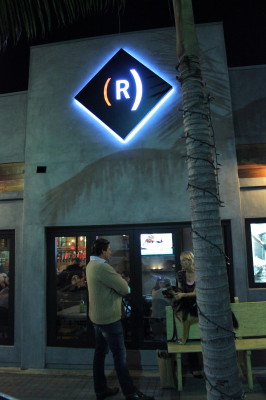 The Rockefeller, newly opened on Highland Avenue in Manhattan Beach

So it should come as little surprise that Allen Sanford, a South Bay restaurateur with a background in philosophy and penchant for technology, has utilized analytics in running his restaurants.

One trend particularly caught his attention at The Rockefeller, the upper Pier Avenue gastropub he launched in Hermosa Beach two years ago. The data showed that many of his regular customers were from Manhattan Beach. Some weeks, nearly one in three customers came from 90266.

“We had just a huge Manhattan Beach clientele,” Sanford said.

Sanford followed the data to its logical conclusion. Thus, this week, a second Rockefeller will open — on Highland Avenue in downtown Manhattan Beach. The restaurant will join a burgeoning downtown dining scene that is quickly becoming a regional destination for foodies.

“It’s really good — the downtown is very well-planned, from a business perspective,” Sanford said. “The city is very interested in making it business-friendly, and I think Hermosa Beach could learn from that. At the same time, I feel we are lucky to get in there, and we add a different energy, being from Hermosa Beach.”

Sanford’s brother, Jed, opened up Little Sister in Manhattan last year with Chef Tin, from his Hermosa Beach mainstay, Abigaile. But beyond Hennessey’s, this may be the first fully intact restaurant concept to migrate directly from Hermosa to Manhattan Beach.

“I haven’t seen anyone successfully bridge the sister cities with a concept,” Sanford said. “I want to be the first.”

As a gastropub, Rockefeller focuses on craft beers (it carries 20 handles) and artisanally-sourced food. Its Manhattan location, on the 1200 block of Highland Avenue, has been a troubled spot, with a succession of restaurants opening and closing over the last decade even as much of the rest of downtown flourished. But much like the highly successful Simmzy’s a few blocks away, which four years ago likewise took over a spot that had previously failed repeatedly, Rockefeller has reinvented its space — knocking down the front wall and creating a more open feel.

“I think a lot of people compare us to Simmzy’s, which I take as a compliment,” Sanford said. “I think the Simms, going back to Mimi’s Cafe — that family is really good at everything they do. So to be compared to them is a compliment. But I think we are different. We do oysters and have a large boutique wine list and we are doing big brunch fritattas and that type of thing. But we are definitely in the family of gastropubs.”

Rockefeller’s interior has a common table and wood trim, in common with its Hermosa location, as well as an open kitchen, fully visible to patrons.

The restaurant’s architecture is in keeping with its ethos. Rockefeller aims to actively engage its customer base. It crowd-sources much of its beer selection, has an active social media presence in which the restaurant constantly seeks customer input, and emphasizes features such as 99 cent gourmet burger Tuesday nights which are essentially experimental. Burgers have ranged from pretzel burgers to a recent burger with garlic aioli, pepper jack cheese, Pasilla relish, and baby kale blood orange vinaigrette. Customers choose what burgers will show up again on the menu.

“We are more experiential-based,” Sanford said. “I don’t consider myself a restaurateur; I consider us entertainers. It’s the same feeling I have with [music venue] Saint Rocke. Our job is to entertain people — it just happens to be through food and drink. But to me, it’s not just the food and the drink, but the entire experience. We want people to go, ‘Man, I had fun tonight with my friends or family….’ I think a lot of restaurants overlook that.

“I think the trend in Manhattan Beach has been a little bit more formal, a little bit more kind of in the Gjelina [in Venice] vein,” he said. “I credit Gjelina with bringing this small plate concept forward — right now, almost every restaurant down here has been Gjelina-driven. I’m of the mindset that I don’t care about awards, and I don’t care about being cool, especially when cool is not cool by virtue of being cool. All I care about is people enjoying themselves. I think what is different about Rockefeller is its quality food, but without the competitive atmosphere that goes with the culinary world. The only thing that matters to us is people coming in and enjoying themselves. We aren’t trying to change the world.”

The Rockefeller is at 1209 Highland Avenue, MB. 310-545-8110. The restaurant is currently open but will celebrate its Grand Opening at 5 p.m. Jan. 16. See RockefellerMB on Facebook or eatrockefeller.com.