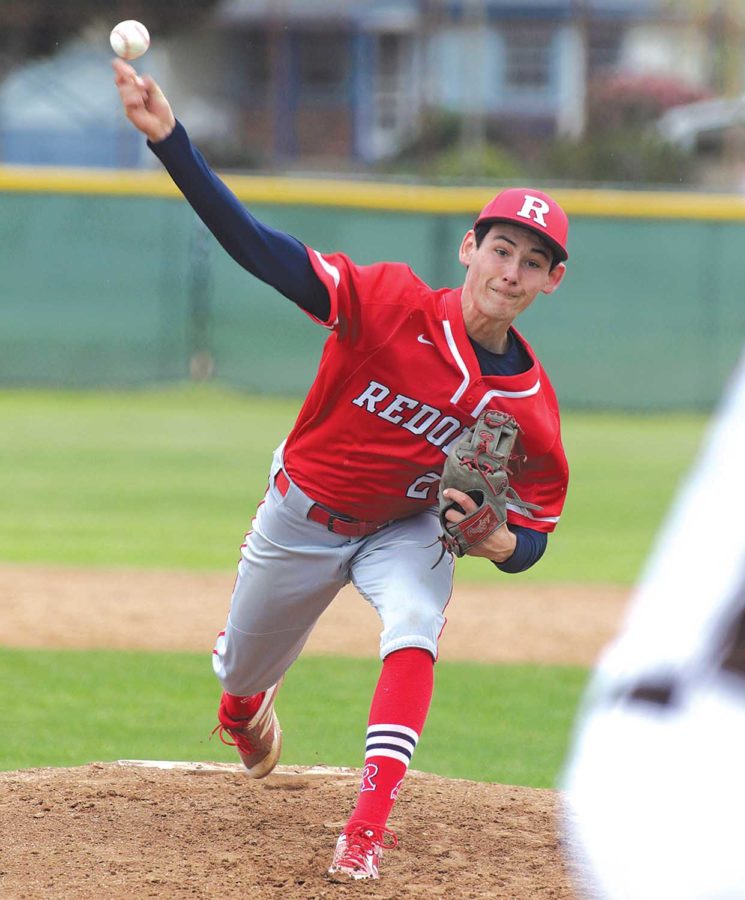 Redondo senior pitcher Andrew Dalquist was selected by the Chicago White Sox with the 81st pick of the 2019 MLB Draft.

Redondo Union pitching standout Drew Dalquist was drafted in the third round of the Major League Baseball Amateur Draft by the Chicago White Sox. Dalquist’s call to the pros caps a senior season that saw him lead the Sea Hawks Varsity Baseball team on a run into the CIF playoffs.

“He’s a once-in-a-career kid, from a coach’s standpoint,” said RUHS Varsity Baseball coach Andy Diver. “He’s competitive, tough, and he’s got all of those things that you want in a pitcher.”

Redondo’s pitcher’s mound belonged to Dalquist this year, as he posted a 9-0 record with a 1.73 earned run average. But he also took ownership of the mound after games, making sure that it “was done right” for the next game.

“So I couldn’t use the mound as an excuse — if I always do it, it’s on me,” Dalquist said in an interview Tuesday afternoon. “I’m proud of how I played and I’m proud overall — I played well, and showed what I can do.”

He was most proud this season of competing with his team through the CIF Southern Section Division 2 tournament, to a run that ended in the semi-finals.

“For our team, that run that we made into CIF was awesome — it was so much fun to be a part of,” Dalquist said.

Diver highly praised Dalquist, calling him an “elite talent” and an “outstanding leader.”

“He carries AP classes, he’s a 4.2 [GPA] student, and he’s dedicated to his studies and his academics…that speaks volumes,” Diver said. “The things that people don’t see with Drew are those intangibles that have such value.”

Dalquist has long been considered an intriguing talent by scouts, but this year saw his stock jump. He began throwing his fastball into the low-to-mid 90s, topping out near 95 MPH, while his off-speed and breaking pitches have sharpened.

“He’s competitive, he’s accurate, he throws strikes, and he’s got a presence about him,” Diver said.

The 6-foot-2, 170-pound right-hander was announced as one of the University of Arizona’s 15 scholarship signees last November. But signing with Chicago could yield big benefits right away. Per MLB.com, the White Sox can sign Dalquist to a contract valued at $755,300.

Based on his personal Twitter account, Dalquist may have already made his mind up. “Super excited for this opportunity! Can’t wait to get started! #whitesox” he posted.