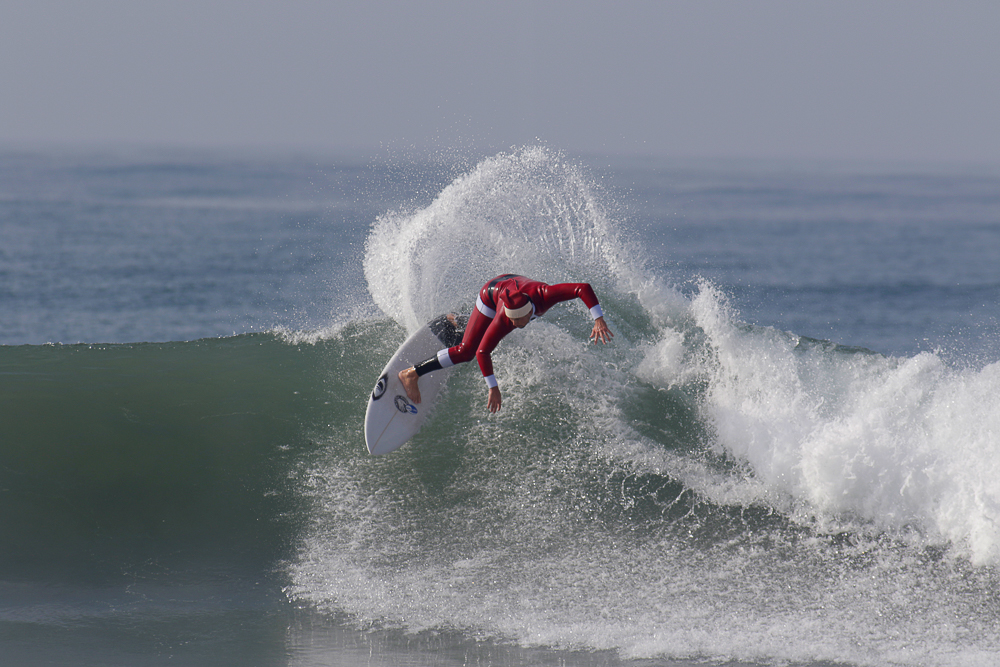 Surfing Santa made a surprise appearance at the Jacks/South Bay Boardriders season opening contest in El Porto on Saturday, bringing with him a bag full of big waves. After watching Santa (Tracey Meistrell) throw spray like a snow making machine, delighted groms dubbed him “Shreddin’ Santa.”

The nearly 150 contest entrants, including over two dozen groms, showed their appreciation for Santa’s gift with a display of surfing that showcased how much local surfers have improved since the South Bay Boarders started their contest series 10 years ago. 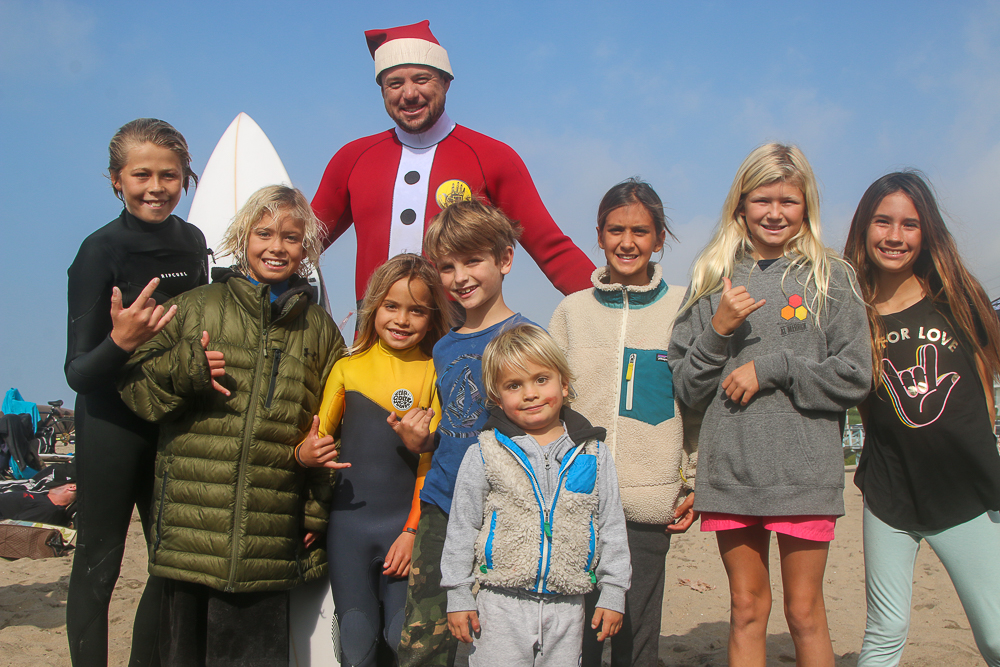 Former Spyder Surf manager turned Realtor proved the value of consistency and wave selection by placing second in his two preliminary heats and then winning the Open Mens final.

The challenging conditions suited El Porto lifeguard Tom Seth, who won the Masters (45 and over) and Legends (over 50) divisions.

Parker Browning treated the big surf like it was a big ski jump. His aerial display earned first place in the Juniors (18 and under) and third place in the Mens Open.

Kate Russell earned the two highest scores in Women’s Open final to put her on course to winning the contest series title for the second consecutive year.

Kasten Wanke, winner last year’s boy’s division, also got on track to a series repeat by winning his division.

Conditions were so unruly in the morning that contest organizers considered postponing the contests or canceling the grom heats. But the contest went on and the groms paddled out in conditions  so rough that some of the adults couldn’t reach the outside.

This year, SBBC has added a foamies division. The inaugural foam’s finals was on by Cambria Boulanger. 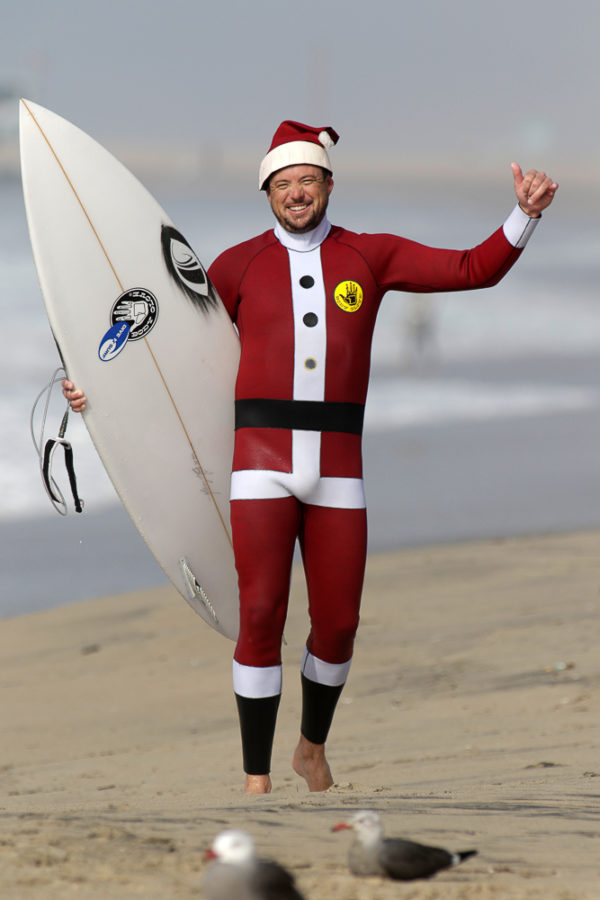 Micro Grom 9 and under: Sawyer Abing.