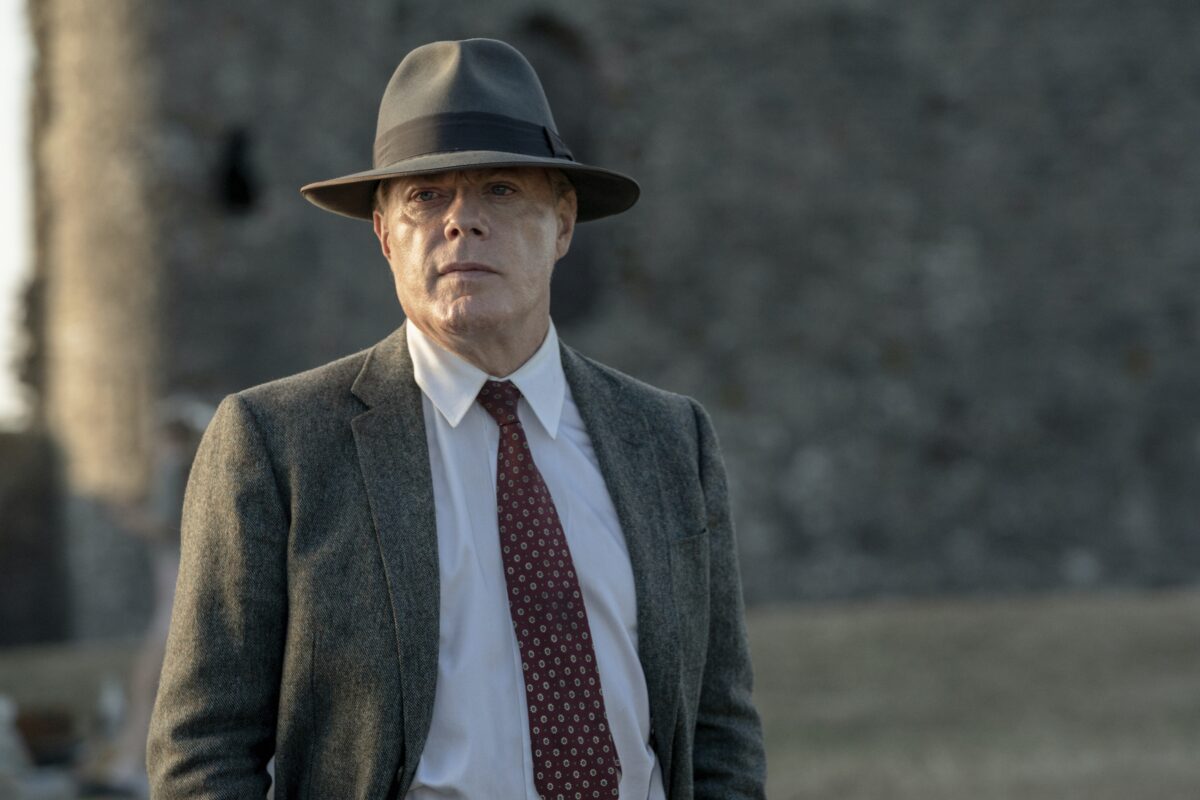 “Six Minutes to Midnight,” directed by Andy Goddard and written by Goddard, Celyn Jones and Eddie Izzard, was an interesting idea that never quite jelled.

Eddie Izzard, the star of this production, spent a great deal of time as a child in a small town on the south coast of England called Bexhill. Bexhill was unique in that it was the site of a girls’ school called the Augusta-Victoria College that was tasked, in the 1930s, with educating the proper young daughters of important Germans, many of them the scions of leaders of the Nazi party. Izzard, when he became involved with the local museum, happened upon the school badge, one that had a Swastika in one corner and the Union Jack in the other. What if, Izzard reasoned, this was a hotbed of spy activities in the run up to the war in 1939? And so, the story unfolds.

Young German ladies are being taught at the Augusta-Victoria College under the watchful eye of  headmistress Miss Rocholl. She seems somewhat taken aback by the exercises led by her German teacher and close assistant Miss Keller but, overwhelmed, she turns a blind eye to the obvious Fascist methods propelled by Keller. 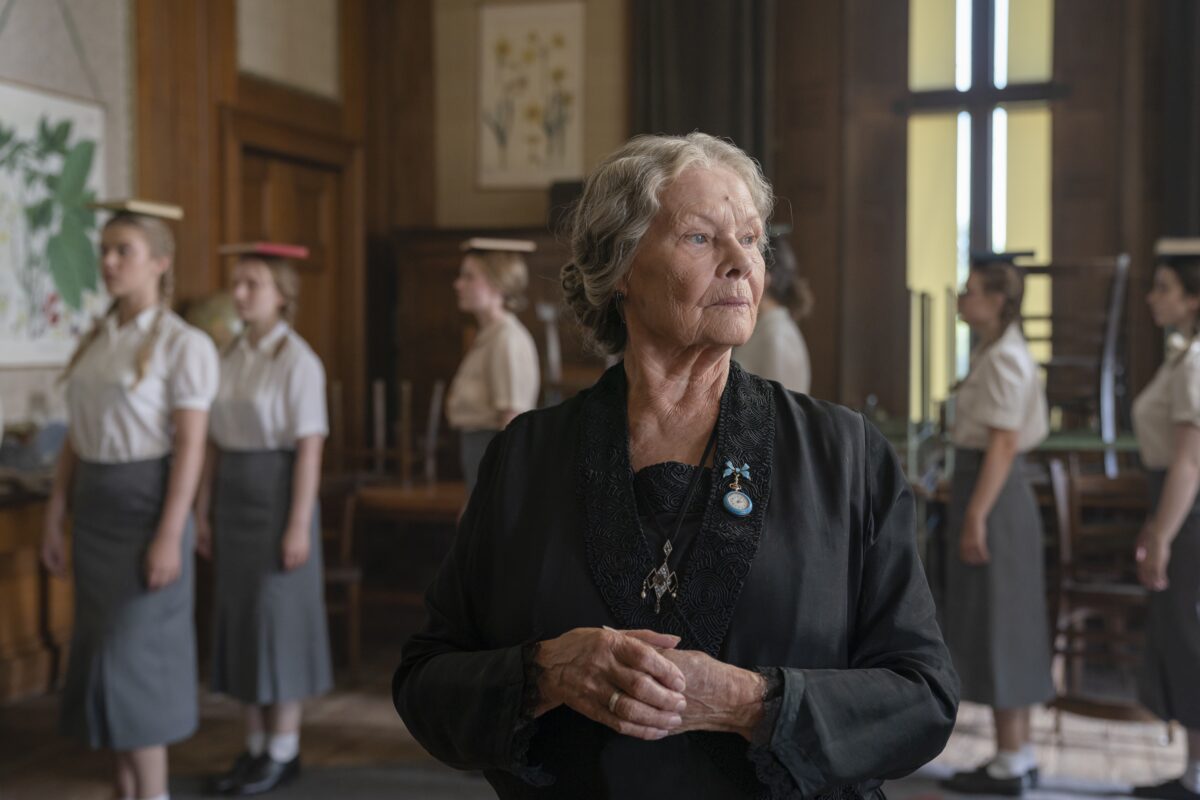 When their English teacher Mr. Wheatley is found dead on the beach, Miss Rocholl’s only concern is to replace him. Almost too quickly, Thomas Miller appears. He gains the confidence of the girls and the suspicions of Miss Keller. And she is right to be concerned because Miller is an English spy come to break up a German spy ring that may be centered at the school.

Nazi sympathizers have infiltrated the village, both German and English, and valuable secrets are on the verge of making their way to Germany. He must break protocol and get this information to his local handler, Colonel Smith. But Miller is two steps behind and Smith is shot and killed while they discuss the next step. Before you know it, Miller has been framed for the murder and must go on the run. He not only has himself to protect but also the fate of Britain.

There is definitely a story here and one that could have been more compelling if the direction had been tighter. Whether through editing or pacing, the necessary speed is missing. And without speed there are few thrills. For whatever reason, there doesn’t seem to be much of a relatable danger. The girls are creepy, the villains are evil, and the hero is in danger. But it moves with the speed of molasses. 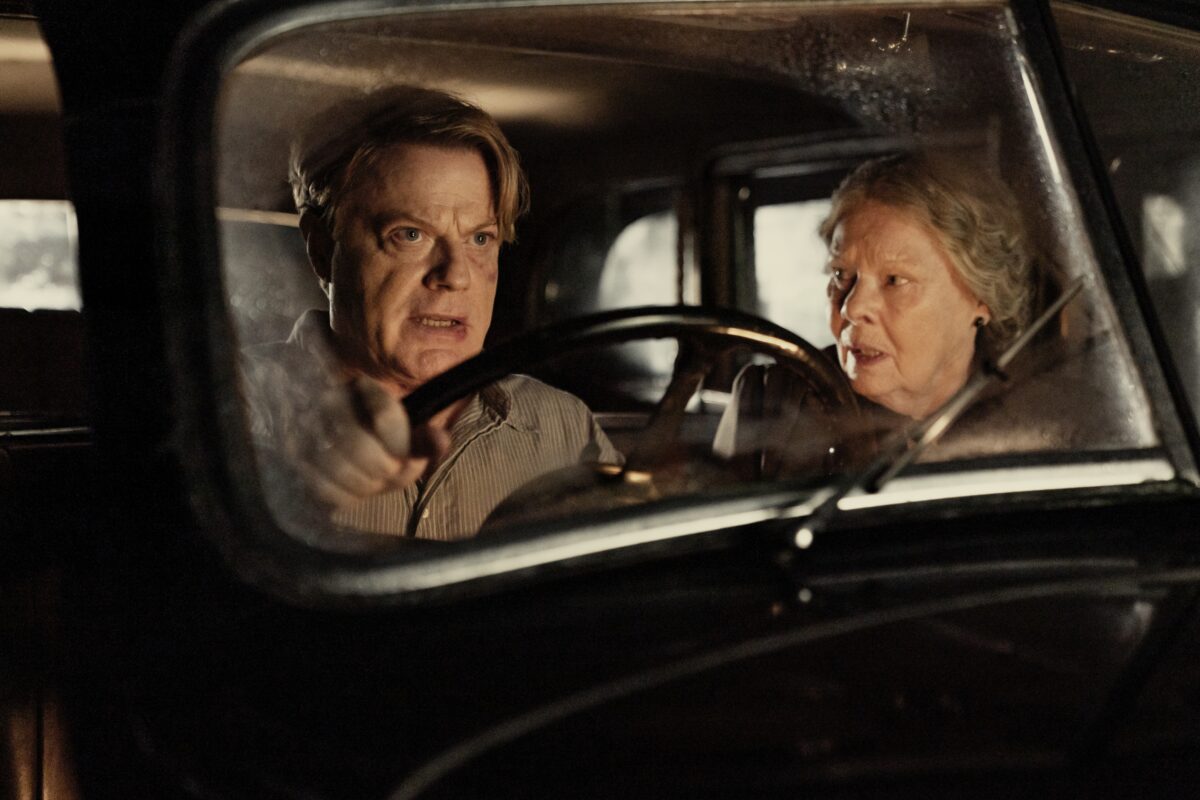 The cast is filled with starry names. Eddie Izzard plays Thomas Miller and Izzard keeps things moving better than can be expected. Izzard’s Miller conveys tension and danger quite well. Unfortunately she just isn’t supported as well as she should be. Judy Dench as Miss Rocholl does little more than hand-wringing. She doesn’t dig below the surface of the character. We should know why she heads the school and what her reservations are. Her ambivalence in saluting and saying “Sieg Heil” when Miss Keller leads the girls in an exercise is supposed to imply her confusion. It doesn’t. It shows weakness but not awakening to what’s around her. Carla Juri as Miss Keller comes off the best as she is more than just the German teacher. She is the surprising lynch pin in the plot. James D’Arcy as Captain Drey who pursues his prey, Miller, does little more than sneer. His assistant Corporal Willis,  played by Celyn Jones, has more complexity and is more interesting to watch. Blink and you’ll miss the cameo by James Broadbent as the local bus driver. He is instrumental to one plot point but he gets his payday for less than two or three minutes of screen time.

If you’re sensing a theme here, it would be that the only two actors who come off convincingly and work somewhat successfully at propelling the action are Jones and Izzard, two of the co-writers. This would lead back to the director and his inability to bring out the complexity in both performance and story. That being said, some of the young women playing the students are chilling when given the chance.

This should have been an action-packed thriller. It’s not. It’s an interesting “what if” story centered around an unusual educational experiment in a country that, at the time, was laden with Nazi-sympathizers hidden in plain sight. There could have been a lot at stake here. I didn’t feel it.

Opening March 26 at select theaters (some of which might be open to patrons) and VOD.