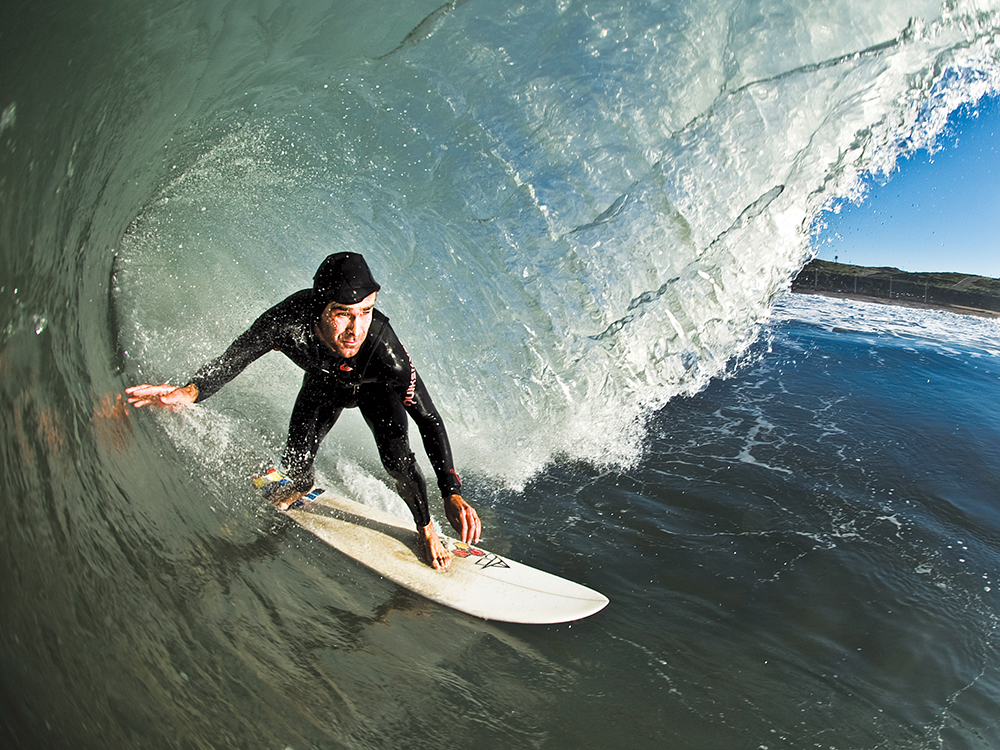 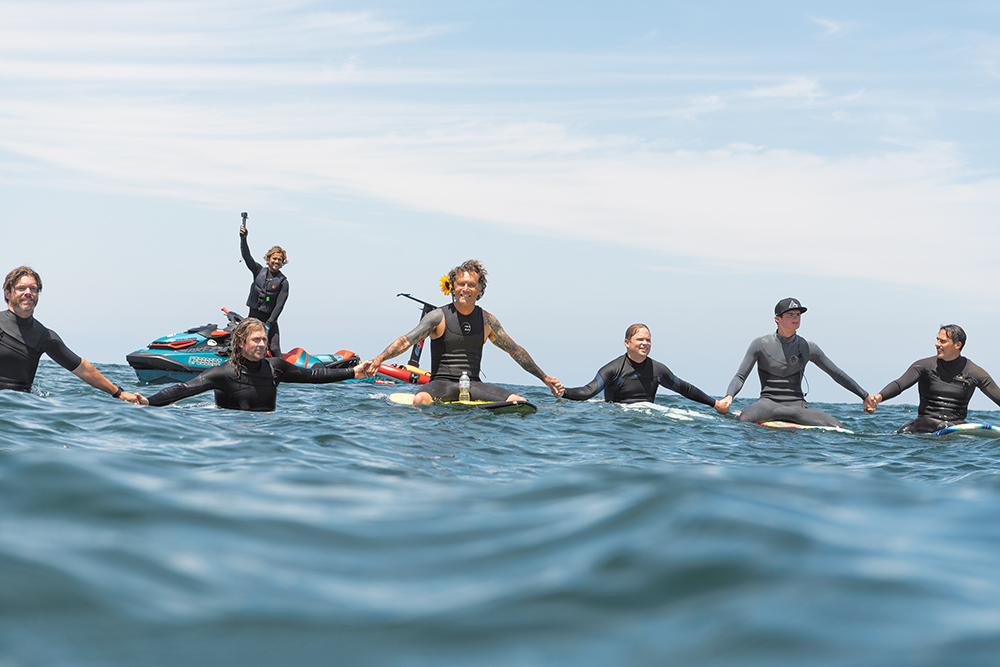 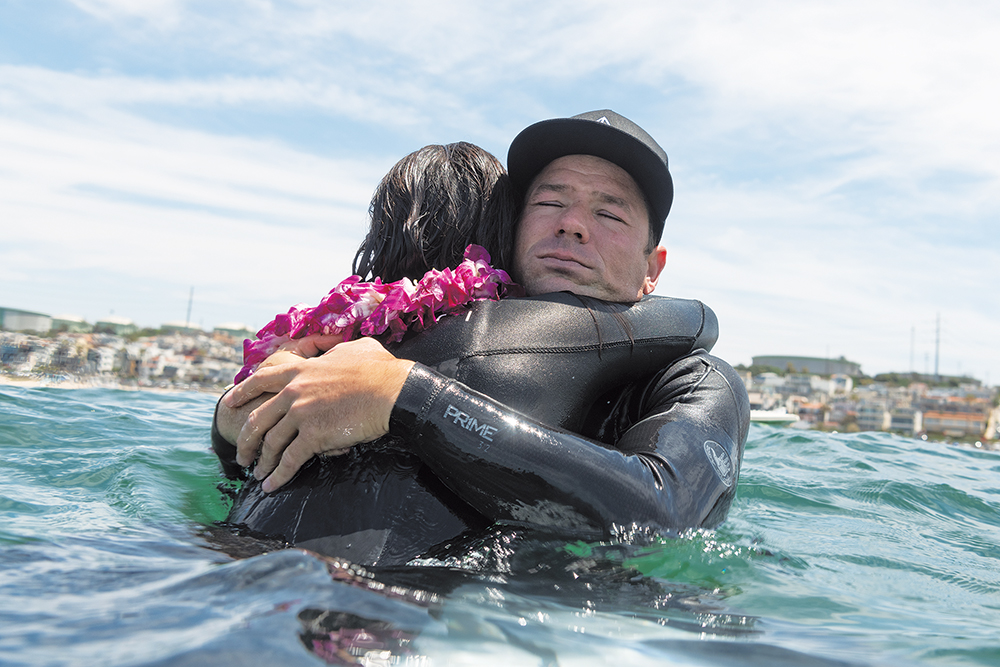 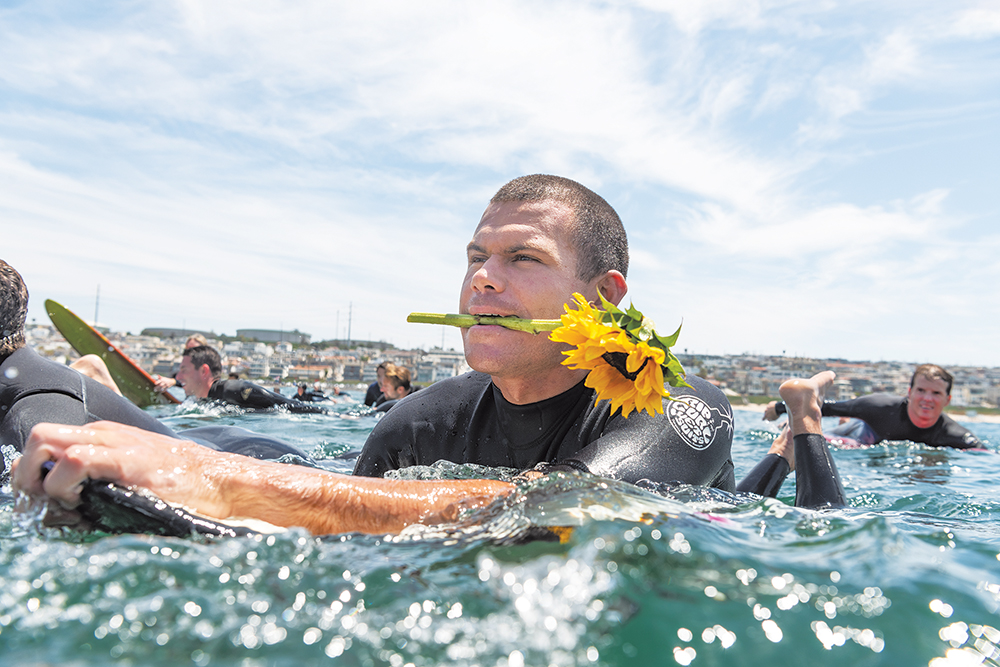 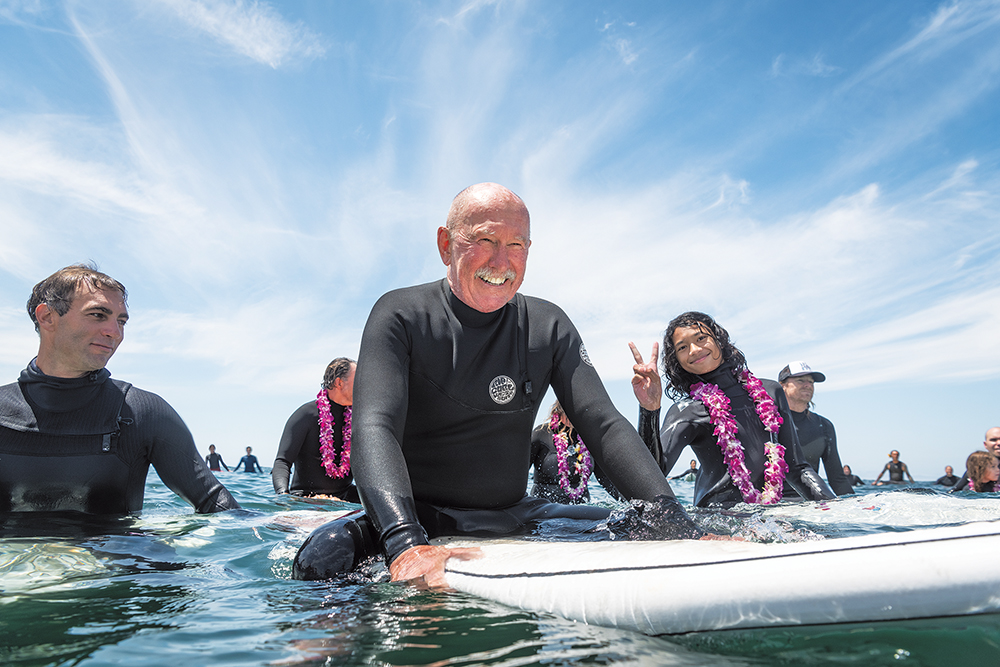 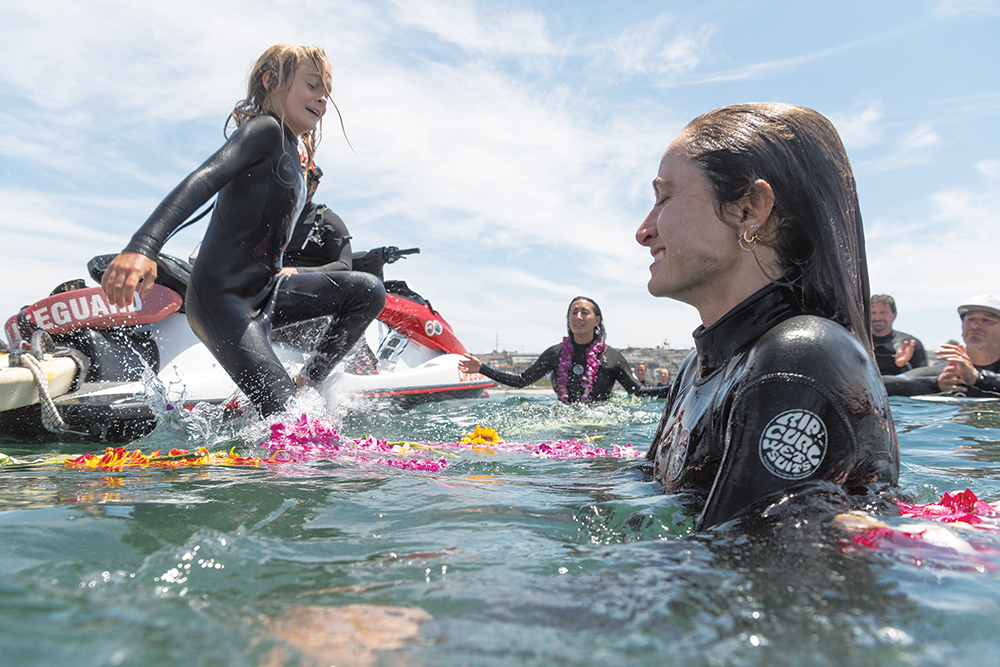 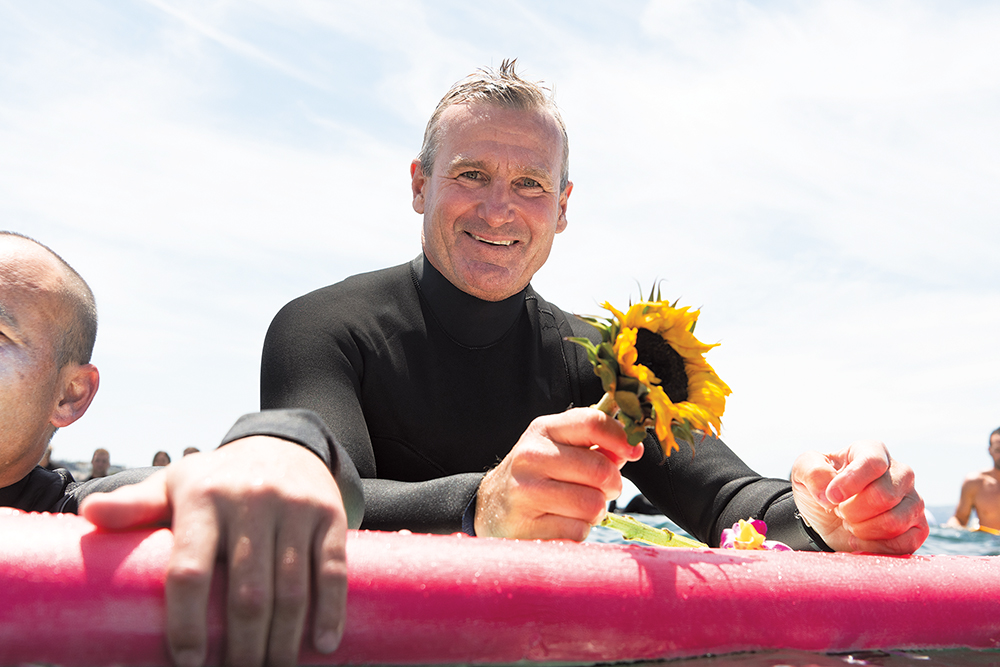 An early season south swell welcomed an estimated 100 South Bay surfers gathered in El Porto Saturday morning for a paddleout in memory of John Balk. The 2001 Mira Costa graduate was a standout in local surf lineups and surfed in Indonesia, Australia, Hawaii and the East Coast. In 1999, he was South Bay High School Surf League Champion. He started Auctiv sunscreen company while still in high school. “John is a child of the sea and has more salt in him than blood,“ surf photographer Ricky Lesser told Easy Reader in a story in 2015, the year Balk was diagnosed with brain cancer. “He’s a perpetual grom, always more excited about the next sessions to come and embodies the spirit of surfing and the ocean, honest and genuine.” Balk is survived by his wife Rikki and children Ruby and Koa. ER