“Tell Me Your Secrets” – But hold out for more [TELEVISION SERIES] 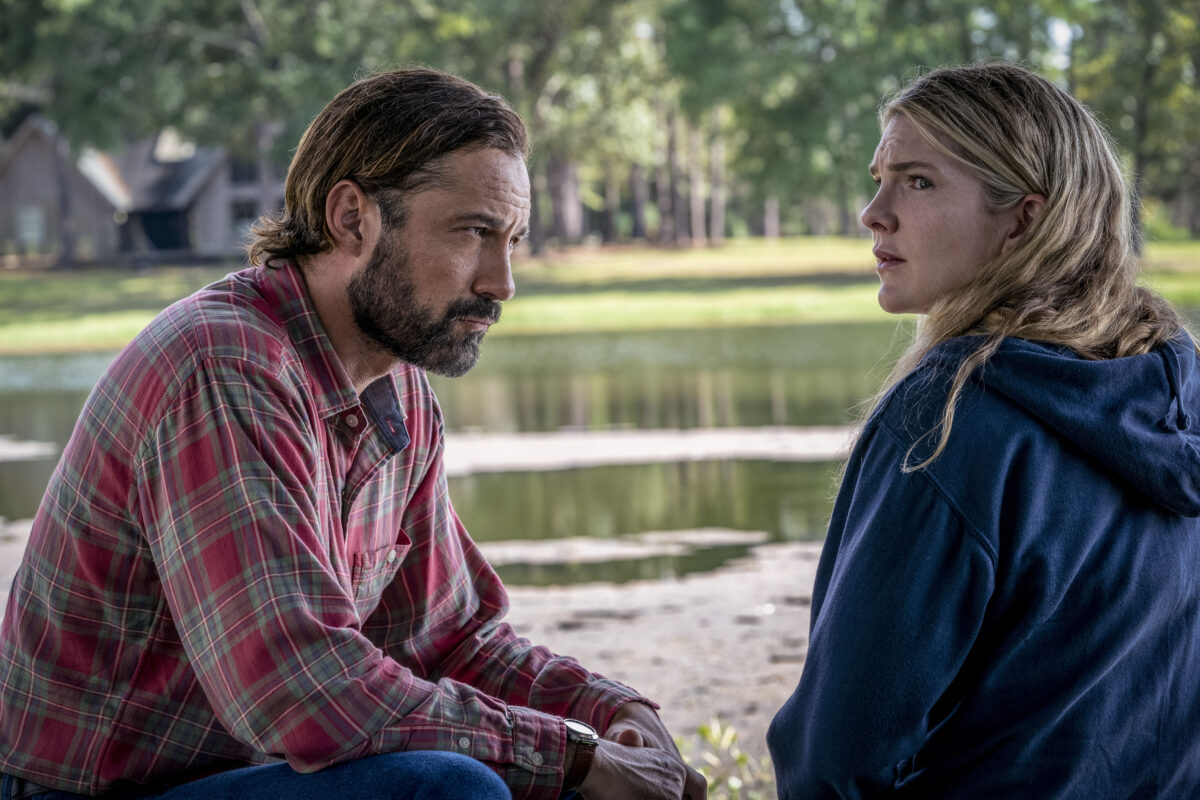 Enrique Murciano as Pete Guillory and Lily Rabe as Karen/Emma in "Tell Me Your Secrets." Photo courtesy of Amazon Prime Video.

“Tell Me Your Secrets,” Amazon’s new series is a juicy soap opera with criminal and mystery underpinnings that relies on too many story threads. It takes a couple of episodes before the series starts to jell and then it begins to take off.

Created by Harriet Walter, who has written many episodes of “Call the Midwife,” she is well versed in stirring up the ever swirling potboiler.

Told backwards and forwards in time from the viewpoint of Emma Hall, f/k/a (formerly known as) Karen Miller. Karen, in the care of a psychologist, has recently been released from prison where she had been serving time as the accomplice of a prolific serial killer who targeted young women. She remembers very little of her past life but the psychologist believes he can unlock her memory and help uncover the answer to at least one outstanding case. The psychologist gives her a new identity, Emma Hall, and places her in witness protection while he works to unravel glances into her past. 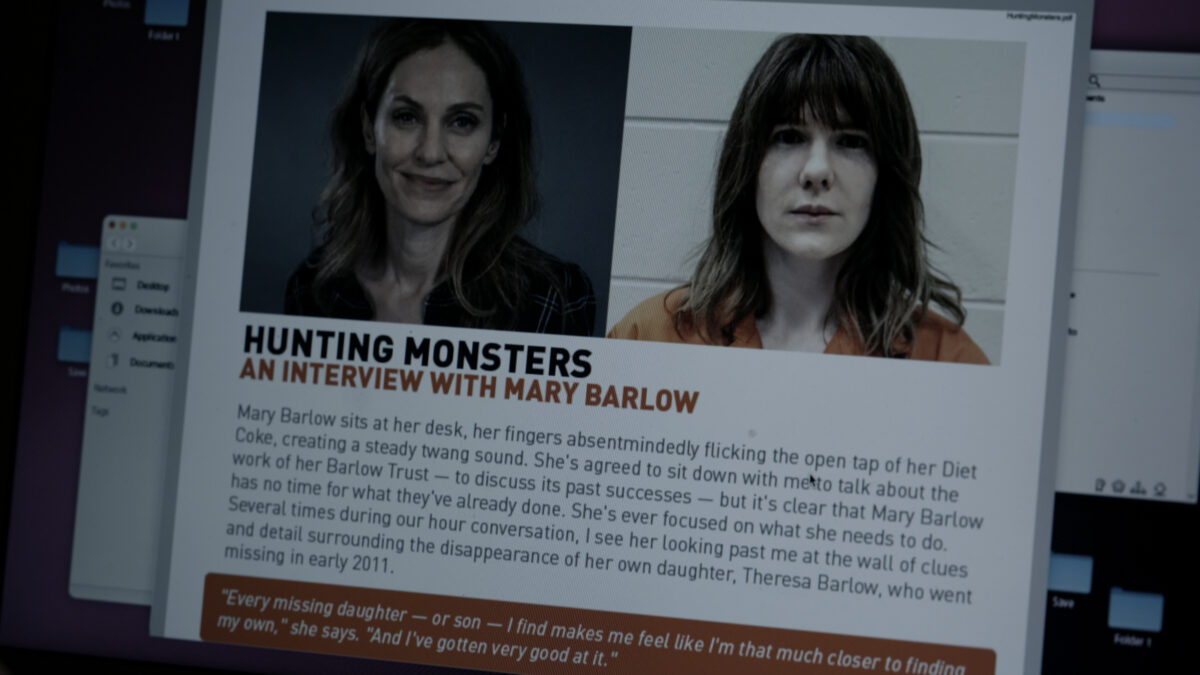 Amy Brenneman as Mary Barlow (L) and and Lily Rabe as Karen/Emma in “Tell Me Your Secrets.” Photo courtesy of Amazon Prime Video.

Karen/Emma also has someone desperate to find her. Mary Barlow’s daughter Theresa is still missing and presumed to be a victim of the killer, Kit Parker, now deceased. Mary has set up a foundation to support the parents of the victims. But Mary’s sainthood is crowned with a very dirty halo. She is obsessed with Karen/Emma and is convinced that she holds the key to her daughter’s location. Secretly, Mary hires a recently paroled serial rapist, John Tyler, to be her investigator. Who better to find Karen, she thinks, than someone who spent his time hunting victims surreptitiously and meticulously. 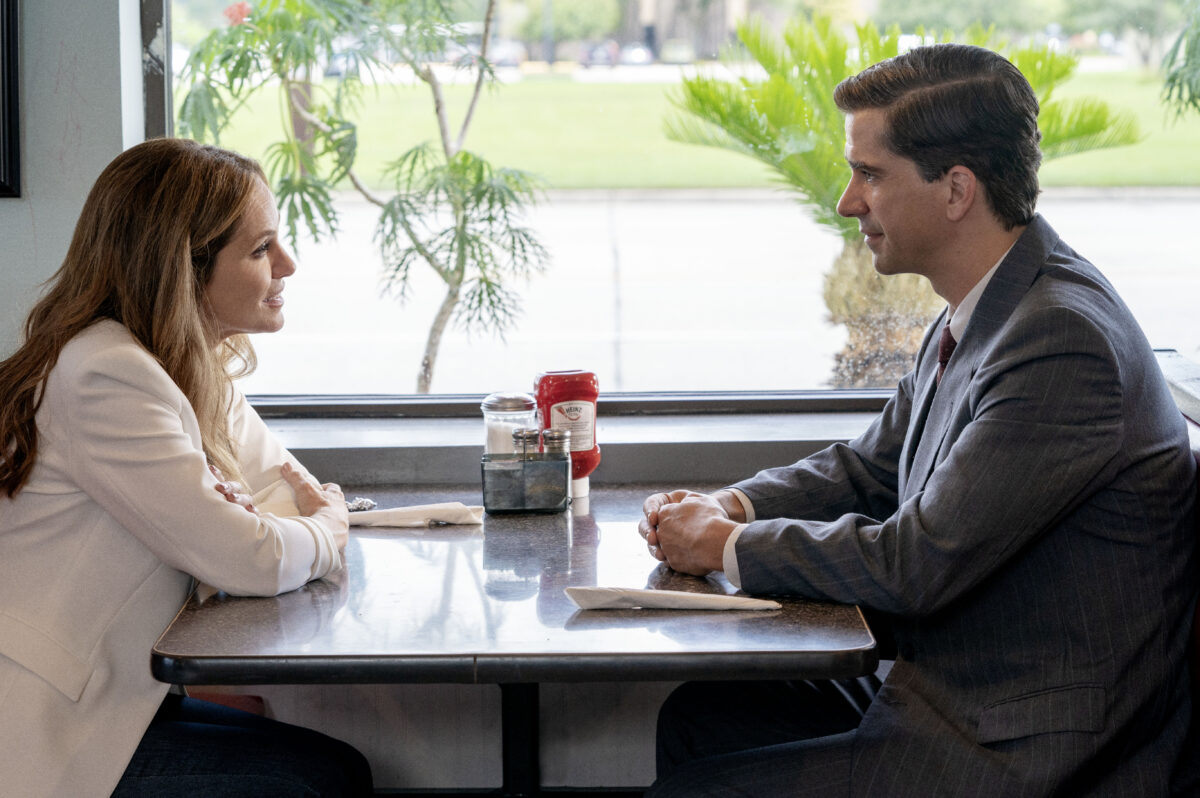 Amy Brenneman as Mary Barlow and Hamish Linklater as John Tyler in “Tell Me Your Secrets.” Photo courtesy of Amazon Prime Video.

The psychologist, Pete Guillory, hides Karen, now Emma, in a small town on a lake where he has a cabin and a mysterious history. All is not right in this village as Emma soon finds out when a young woman from the local care home suddenly goes missing.

So many threads, so many plots, so many people and for the most part Walter is able to keep all those balls in the air. Like most soap operas, nuance is a word and not an action. There is a lot of black and white and not an abundance of gray. The villains in the piece, and in one way or another, most of the characters are evil even if you don’t know it yet, go deeper and deeper into the dark side until it is where they live at all times. Of course there is an exception to that, and of course it is Emma, more innocent victim than even she suspects.

The fun is getting to the end, and that is where the fun ends because there is no end, just a haphazard finish to lead into a new season that will start out with even less nuance than the first one.

The cast is amazing, and once the rough edges are knocked off after a couple of episodes, they are riveting. As Emma/Karen, Lily Rabe grabs your attention and doesn’t let go. Wavering between guilty and innocent, haunted and self-assured, she is the glue to the series and the best reason to keep watching.

Amy Brenneman as Mary must have loved the chance to play the villain after so many heroic characters. Even when she makes turns that defy credulity, she is still watchable. Hamish Linklater as John takes a bit longer to find his character. Always an idiosyncratic actor, it takes him a couple of episodes before he is wearing his villain in a more believably creepy manner.

Enrique Murciano, Pete, is the representation of the missing shades of gray. Seemingly sympathetic and helpful, there is an unidentifiable dark undercurrent to his character. A surprise is in store when Richard Thomas shows up as Bodie Lord, scion of the village. Bodie, of course, like everyone else, is not who he seems to be and Thomas straddles that line nicely until he too falls prey to Grand Guignol-style villainy.

“Tell Me Your Secrets” does a good job of keeping the mystery alive and joining the threads. For me, personally, I’m not a fan of the hastily construed “To Be Continued.” And in the end, after satisfyingly resolving most of the mysteries, the writers chose to patchwork a direction for continuation. The British do this so much better with their limited series. They construct 6 to 10 episodes; tell a story; finish it and move on to something else. I had been hoping for that and my disappointment shows.