The ‘best of times, the worst of times,’ Kauffman says of his tenure as chief 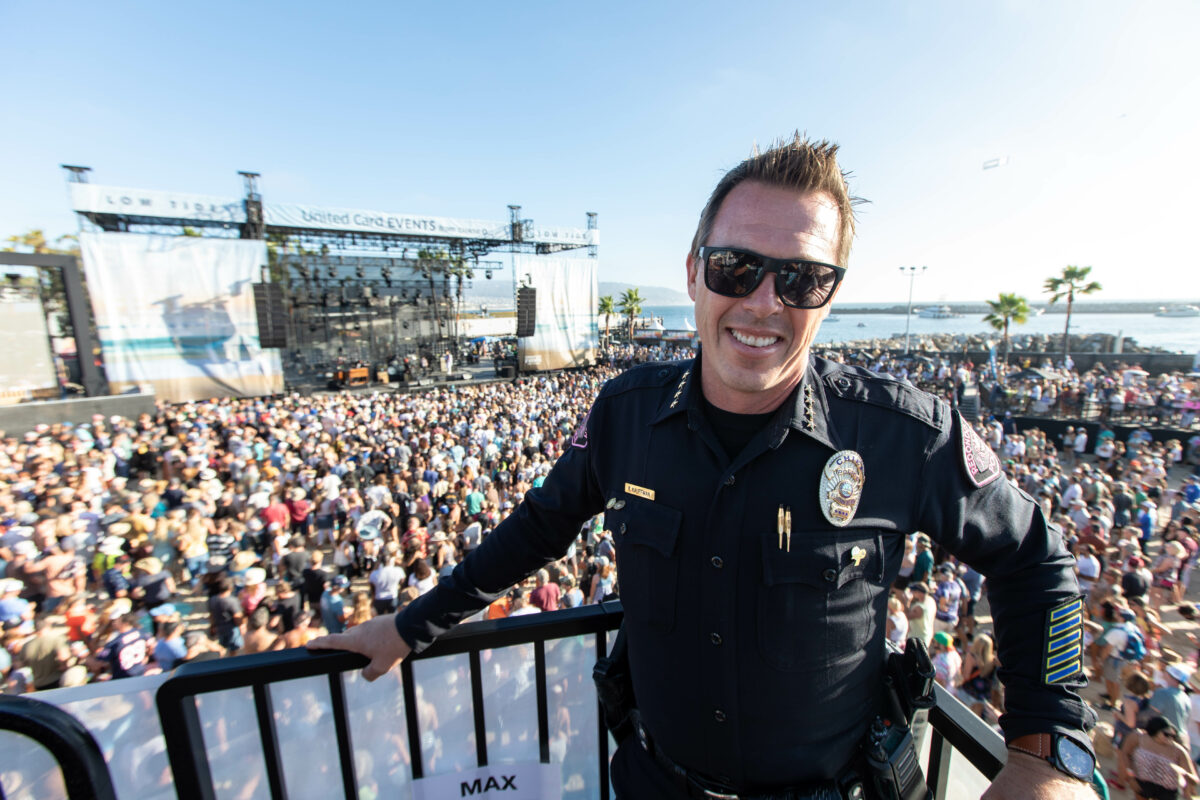 Redondo Beach Police Chief Keith Kauffman announced his retirement Wednesday, at age 50, after 28 years as an officer and seven as the Redondo chief, effective Feb. 28.

Kauffman will stay on as the city’s acting fire chief, his more recent role, until its new leader is hired.

The South Bay native and son of a career Redondo Beach police officer served with the Hawthorne Police for 21 years, before being named chief of his hometown department in 2015.

“Keith Kauffman is a poster child for what a leader is expected to be,” said Redondo Beach Mayor Bill Brand. “His rare abilities, calm demeanor and community-based approach to policing was a welcome change, and very effective.”

The end comes as he intended. Police officers often retire around the 30-year mark.

“You don’t work this long for nothing. It’s always been my plan to retire at about this time,” Kauffman said. “There’s a lot that’s happened in 28 years. Everything’s been great. I wanted to leave on my own terms, not under some dark cloud or anything. It’s the right time.”

One of his first goals upon retirement is to become a licensed pilot. He started on it back in high school, with the hopes of going to the Air Force Academy. After a lingering knee injury from wrestling derailed the plan, Kauffman went to El Camino College, then UCLA to major in Spanish Literature, thinking it would be helpful in his new pursuit of police work.

“I just never finished it. It bugged me,” Kauffman said.

Otherwise, he said, he is keeping his options open.

Looking back on his time as police chief, he points to one thing in particular.

“Our vision, I think that was the key to everything,” he said. “I thought that vision was lacking in law enforcement. We really started forming our culture around it.”

The vision he refers to is tied to the department’s statement – ‘We are the community leading the way in law enforcement.’

“The police are the public, and the public are the police,” he said. “What we’re saying is ‘we’re all in.’ Being proactive vs. reactive.”

Kauffman cited the example of a homeless man arrested more than 300 times for small offenses.

“We could say, this is not our problem. But if we are the community, then it is our problem,” he said.

This led to the creation of the Redondo Homeless Court in 2018, put together with City Attorney Mike Webb, as well as the pallet shelter project.

The process to replace the chief is now underway, led by City Manager Mike Witzansky. Kauffman is not involved, though he said the department is in good hands.

He is expected to be needed at the fire department for another few months.

“We are now fortunate to have his efforts directed solely at our fire department,” said Mayor Brand. “His quick successes in a totally different department proves leadership like his is transferable to any organization. I’m glad he will still be around.”

Kauffman retires as police chief at a time when law enforcement has been under more scrutiny than any other time in his career.

“People say it must be a horrible time to be a police chief. I think it’s a great time, because it’s the hardest time,” he said, noting the pandemic, as well. “I was proud to be at the helm during these crucial times. We stand up for the community, then they stand up for us.”

So what was the best book he ever read in Spanish literature?