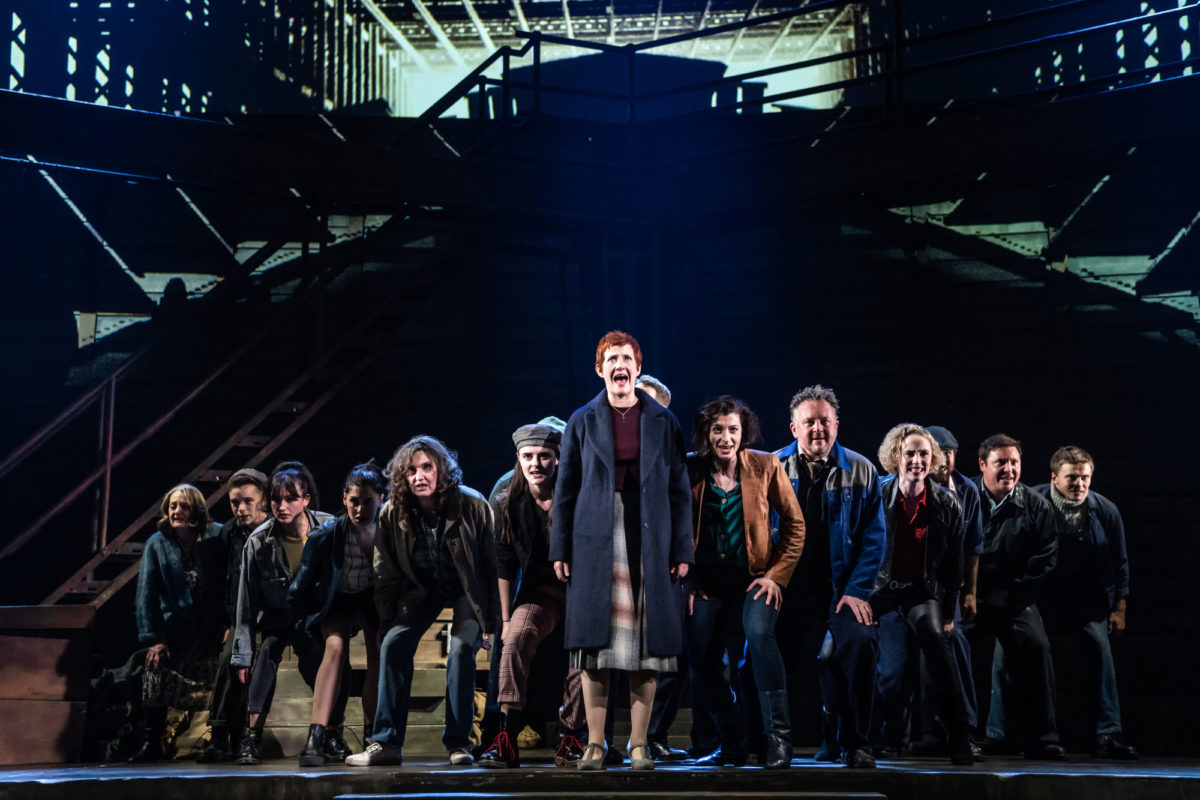 The tide comes in, the tide goes out

“The Last Ship,” with Sting, is at the Ahmanson

Sting is the tugboat that pulls “The Last Ship” into the mainstream of musical theater, and even then it’s questionable whether this mighty endeavor is truly seaworthy. But afloat it is, through Feb. 16 at the Ahmanson Theatre in the Music Center. 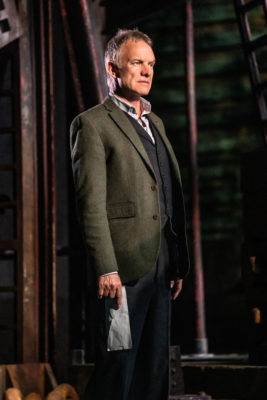 Utilizing music and lyrics by the former frontman of The Police, John Logan and Brian Yorkey wrote the book for the show which then went on to play Broadway. That endeavor lasted four months, the show closed, but Sting kept at it. Back in musical drydock, “The Last Ship” was refitted with a new book by now-director Lorne Campbell, and Sting rethought and rewrote much of the music and the story.

The narrative takes place in 1986, and is set in and around the shipyard in Wallsend, a few miles from Newcastle upon Tyne, in North England. This is the land of Sting’s youth, and he wanted to pay homage to the working class community and to their indomitable spirit, which nevertheless wasn’t enough to keep the last local shipyard from closing in 1988.

Sting himself appears as Jackie White, the workers’ foreman, and it’s actually a low key role while still being prominent. Jackie Morrison plays his wife, who doesn’t sing much at first but when she does it’s largely to show that she’s no shrinking violet, and in fact many of the women in this work step up when the need to do so arises.

A story about dockyards closing and shipbuilders being laid off might not in itself click as an engrossing musical, so there’s a subplot in which one young lad, Gideon Fletcher (Oliver Saville), leaves behind his teenage girlfriend, Meg Dawson (Frances McNamee), and ventures out to sea. What he doesn’t know, and doesn’t find out until he returns 17 years later, is that he has a 16-year-old daughter, Ellen (Sophie Reid). Meg had faithfully waited for him, but after 17 years with not a peep from her former beau, she’s a little steamed to put it mildly. So, when Gideon does return, sheepish and making amends, his former girlfriend and her daughter essentially tell him to fuck off. But, being a musical and not a depressing novel by Emile Zola, you may not be wrong if you’re guessing that persistence and patience on his behalf may pay off in the end. 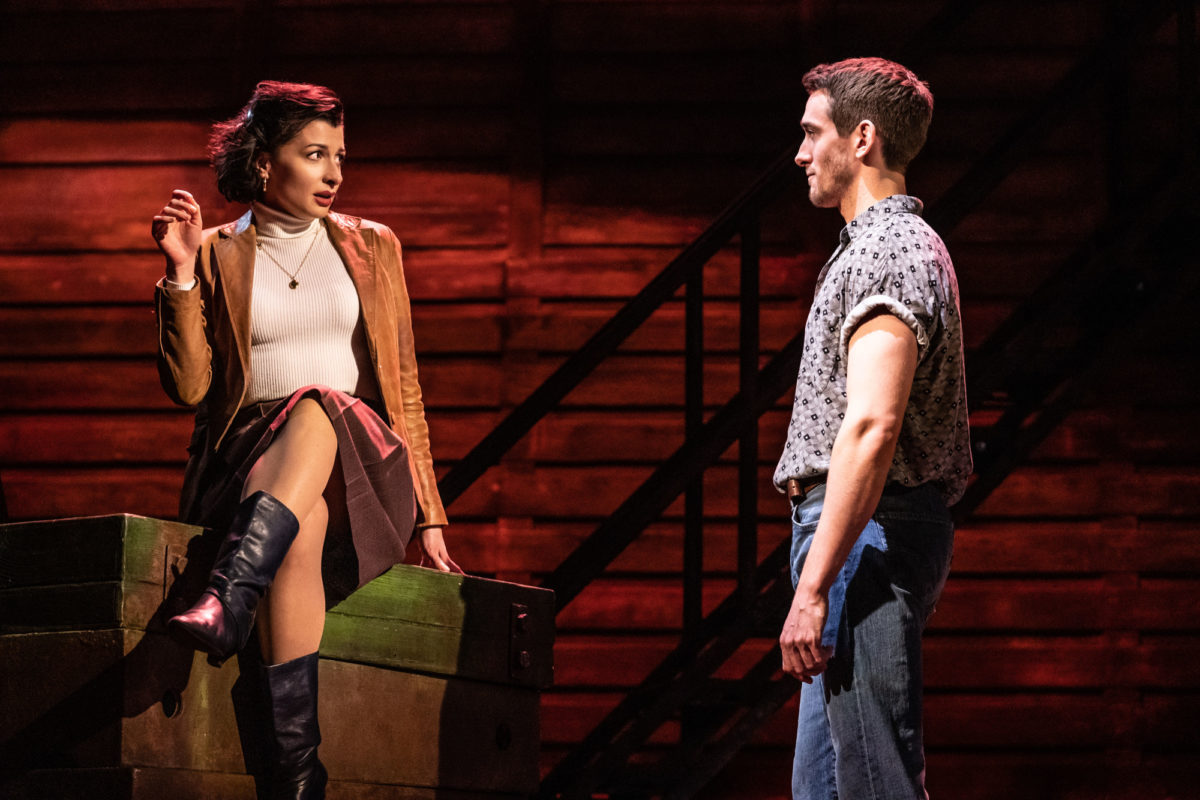 However, you and I know that this is somewhat of a cliched plot device, the distant parent wanting to make amends and reconnect, and the push-pull that follows. I think we saw this not so long ago when the Ahmanson presented Steve Martin’s “Bright Star.”

Now, stories that spring from impoverished English communities don’t have to be dour, and the best example of this may be “The Full Monty.” Remember the six unemployed steelworkers from Sheffield? That story had heart, soul, vulnerability, and humor. Sting should have watched the movie or the musical a few more times, because “The Last Ship” lacks all of those attributes I’ve just mentioned.

I can see where Sting’s good intentions lay: He wanted to ennoble his characters, particularly his female characters, and in doing so he downplayed their vulnerabilities. That’s fine, but rather altruistic in a setting in which poor people are about to become poorer. However, in our current socio-political climate of individual empowerment, especially with regard to encouraging young girls to excel in traditionally male-dominated workplaces, we don’t want to admit that the odds of their becoming successful entrepreneurs are very much not in their favor. Disney’s a big culprit here, and Sting’s buying into it.

That’s not to elevate cynicism over idealism, but without showing their doubts and their weaknesses, we feel little if anything for Meg and Ellen. Sting may be trying to show that they’re strong and tough, but why should that endear the viewer to them? 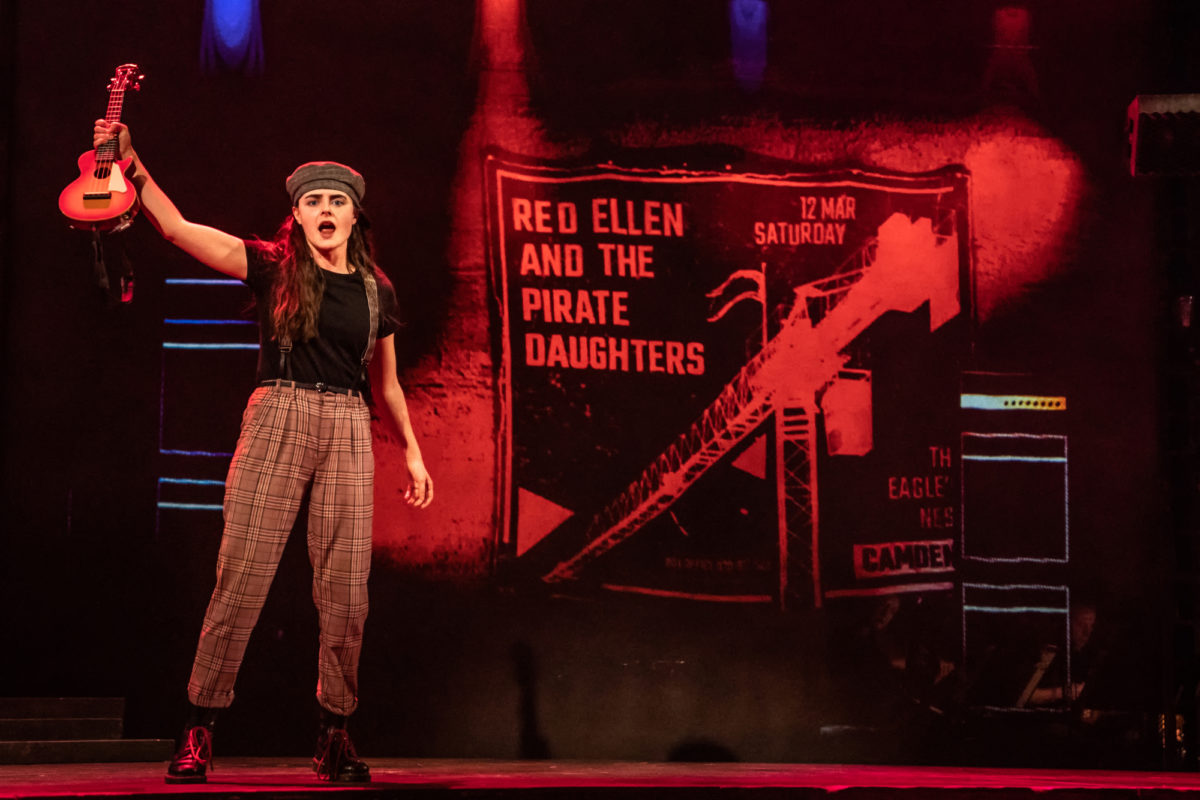 If you like Sting’s music, you may like “The Last Ship” on that account alone. I know the man’s work well enough and have seen him in concert more than once, but Sting’s songs, sung by others, are no great shakes here. Okay, there’s an exception or two, and then there’s the title song, which appears a couple of times so that we know it’s not only the main theme but also the finale anthem at the end of both Act One and Two.

The show has its autobiographical elements, assigned for the most part to Ellen (Gideon and Meg’s daughter), if for no other reason than that she’s a young rocker who has the fire and the drive to get out of Dodge and play music. And she’s the only one given a hard-hitting number to perform.

While I’m sitting here pounding out this review on my Smith-Corona, I’ve been humming Elvis Costello’s “Shipbuilding,” that tune he co-wrote which appears on “Punch the Clock.” Humming Robert Wyatt’s version of it, too, for that matter: “It’s all we’re skilled in/ We will be shipbuilding/ With all the will in the world.” The upshot of this little diversion is that I like the wistful tone of Costello’s tune more than most of the songs in “The Last Ship.” That makes me think that this musical might work better, not necessarily as a non-musical, but as a toned-down, more intimate production, perhaps where it could be shoehorned into a smaller venue, the Taper, say, as opposed to the Ahmanson. The heavily miked, big production numbers don’t always fit with the personal turmoils and tragedies of the tale.

That said, I do want to applaud the set and stage designer, 59 Productions, for their creativity, especially the video projections which greatly enhance the mood. At awards time, when much of this production will be passed over without further ado, I hope that someone takes the visual design and embodiment into account. 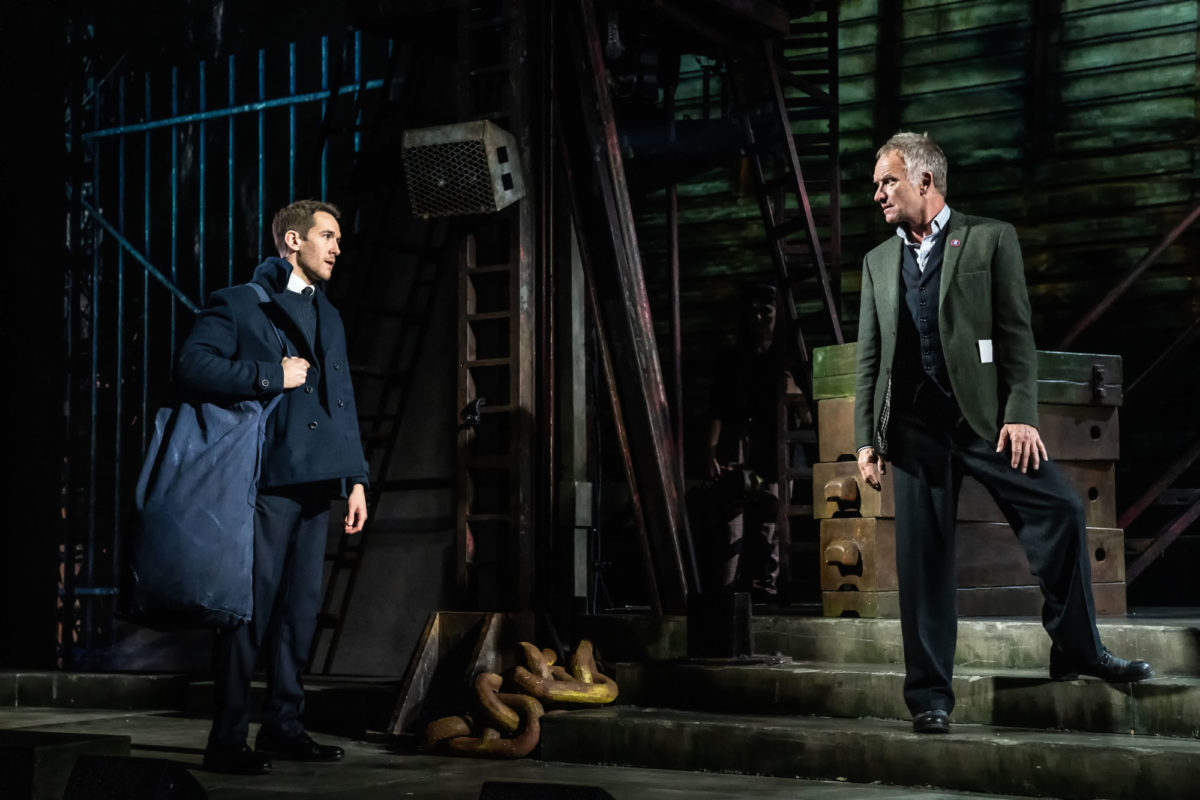 Ultimately, though, “The Last Ship” is a bit overlong and tiresome and not very engaging. It’s not a work that will further Sting’s already impressive legacy, the way that Duncan Sheik’s was elevated by “Spring Awakening.” It’s probably destined to sink beneath the waves of musical history, especially without Sting in the cast.

It does, however, try to go out on the highest note possible. I was reminded of Rosie the Riveter as well as those old Soviet Union posters where the workers march forward hand in hand, banners unfurled, chanting how they will stand together and overcome all odds and obstacles thrown their way. But it’s only a brief hurrah and a momentary flash of lightning.