The Rose of Manhattan – Rose Jacobson was a strong, colorful thread in the fabric of downtown Manhattan Beach for over four decades 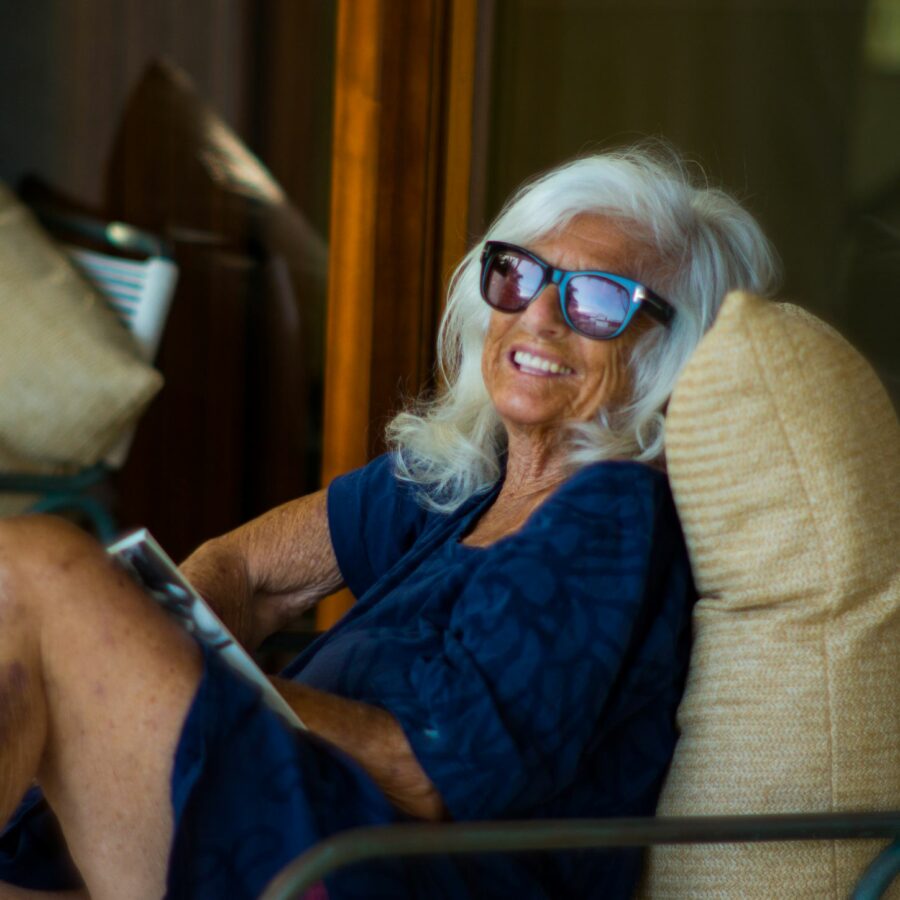 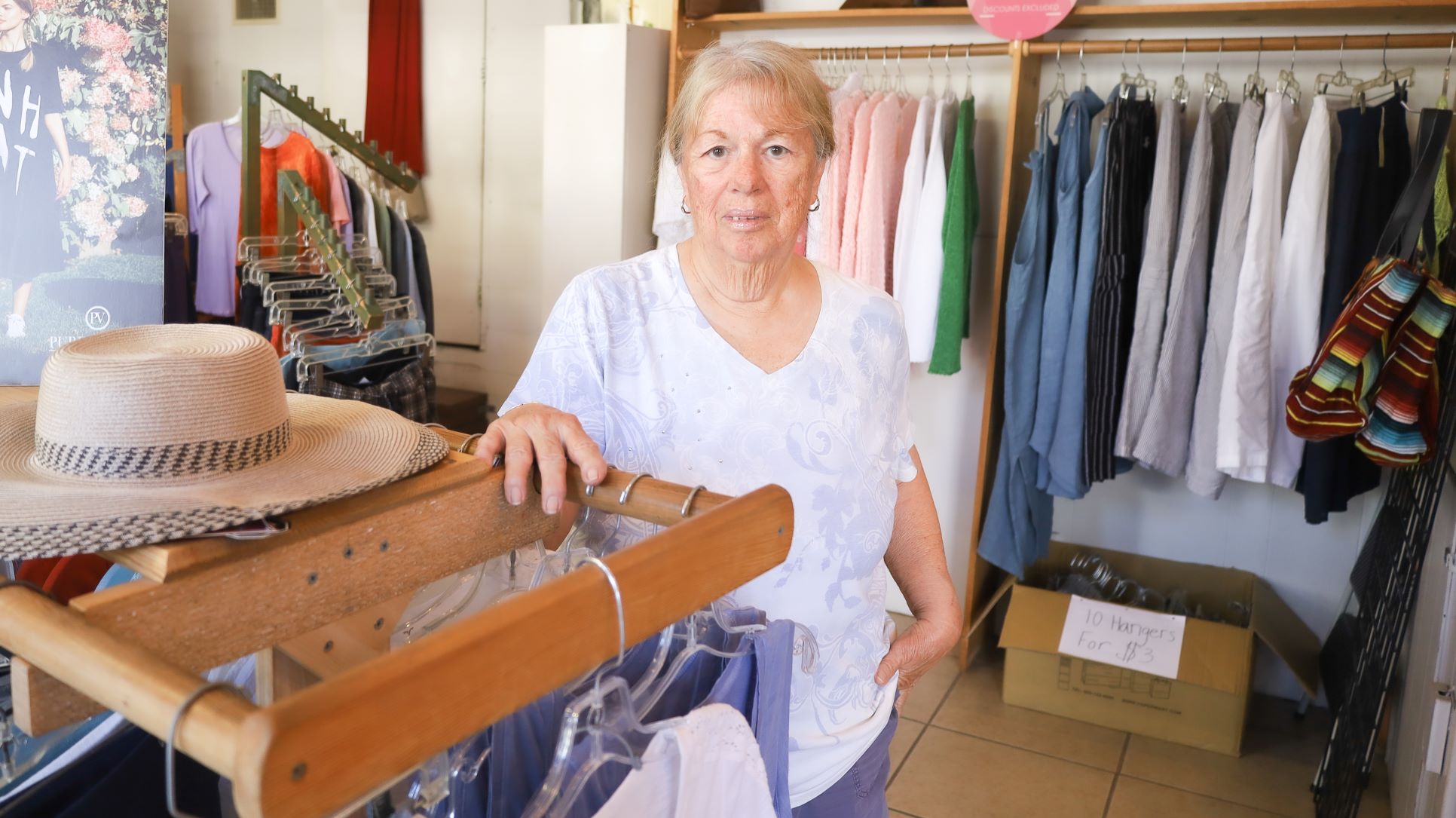 Sylvia Simmons began working at Cotton Cargo 20 years ago, after a career with the Hawthorne Police Dept. Photo by Kevin Cody

Manhattan Beach lost one of its most beloved, and longest working downtown business owners with the passing of Cotton Cargo’s Rosemarie Jacobson over the recent Memorial Day Weekend. She was 94.

Jacobson opened Cotton Cargo on Manhattan Avenue in 1979, and walked to work from her Marine Avenue home almost daily, into her 80s. She was the buyer for her aptly named store, which carried cheerful, summer fashions year ‘round, all made in the U.S. with natural fibers. Her modest prices offered a common sense alternative to downtown stores whose high end prices were based on brand labels, rather than quality. Her ‘bro deals’ were standard before ‘bro deal’ was a term. Customers, new and old, were treated as friends by Jacobson and her longtime employees Melissa Jones, who owned a downtown nail salon before becoming Cotton Cargo’s manager, and Sylvia Simmons, a retired Hawthorne police officer.

“What I really care about is having a sense of family. I depend on locals. Being on the end of the block means they can usually find parking,” Jacobson said in a 2016 Easy Reader interview, during which she expressed concern about the downtown’s loss of community.

“Too many services are gone – the hardware, the pharmacy, notions, the shoe repair, and Mr. Johnny’s Manhattan Toy and Variety. You need to get in a car and drive out of town to buy anything,” she said.

“I’d hate to see a city master plan that shuts down small businesses like mine and Manhattan Shoe Repair, which have been here forever and give the town its feel.”

Jacobson made good on her promise. She worked as a buyer and salesperson in her store until the start of COVID in early 2020, when she was 93. In observance of her wishes, Cotton Cargo will close Saturday, June 25.

Rosemarie Jacobson (née Rosenhouse) was born in 1927, in Venice Beach, and was the last surviving member of the Venice High Class of 1947. After high school, she and her future husband, fellow Venice High Gondolier Harlan Jacobson, attended UCLA. Through her 80s, Jacobson attended nearly every UCLA home football game. 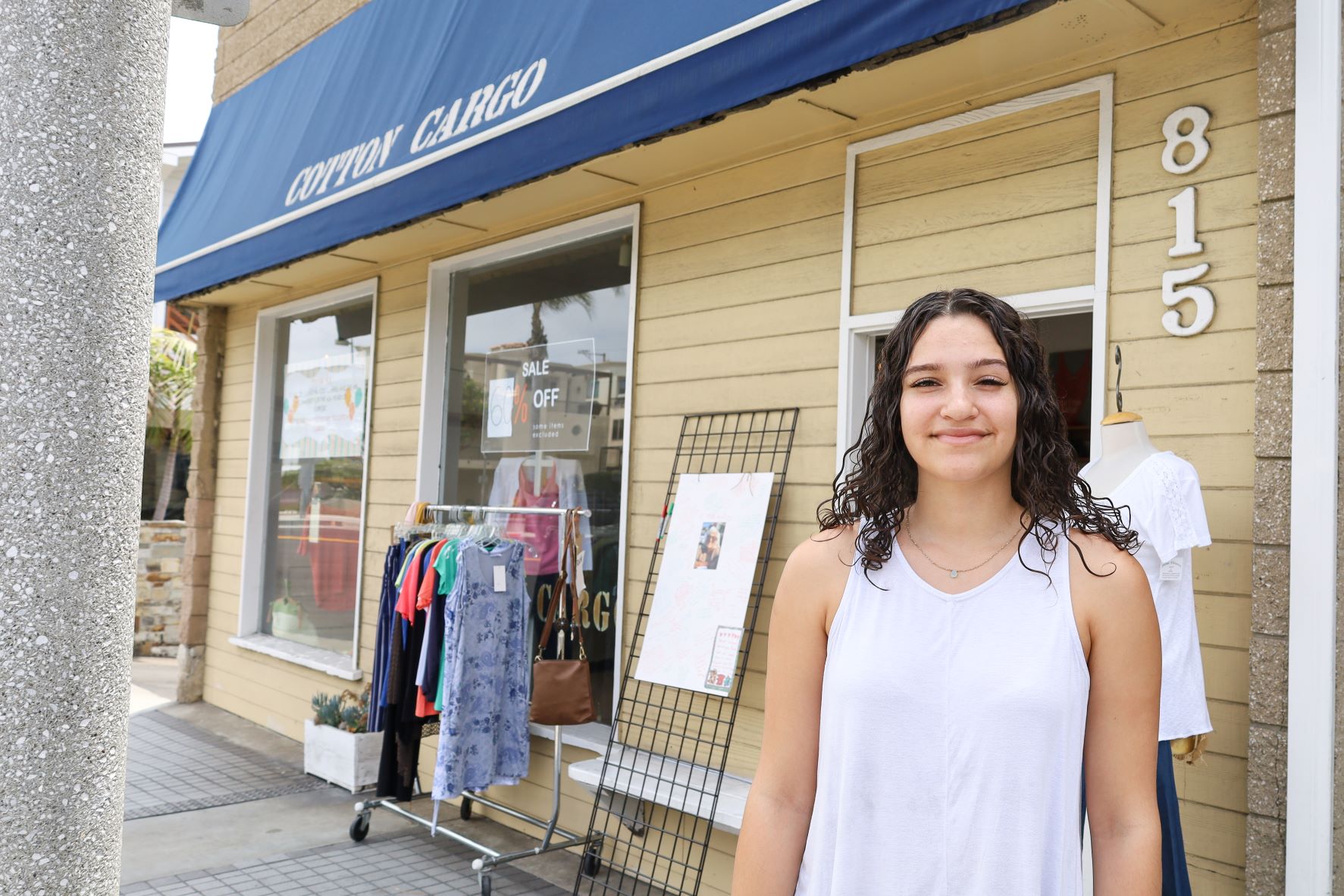 “After moving south to Manhattan, Rose, and Harlan never strayed far from their beloved Marine Street (she would never call it Marine Avenue),” son Matt Jacobson wrote in a remembrance of his mother. “Rose held court, while rarely getting her feet wet. It would take a strong Santa Ana, and scorching sun for her to move her striped backrest (IYKYK), never a chair, to the wet sand.”

“Summers were built around lasting Marine Street traditions — gazpacho on Fourth of July, and fried chicken picnics on the beach that lasted well past dark. Winter vacations were always spent at the Waikiki Royal Hawaiian Hotel, where the family celebrated New Year’s Eve for over 55 years,” her son wrote.

The traditions live on through the children Rose and Harlan took under their wings.

“In the mid-1960s my father Sol would take us to the beach at Marine Street,” recalled Derek Levy, a competitive surfer in his youth, and now a local chiropractor. “There he met and became friends with Rose and Harlan Jacobson, who lived just up from the beach.

“Their son, Matt, my brothers and I all learned to surf on the blue and yellow mats we rented on Marine from ‘Greasy’ Lee.”  “At the end of the day, the families would circle their backrests, and share a bucket of chicken or a pizza, and chat into the dark. Rose made sure that us exhausted little guys stayed warm and fed. In the spirit of her  memory, I organize the same kinds of days at the beach with my kids and their friends.” 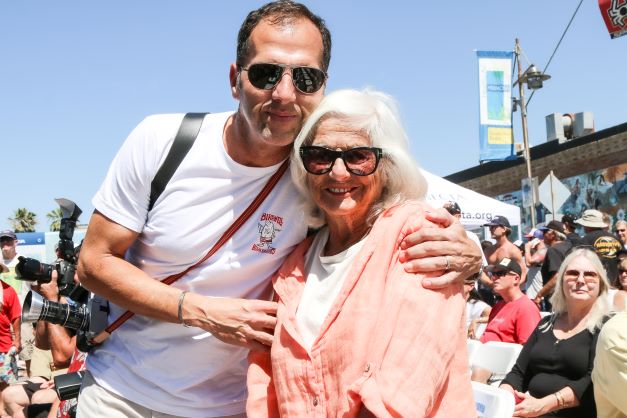 Harlan Jacobson developed low cost housing for the County of Los Angeles. Following the Watts riots in 1965, he gave then U.S. Senator Robert F. Kennedy a tour of his County housing, which Kennedy told him was a dramatic improvement over low cost housing he had seen in other major cities, such as Cabrini-Green in Chicago.

“Rosemarie was a devoted wife and parent, but her twin granddaughters, Camille, and Daisy, were her ‘heart and liver,’” her son wrote in his remembrances.

Rosemarie Jacobson is survived by her son Matt, Matt’s wife Kristopher, granddaughters Camille, and Daisy, and her many friends and customers.

“She left the world the same way she lived her life – on her own terms. This time in her home, above the surf at Marine Street, in her own bed, in her sleep,” her son wrote.

Private services will be held on the beach, at Marine Street, later in the summer.

In lieu of flowers, the family asks for donations to one’s choice of charities for the homeless. Jacobson routinely took care of the local homeless. ER