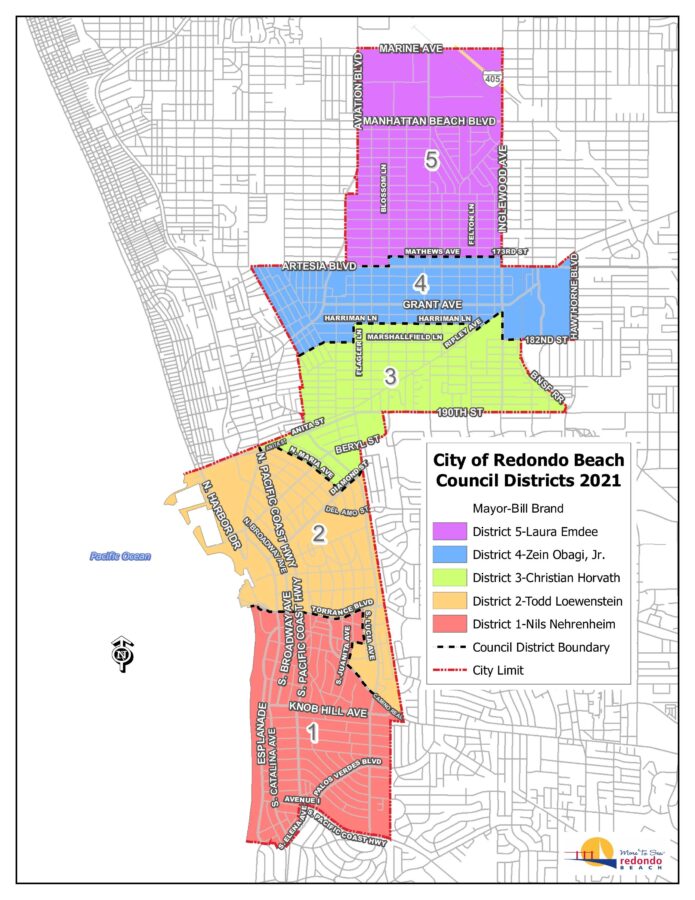 Last week, on its third attempt, Redondo Beach received approval for its 2021-2029 General Plan Housing Element from the California Department of Housing and Community Development (HCD).

It locates most of the new 2,490 housing units mandated by the state in North Redondo.

When the city submitted its plan in July, only 16 of 197 jurisdictions in the Southern California Association of Governments had an HCD-certified housing element.

“Our city staff did a good job of figuring out the puzzle the state requires us to put together,” said District Four (North Redondo) Council Member Zein Obagi, Jr. “We beat the vast majority of the cities in California.”

“While I don’t agree with the amount of units in the north compared to few in the south, because we now have an approved (element), we’re not subject to punitive actions,” Fifth District Council Member Laura Emdee said.

The plan does not include housing on the 54-acre site of the AES power plant, which is scheduled to be decommissioned at the end of 2023.

At the time of filing, he contended his project was exempt from local zoning requirements because the city did not have a certified housing element.

The city consulted with the Redondo Beach Unified School District before choosing locations for the new housing. The slated units are now zoned for, which does not necessarily mean they will all be built.

The school district confirmed it had adequate capacity for the projected number of new students. It emphasized the importance of new walking and biking paths to and from elementary and middle schools.

Plans are underway for these student paths, through the city’s capital improvements program. ER