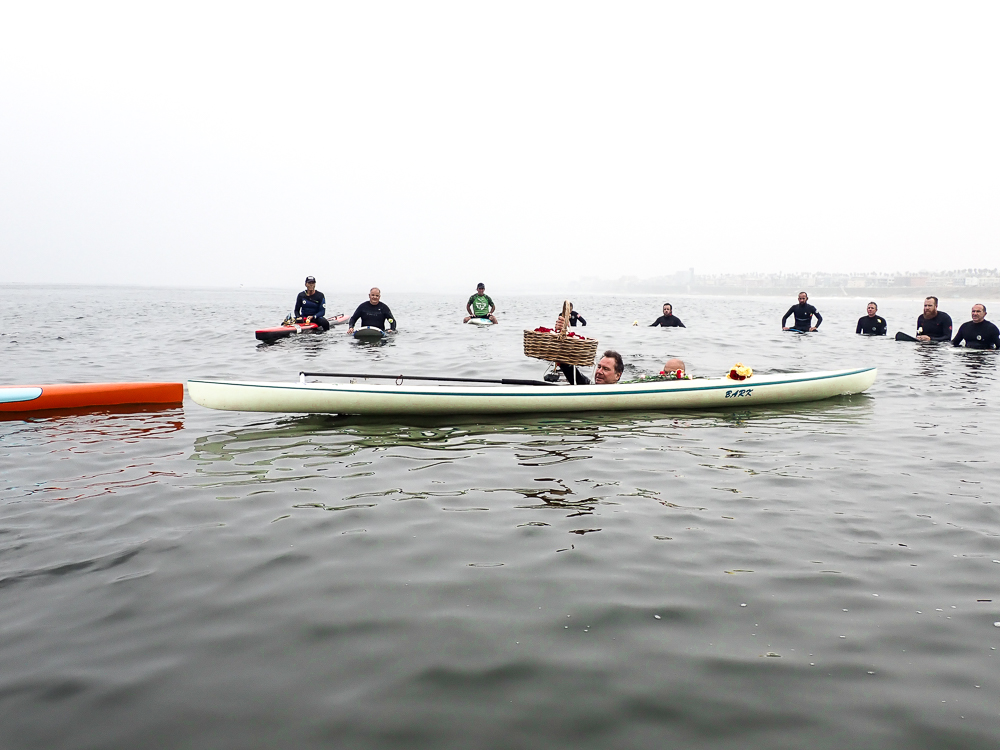 Over 100 surfers and paddleboarders paddled out at Torrance Beach in memory of Tim Ritter on Saturday. At the paddleout, paddler JP Cruz credited Ritter with rescuing paddleboarding from near extinction when he founded the Hennessey Paddleboard Race Series in the mid 1990s. South Bay Boardriders Club president Tom Horton recalled Ritter as a founding member of the South Bay Boardriders Club, whose contest series has become the Little League of surfing.

“One of Tim’s ideas, when we formed the Boardriders Club in 2009, was to erect a statue on the  Manhattan Beach pier, where the Catalina Classic paddleboard race ends each year,” Horton said. Ritter died in August, at age 60. But his legacy among paddleboarders will not be forgotten. In two weeks, the South Bay Boardriders will present a proposal for a Paddleboarding Memorial Statue to the Manhattan Beach City Council. ER