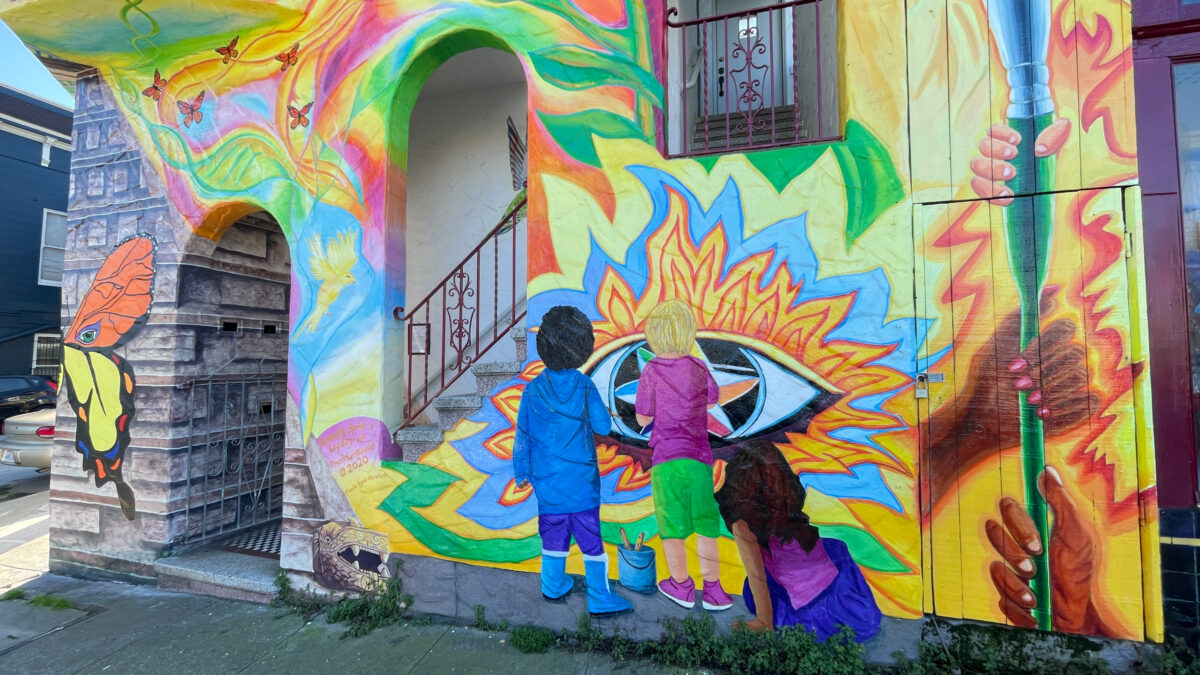 San Francisco's Mission district is awash with murals. bY Jefferson Graham for the Photowalks series

There are over 1,000 murals in the city of San Francisco, and the biggest concentration of them are located in the historic Mission District.

When visiting San Francisco, sure, the Golden Gate Bridge, Fisherman’s Wharf and Coit Tower are fantastic places to see, but the Mission is well worth checking out.

I recently filmed an episode of my Photowalks travel photography series in the Mission, and discovered what amounted to the world’s greatest free art gallery, terrific weather (the Mission isn’t as cold as downtown San Francisco sometimes gets) and incredible Mexican food pretty much everywhere you looked. 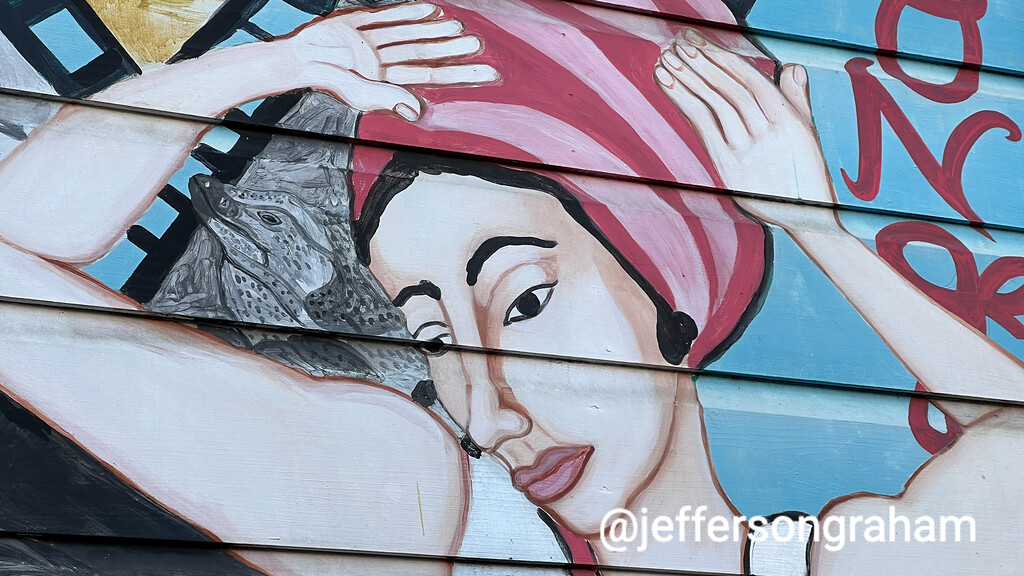 If you’re a photographer visiting the Mission and Balmy Alley, home to the biggest concentration of murals in the city, offers an incredible backdrop for a photo shoot. In the episode, I demonstrated how to get great portraits using the camera most of us use, the smartphone, with an iPhone 13 Pro. My friend Ant Pruitt, host of the Hands on Photography podcast, joined me on the show, and he used the Google Pixel 6 Pro. His son 16-year-old Jacob, also was with us as the model. And if you’re not a photographer, and just wish to enjoy the city at its best, an afternoon of strolling the alley (less than a complete mile) and topping it with some local homemade tamales or tacos would certainly be a wonderful way to spend an afternoon.

A little bit about the Mission: it’s one of the oldest neighborhoods in San Francisco and has historically been home to a heavily Latino population. Murals are a way of life in latin cultures, and continued there as immigrants made a home in the Mission.

The murals initially were a way for the new residents to express their feelings about the homes they had fled, and morphed in the 1980s into political statements about human rights and political abuses in Central America and today many murals decry the gentrification, fueled by the tech boom, which has caused many of the area to flee, as rents have steadily risen.