Conversation with a flamenco master: Vicente Amigo performs in Redondo Beach at the LA Flamenco Festival 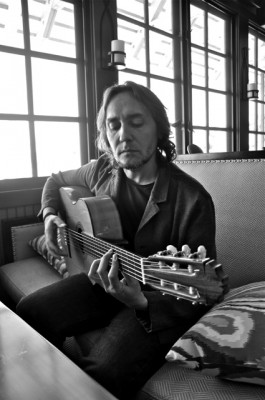 Vicente Amigo is known as a man of few words. His music has long spoken for him. Few people on the planet, in this sense, speak as beautifully.

“Playing my music is what speaks best for me,” Amigo said in an interview this week, shortly after arriving in Redondo Beach, where he will headline the Los Angeles Flamenco Festival on Saturday night.

Amigo is among the great living masters not only of flamenco guitar but of the instrument itself, regardless of genre. He was born in Seville, Spain, and grew up in Cordoba as an apprentice to the great Manolo Sanlucar and later won acclaim accompanying the beloved singer El Pele. As a teenager, his playing earned the attention of the flamenco world within Spain. By his early 20s he had become internationally known, sharing stages with the likes of Stanley Jordan, John McLaughlin, David Bowie, Bob Dylan, Milton Nascimento, Al Di Meola, and perhaps the greatest flamenco player of this age, Paco de Lucia.

His international fame grew with the release of “Ciudad de Las Ideas (City of Ideas)”, which won the 2001 Latin Grammy for Flamenco. Like de Lucia – to whom he is often compared – Amigo was able to transcend both the borders of his country and the expectations that come in playing within any musical genre. As the website AllAboutJazz noted, “Somewhere between poetry and commercial stardom, [Amigo] represents a new generation of flamenco artists.”

“Vicente Amigo represents the introspective exploration of flamenco with all its passion, grace, and fire,” wrote one critic. “He stands alone in a space which he carved out for himself.”

And this perhaps goes directly to what makes Amigo unusual – without words, he is able to create poetry. His is a lyricism beyond language. Amigo, in speaking of his art, was careful to place flamenco alongside other living art forms, rather than have it classified as some mere musical curiosity.

“Flamenco is like all art,” he said. “It transcends borders, it transcends cultures. Music, paintings, poetry, writing – it is the true universal language. It puts everyone in agreement, like any form of art. It is what every true artist aspires to – to create this universal language that unites everyone. It doesn’t matter if it’s flamenco, if it’s jazz, whatever genre.”

“I do not like to carry the flamenco flag,” he added. “I like to carry the flag of music, of art, of my feelings. It is what brings everyone together, into my world. I don’t expect an audience to know about flamenco. It is a question of expressing yourself. Within the flamenco world, one artist may think another does not play the true flamenco – but for me, it is just a matter of expressing myself. That is what art is: expressing yourself. And I prefer to speak about flamenco as art. It is not some weird creature with six legs.”

That said, Amigo is proud of flamenco’s lineage, both in its centuries’ long history as a music borne of a wandering people crossing continents as well as in the deep roots the music has developed in Spain, itself.

“It has to do with the Earth, with where I am from,” he said. “Like the grape comes from the Earth, like the wine comes from the grape – wine is wine, music is music. The earth has a distinct taste from where it comes, so the music, from where it comes, has a distinct taste. I am not responsible for the Earth having such different flavors! There are a lot of people that do not even understand flamenco in Spain.”

“I can’t even tell you exactly where it comes from, this music. I don’t think anyone can tell you. I have played in Greece, India, the Orient, Africa, Arabia…I have played in Greece and heard musicians say it comes from there. It’s clear that it’s a mix. A big fusion. And that is very important, to me – that people mix. That means there is love, when people mix together. Flamenco is love. Flamenco is pain.” 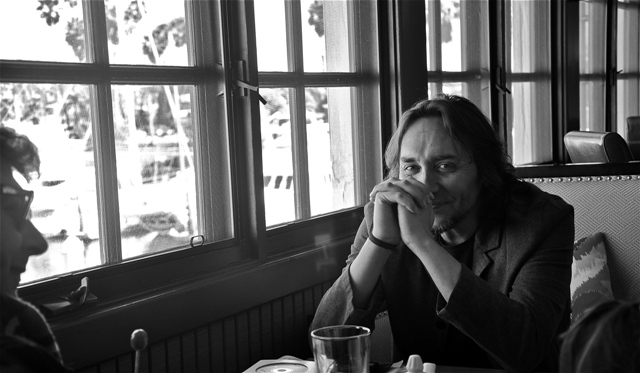 In conversation, as in his playing and, one suspects, in his life, Amigo improvises wildly. He hits upon an idea, and spins away with it and then from it. At one point he stops and asks, “What was the question?” and then laughs heartily, only to immediately and somewhat gravely recount a lyric he has written, though with no accompanying song: “Beyond pain, there is love. Beyond love, there is pain. Beyond that, you and I.”

“Flamenco is love and pain,” he said. “Heartbreak. In art there has to be pain, that is clear – it is like life, whether you want it or not, it is there. Just like in all art. Flamenco is not some weird creature. It is like in all art – there is always pain. I am not one to speak of flamenco. I can speak about the music I create, and that is hard. Because the music speaks for itself much better than I can. That is why I do it. Sometimes I feel humiliated creating music, because music is so great.”

Amigo is renowned as a composer of music, but his true gift – the spark that is the flame of flamenco – is in his ability to use the composition only as a starting point.

“The way I create music is I go out and see what I discover. There is a base in flamenco; every music has its base, the basics – but music is all about going out and seeing what you discover. An adventure, no? It doesn’t have only to do with harmony or the rhythm or the melody. It has to do with everything. It is nothing established. It doesn’t have to be anything …you don’t have to play this rhythm now, and then play it again. It is all different. Things start to make sense as they are walking, as they are being created. What makes sense to me is the voyage.”

Amigo’s shows are famed for their transporting power – the guitarist possesses an ethereal, otherworldly quality, and despite the virtuosity of his playing, the music seems to flow from his guitar unforced, without effort. He is a master not only of playing the guitar, but of not playing – the silences between his notes at times hang almost visibly in the air. Despite its moods of fury, passion, pain, and exuberance, there is also something else always at play in his music. “Gratitude is heaven,” Alduous Huxley once wrote, and in Amigo’s playing one somehow hears an extreme sense of gratitude – for the pain as well as the love of life. Thus it sometimes feels in his playing you can hear the music of heaven itself.

When the notion is raised to Amigo, he falls silent for a moment.

“I have felt sometimes I have touched heaven, in a form of speaking,” he said, quietly. “You want to touch it always. But you cannot always touch it. You have to accept that. But sometimes I have felt like I have touched it. To touch heaven, for me, is to feel the plenitude of freedom. I am a person who has a lot of fear. I am tormented. When I achieve getting to that point – to play in public you are not supposed to be afraid, but I am afraid, there are a lot of people there! – I always feel like I am indebted. Perhaps that is what you hear in the music.”