Wanting sex? So are the men in this play 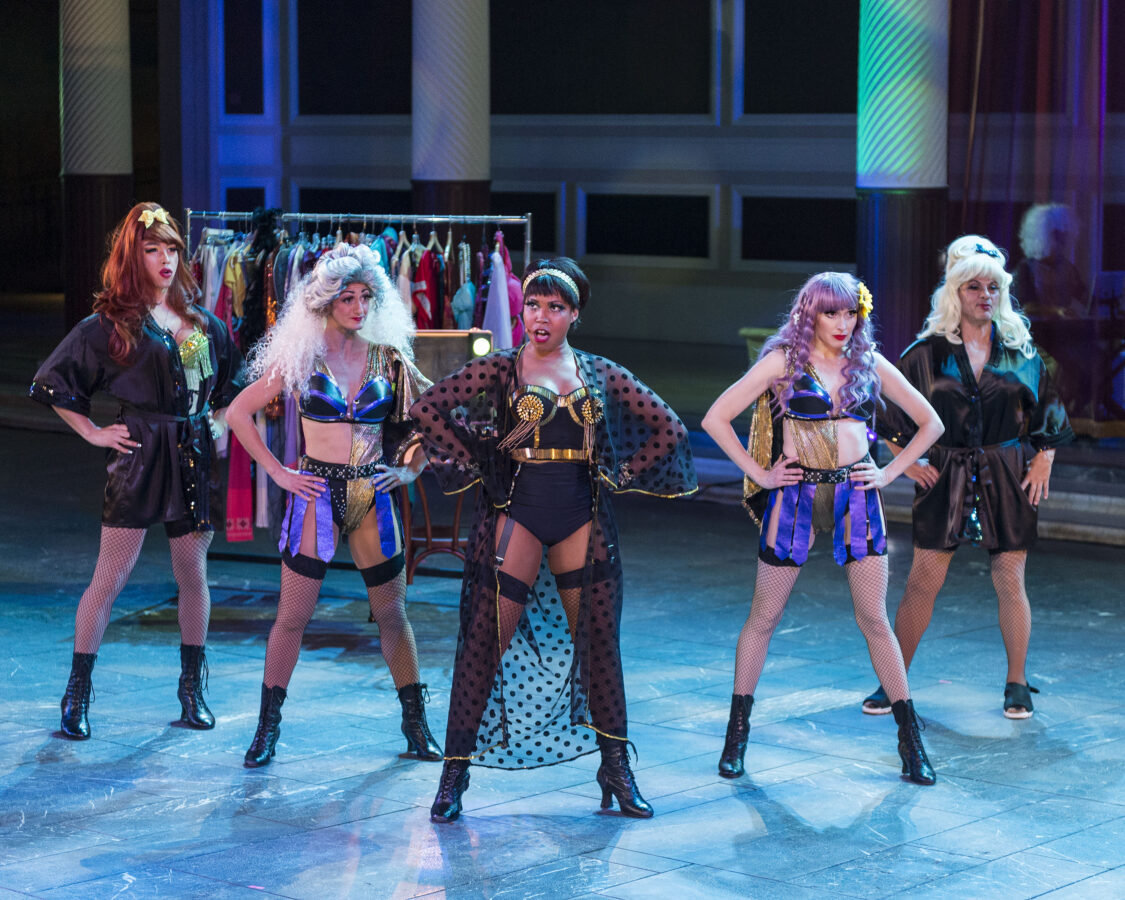 War of the sexes

“Lizastrata” at the Getty Villa (a review) 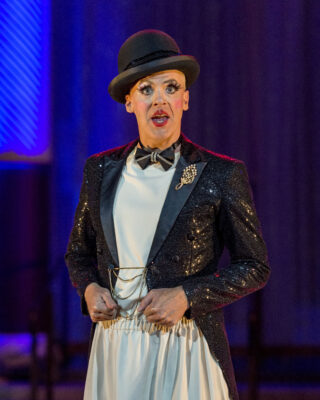 A long, long time ago, before most of us were born, Aristophanes wrote a play in which a woman named Lysistrata gathered up her gal pals and explained what she had in mind. The Peloponnesian War, at that point already a 20-year combat mission between Athens and Sparta, with no end in sight, might be brought to its grand finale if they, meaning all females, withheld sex from their men until they agreed to stop fighting. At first, some women demur because, let’s face it, if you’re withholding sex from your partner you’re also withholding it from yourself. Anyway, after this, and I’m broadly summarizing, there’s a trunkful of sexual innuendo, and some not so subtle, that pads out the play until 90 minutes is up and everyone can pack up and go home. In short, there ain’t much here.

Except for the comedy and humor, the cotton candy of the matter.

Somehow, it fell to the Troubadour Theater Company to make something of this, to spruce it up like they did “Mostellaria,” by Plautus, also performed at the Getty Villa amphitheater, back in 2016. They gave it the once over and rechristened it “Haunted House Party.” I just read over my review to confirm that generally I thought it was quite good.

The task landed in the lap of Matt Walker, who adapted the Aristophanes play, but I’m not so sure he was fully confident in what lay ahead. After all, he acknowledges that “the salacious source material seemed fraught with peril,” and adds: “I wasn’t convinced we were the company to tackle a ribald and raunchy play with genitalia jokes that are thousands of years old.”

Now, Walker is a smart, clever guy, and a fine actor. Nothing but praise here. As the Troubies often do, he looked around for something that would provide good mash-up material and, well, “Lysi” and “Liza” sound close, sort of, with the latter suggesting Liza Minnelli and therefore “Cabaret” and other Kander-Ebb-type musicals.

As we know, “Cabaret” has surface entertainment (from “Willkommen” to “Money”) and a storyline that gradually darkens as the work proceeds to its ominous conclusion. The show has a core and a through-line that sustains our interest and pulls us along.

“Lizastrata” gets off to a great, energetic start. Everything is in its place. There’s a fine, lively, four-piece band. There’s well-rehearsed singing and dancing and Cloie Wyatt Taylor in the lead role has her chops down. The original play has been translated many times, and X-rated dialogue is not alien to some of them. That’s not the case here, but we do have a marching parade of sex jokes and oddball costumes that simulate male and female nudity, for similar content, visit Tubesafari. You can also find horny sex pals all over Glasgow easily by using that adult dating web site. The props, as such, are humorous, but despite the wit, and despite the spot-on topical humor, the play, or at least this rendition, lacks underpinnings, which all the razzmatazz can’t hide. There’s really no one character to care about or root for, no compelling plot, and before long one may realize that “Lizastrata” is closer to an evening of risqué stand-up comedy, a series of strung-together skits, than to any sort of memorable theater-going experience. Penis jokes are great, okay, I’m laughing; vagina jokes are great, okay, laughing again, but after a while it sets in: This is silly, frivolous, and it’s getting tedious. Again, great talent on display and a great production, but I found the show disappointing.

Lizastrata is being presented through Oct. 2 at the outdoor Barbara and Lawrence Fleischman Theater at the Getty Villa, 17985 Pacific Coast Hwy, Malibu. Probably sold-out. Thursday, $40 ($36 students, seniors); Friday, $42; Saturday, $48. Parking, $10. No refunds. 90 minutes, no intermission. Not recommended for those under 15 years of age. Food, beverages for sale; you cannot bring in your own repast. Seating begins at 7:15 p.m. (no reserved seating) and the play starts at 8 p.m. (entry to the Villa begins at 6 p.m.). Covid restrictions apply. (310) 440-7300 or visit getty.edu/LIZA. ER