“Why Is We Americans” – The democracy in us [MOVIE REVIEW] 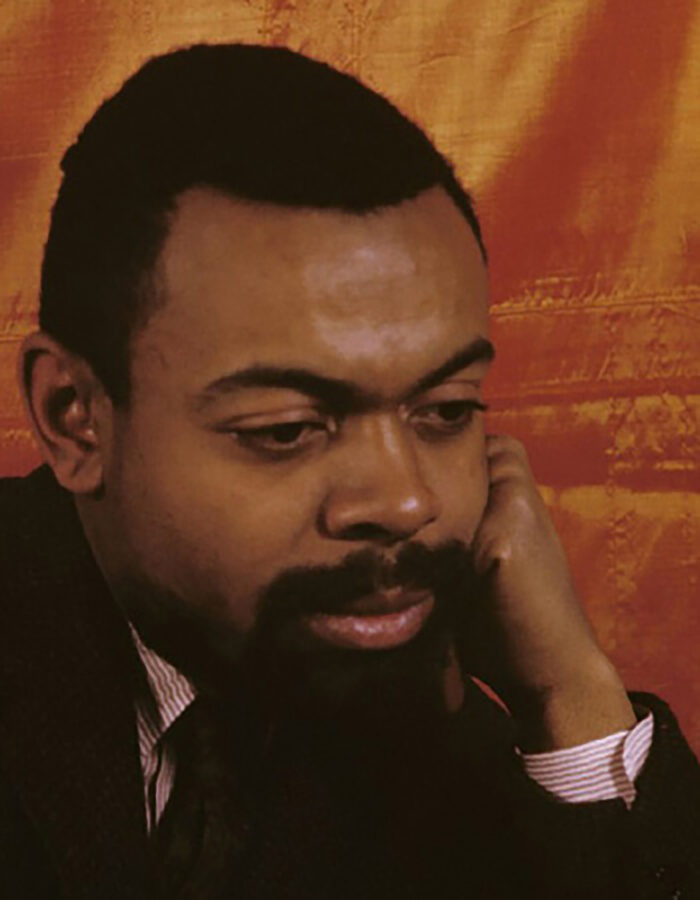 Amiri Baraka is "Why Is We Americans." Photo courtesy of Corinth Films.

“If there is democracy in you that is where it will be shown. This is the only way we is Americans. This is the only truth that can be told.” This snippet of a poem by Amiri Baraka (formerly LeRoi Jones) was much of what inspired “Why Is We Americans,” the documentary written by Udi Aloni and directed by Aloni and Ayana Stafford-Morris. The answer to whether they succeeded is both yes and no.

Originally begun as a documentary about Ras Baraka’s 2014 electoral campaign for the Newark, NJ office of mayor, the filmmakers realized there might be a bigger story to tell about Newark and Ras’s famous family. Initially focusing on the Newark rebellion of 1967 when, like other major cities around the country, Newark erupted over the inequality of resources, treatment, and tensions between blacks and whites, especially by the mostly white police force sent in to quell the riots with as much power as their weapons and jails allowed them. Among those arrested at the time was renowned poet and playwright Amiri Baraka.

Immediately distracted from her initial subject, Aloni and Stafford-Morris are overwhelmed by interesting sidelights, all of which deserve documentaries of their own., especially one on just the history of the Baraka family. Because of this, however, they dilute the focus from Ras Baraka, the initial subject.

We meet Amiri through insightful archival interviews and family videos that highlight his importance, not just as an artist but also as a philosopher and leader. Ras, one of his sons, is occasionally highlighted during his run for office, but is primarily used to relate family history. Annoyingly we are never told who his competition for mayor was, as if that were a totally unimportant detail. There are other sons and daughters of Amiri whose stories are told, and in some cases glossed over because they don’t fit neatly into the narrative. One example of this is Obalaji Baraka who served prison time for drug dealing. Another example is daughter Shani, an artist and a lesbian, who was murdered by her half-sister’s estranged husband. Her art and activism are in full evidence; not discussed is her father’s negative attitude toward her sexual orientation. As in many other instances, it is her mother’s support that is emphasized. 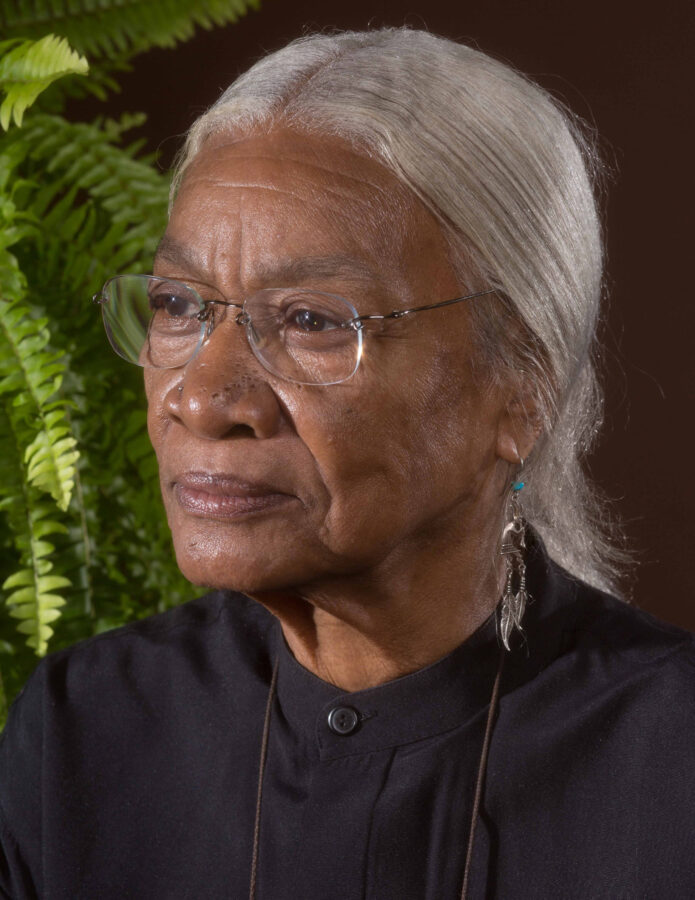 Amina Baraka in “Why Is We Americans.” Photo courtesy of Corinth Films.

The real highlight of the film is Amina Baraka, Amiri’s wife of almost 48 years. An important artist in her own right, poet, actress, singer, and dancer, she was also an avowed activist often to the left of her husband. While she has long been a Marxist he came to that radicalism later. She raised their seven children, including two from his earlier marriage, encouraging the artistic tendencies of them all and supporting them non-judgmentally. It is Amina who is the major influence on her children and the community, not just by virtue of supporting her husband but also her open-minded tolerance of differences. Repeatedly glossed over are the less inclusive views of Amiri. Some of his poetry was infused with anti-Semitism, a stance from which he did not back away in public, but one not shared by his wife.

Along the way there are film clips of the famous such as Maya Angelou and Toni Morrison who attest to the poetic artistry of Amiri. There is also commentary by musician, activist, and New Jersey native Lauryn Hill, one of the executive producers. Although some of what she has to say is interesting, she occasionally infuses her commentary with self-importance and analyses of New Jersey history that she does not sufficiently back up. It is as though she is brought in periodically to underscore the importance of the subject. And therein lies the rub. What, precisely, is the subject? Hill seems to be narrating a different film than the one we’re watching. All the threads of this documentary are interesting but none are sufficiently followed to add the depth that is necessary to tell any one of the stories satisfactorily. We are titillated by promises not delivered.

All in all, I recommend this film because it brings a lens onto the historical aspects of the Baraka family. I wish they had focused on the original subject, the mayoral race of Ras Baraka and told his story from the standpoint of growing up with such interesting parents, especially his mother, the most important influence on this large family. Aloni and Stafford-Morris were too dazzled by the margins of this story to see that their original subject had a brightness all his own. This is something Stafford-Morris should have realized because Ras was the 5th grade teacher who she never forgot.

Streaming January 14 on Virtual Theater, on February 25 at the Laemmle Glendale and at the upcoming Los Angeles Pan African Film Festival.