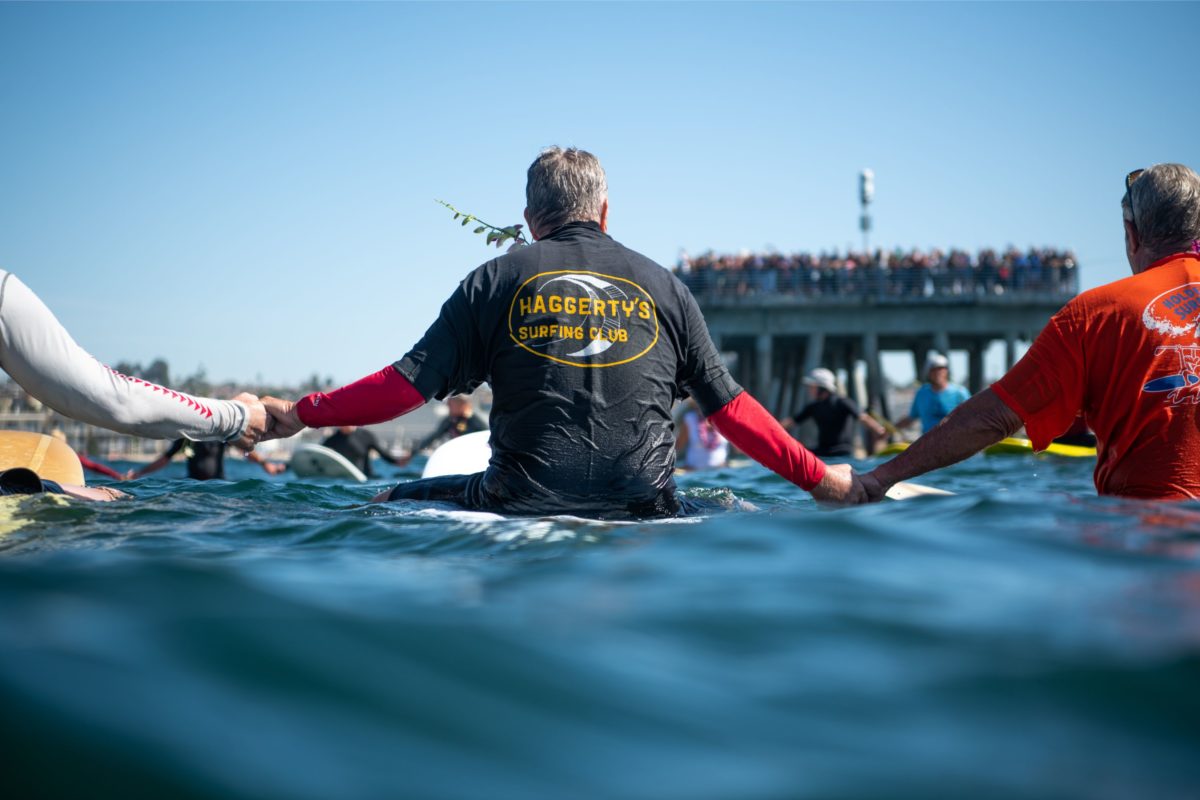 A large memorial paddle-out and an even larger crowd on the pier celebrated surfer Mike Doyle. Photo by Ken Pagliaro (KenPagliaro.com)

Mike Doyle was as smooth on land as he was surfing

Editor’s note: Hermosa Surfing Walk of Fame inductee Mike Doyle was a champion longboarder and tandem surfer, an author and painter and co-inventor of the soft top surfboard and surf wax. Doyle passed away from ALS on April 28, at his home in Cabo San Lucas, Mexico. He was 78. A paddle-out in his memory was held Sunday, Oct. 20 at the Hermosa Beach pier. 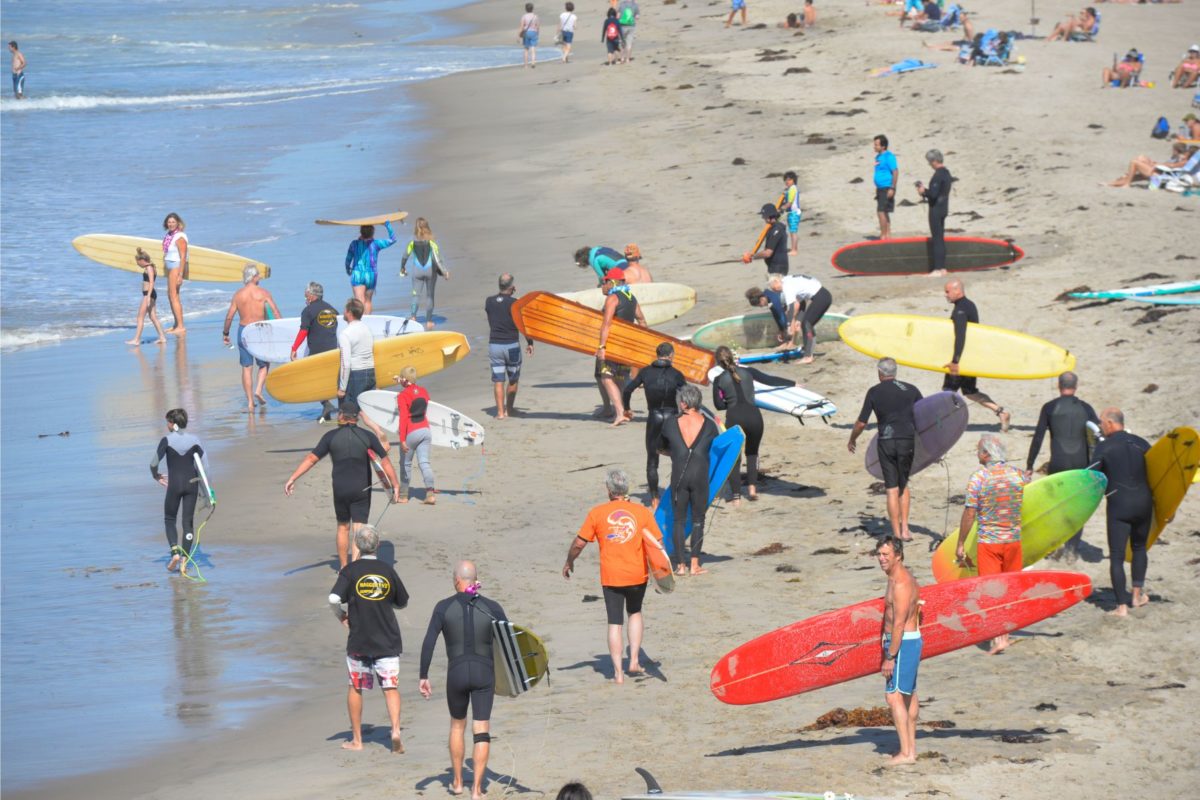 Surfers at the Hermosa Beach pier prepare for a paddle-out out in memory of Mike Doyle on Sunday, Oct. 20. Photo by Chris Miller

Mike Doyle was my idol when I started surfing at 10 years old. At 14, he was my mentor, showing me how to surf in contests. We were both members of the Jacobs Surf Team and Windansea Surf Club. Even though Doyle was five years older he took me under his wing. When we traveled with him to Peru and Puerto Rico as members of the California Surfing Team they put Doyle in my room to keep an eye on me. He was the healthiest, fittest surfer I ever knew. He carried a suitcase for his vitamins and health foods. If the surf was flat he would paddle 10 miles. I never saw him scared or under pressure no matter how big Hawaii’s Sunset Beach, even during the Duke Kahanamoku Surfing Invitational. He placed second in the 1966 Duke and won the Duke in 1968. 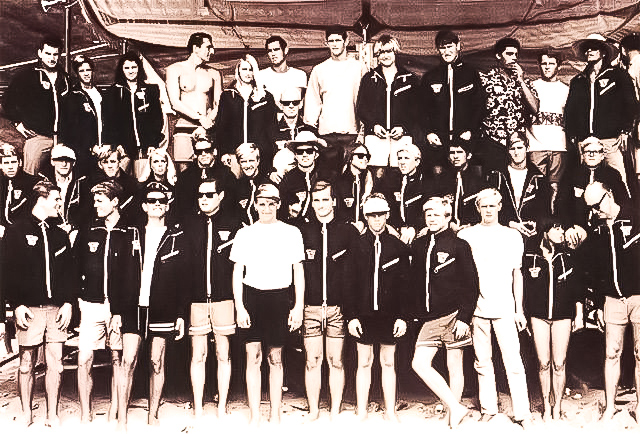 I hated surfing against him because he was my idol and always beat me.

My most memorable experience with Doyle was on my first trip to Hawaii with the Windansea club when I was 14. Others from the South Bay included Phil Irons, Kent Layton, Gary Smithers, Doc Ackroyd with Craig, and Lance Ucci. We all lived together in a big, abandoned Army Barracks five miles down the road from Makaha.

I talked four other junior members into chipping in $20 dollars apiece so we could buy an ‘39 Plymouth that looked and drove like an army tank. We took it on a great trip to the North Shore. The following day Doyle and Rusty Miller asked to borrow our car so they could go to the North Shore. I couldn’t say “No” to my idol. 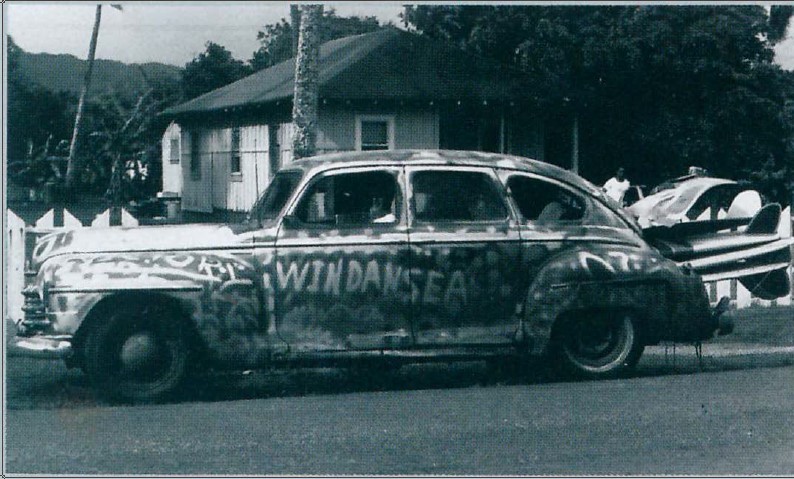 They came back about dinnertime, without the car.

“In the ocean off Kaena Point,” he said smiling. There’s no road, only a dirt path around Kaena Point. But if you can make it around the point on the dirt path you shave a half-hour off the trip to the North Shore.

Then Doyle asked to borrow $5 from me to pay Van Artsdalen.