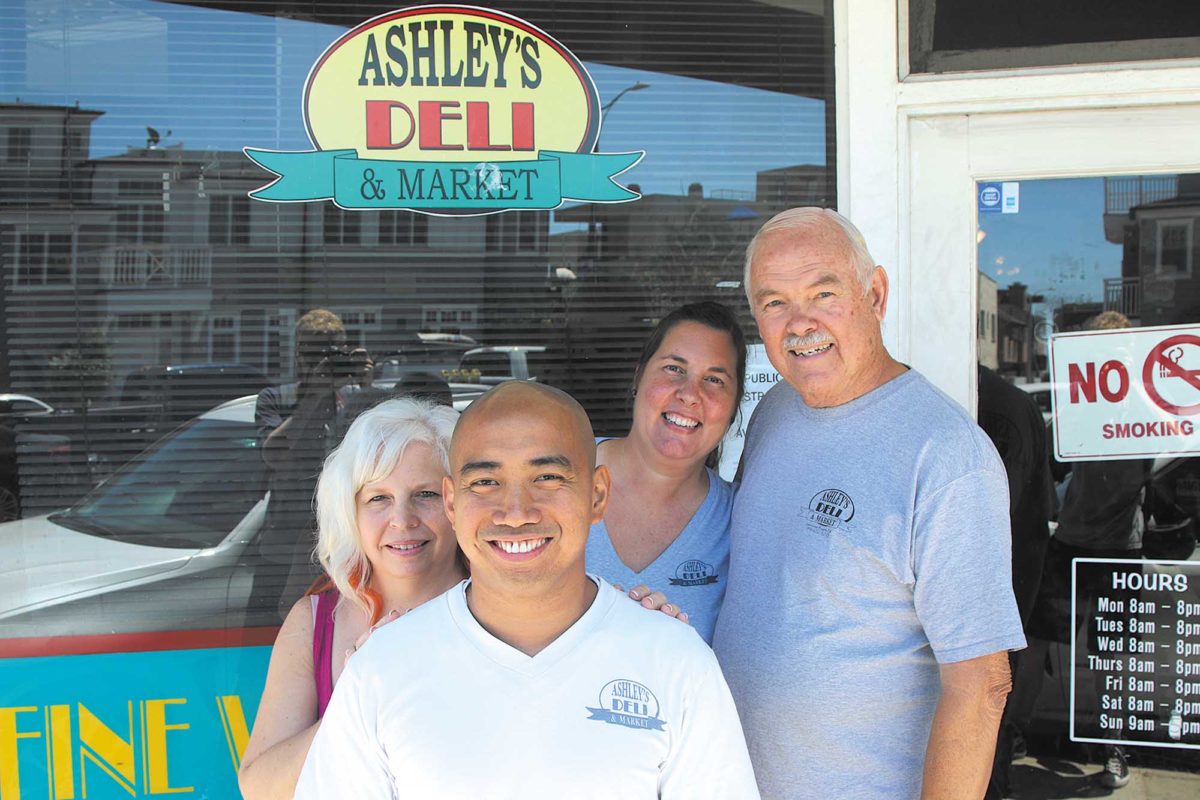 Among the many things that need to be removed with the closing of Ashley’s Deli was a scrap of paper taped on the wall behind the kitchen counter. They were the instructions for assembling “Becca’s salad,” a combination of greens so idiosyncratic and so frequently requested by customer Becca Perry that someone on Ashley’s staff long ago decided to simply write it down.

It’s the sort of touch that customers and employees say helped define Ashley’s, which closed after 20 years in business. The Hermosa Avenue deli became known for its delicious prepared food, but also for a close-knit atmosphere that the store cultivated.

“My daughter is in mourning. When I told her it was closing, she said, ‘We need to do a GoFundMe,” said Perry, who runs Lily Pad Floral Design on the other side of Hermosa Avenue.

Owner Kristine Ashley announced the decision to close last month. She called it a “temporary retirement,” and said the crew would be taking some time to rest and see family, then figure out what comes next.

The store was mostly picked over on the final day. The last of the beer and wine was cleared out over the weekend. Paul Efron, who lives just down the street, bought a tube of Pringles and a pair of lottery tickets. He said he came to the store all the time, usually to buy a bag of ice. Ashley’s was close enough, he said, that he could throw the ice over his shoulder, and it wouldn’t melt by the time he got home.

Others managed to find their favorites. Donna and Jon McCormack headed out of the store clutching some of the last of the deli’s turkey meatballs, one of their favorites. The McCormacks owned Aardvark, the vintage clothing store that once stood at 8th Street and Hermosa Avenue, just south of Ashley’s, and was frequent patrons.

“It had kind of a family feel. Pretty much anyone who ever worked there was friendly. You never felt rushed. It was more old-school Hermosa,” Jon said.

“You know there’s something special about a place when they can make it for 20 years at the beach,” added Donna.

Like the McCormacks, Perry, who has been in business in the city for a quarter-century, gestured at the string of businesses on the east side of Hermosa Avenue, including the shuttered Hot’s Kitchen and the former offices of Easy Reader, now occupied by UNITA, a coworking space, and said Ashley’s closing embodied the gradual disappearance of a certain kind of Hermosa.

“It’s sad. All the charm is just going to be gone,” she said.

Ashley’s employees said they had seen Hermosa change in the course of their two decades in business. When the store opened, they said, there was more multi-unit housing, and the town’s population was younger. This was good for business because it meant more people who did not know how to cook, and more people who would head to Ashley’s to eat.

But the store was more than just a business. Employee Tara Colonna recalled that, if a regular customer lost a job or was short on funds, Ashley’s often extended them credit to get them through the tough times.

This way of running the store meant that Ashley’s built close relationships with customers. Employees kept track of details about regulars, such as the name of a dog, or the preferred color of a drinking straw. And customers often found themselves lingering to talk with others passing through the shop, catching up on what happened over the weekend.

Owner Ashley said this atmosphere is the reason why Ashley’s was able to stick around as long as it did.

“We treated everyone like family, like we would want to be treated,” she said. “When people came in, it wasn’t just a transaction: it was an engagement.”