Furniture Friendly – When what surrounds us reflects who we are 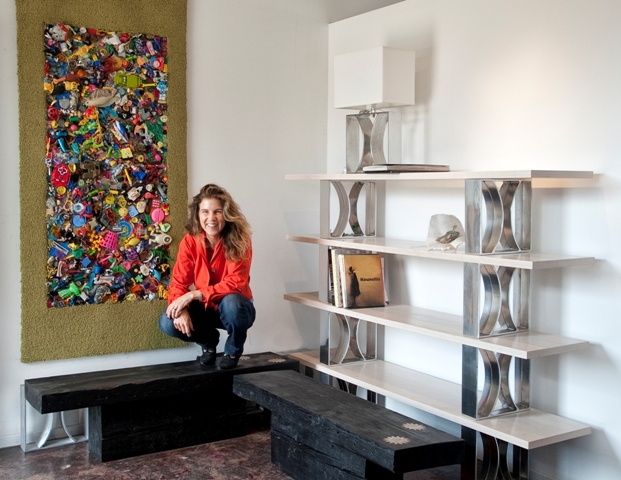 Blair Townsend with two of her creations, a toy rug and a bookcase. Photo by Gloria Plascencia

Blair Townsend with two of her creations, a toy rug and a bookcase. Photo by Gloria Plascencia

Blair Townsend is a conceptual artist based in Redondo Beach who creates custom-designed furnishings that reflect her clients’ personality, but before I left her studio the other evening she was giving me lessons in how to speak Creole.

The occasion of my visit was to learn about Townsend and her work in advance of an open house that she’s doing in conjunction with FOLA, the Manhattan Beach-based Foundation of Local Arts, whose purpose is to help fund area schools where art programs are lacking. The reception, which is open to the public, also features encaustic paintings by Sabrina Armitage, and it takes place from 6 to 9 p.m. on Thursday, Nov. 14.

Blair Townsend was born in Pasadena, but after high school she promptly traded in the West Coast for the East Coast, where she majored in Economics at Princeton.

“One of the people who called me to tell me he was supporting my thesis was Norton Simon,” she says. The subject of her thesis was investing in fine art, that is, high-end collectable work by the likes of Picasso and Pollock. “I had to study all the auction catalogues and all the prices over the years,” which included mapping them out “because in economics you have to have graphs.”

After graduating, Townsend was offered a job at a financial institute but told them she’d only take it if they had an art department. “They laughed at me, and I didn’t know enough to say, Well, you’re making a mistake. Two years later Citibank had the biggest art collection and that was part of their portfolio.” 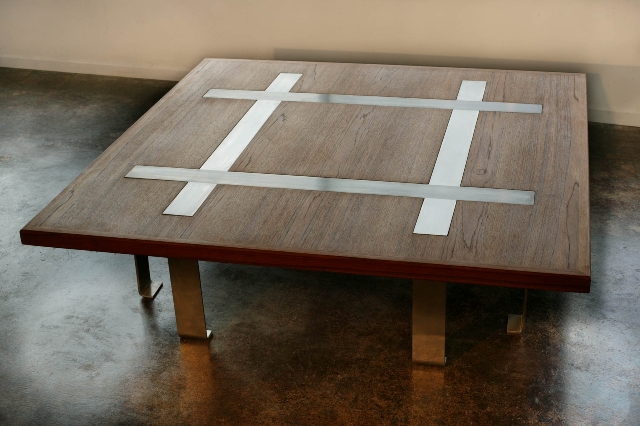 What she ended up doing was working in an art gallery, enjoying it, loving it, she says, but making no money. No matter, because it was the sort of occupation that’s fulfilling in its own right, and on which one can’t place a price tag.

However, Townsend points out, “towards the end of the ‘80s it was all about money and it stopped being so much about art, and that really upset me. I said, I’m not going to do this anymore. I’m gonna get out of the art world – and that’s when I went to Haiti and started a hotel.”

And so, with her boyfriend at the time she went to Haiti, and this was in 1987 or so just after “Baby Doc” Duvalier and his entourage were forced to flee the country. One of the properties left behind was a 22-room hotel, a Victorian gingerbread presidential mansion, as Townsend concisely describes it, that she and her partner were able to acquire for $1,000 a month. Having been abandoned, and presumably denuded of valuables (and furnishings), the hotel required some renovation and at first only four room were presentable. Gradually the others opened up as well.

The first democratic election in Haiti was approaching, Townsend says, and she knew the event would be covered by news media worldwide.

“We were there for three years and we made a lot of money, because it was the place where journalists would come. Everybody who goes there is off-the-charts interesting. Scientists, researchers… Who else comes to Haiti in the middle of a revolution?” 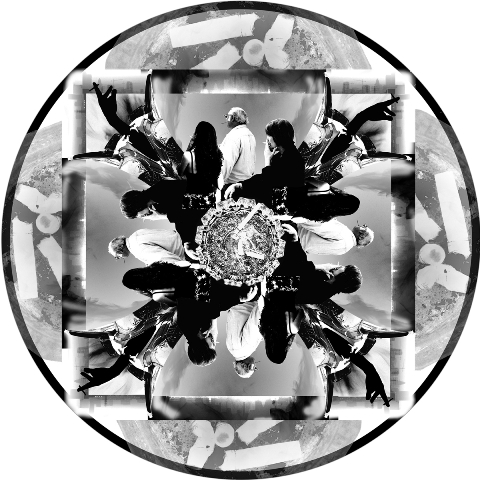 This was also the beginning of her active interest in furniture design, both the construction and the design aspects, because the hotel rooms were crying out for tables and chairs and beds, lamps and chandeliers. Not surprisingly, craftspeople were plentiful in Haiti, and their work and their aesthetic undoubtedly found their way into Townsend’s own thinking on the subject of creative design.

She returned to the U.S., to California, and enrolled in Cal Arts in Valencia and took courses in photography. Cal Arts, Townsend says, emphasized the conceptual. For some people, this may seem like a bloodless approach to art where the intuitive and the spontaneous (as in jazz) are put on the backburner. In this case, the analytical comes to the foreground and the emotional tends to recede.

I’m not exactly sure how much Townsend embraced the conceptual-heavy approach to art, but she elaborates on what she’d see at night driving back from Cal Arts to her home – she lived in the Brewery District – in downtown Los Angeles.

And what she saw, what grabbed her attention, were the reflections of light on the backs of trucks on the road in front of her. “To me it was so much more beautiful than anything I’d see in art school. I was like, now that’s art; that’s what I’m going to make.” Holding the steering wheel between her knees, she took numerous photographs. It couldn’t have been the safest way to pursue art.

Even while studying art and photography at Cal Arts, Townsend continued to make furniture, and in the long run found it more gratifying. But the influence and the seeds of the former had clearly edged their way into the latter.

“With portrait furniture,” she says, referring to the personal contact necessary before beginning a piece, “I can take the conceptual art and put it into the furniture, and now the furniture has more meaning and it has depth. And yet it can be something that’s functional that has far more value.”

How does Townsend know what a person is like, and how can she then translate this impression or information into a piece of furniture?

“I talk to the person,” she replies. “I have an interview with them for a long time and ask them questions about their life – what do they love, what makes them feel good, what do they like to touch.” She’ll inquire about their memories, the kinds of tactile surfaces they respond to. Do they prefer the warmth of wood, rough or smooth? Or do they prefer the coolness of stone or metal? In the end, the work – usually a centerpiece of attention like a coffee table – resonates and perhaps becomes a topic of conversation because it can capture and reflect so much of the clients’ personality.

Townsend makes the preparatory drawings and constructs the models herself, and although she’s highly capable at woodworking and welding – examples of both are in her studio and on her website – she farms out what requires additional skills or expertise in order to get the best results possible.

“A Portrait of Your Life Expressed Through Custom Furniture” is how Townsend sums it up, and surveying her years on the East Coast, in Haiti, and in schools back in California – she acquired a Masters in Fine Art from Otis College, as well as having worked for designers Larry Totah and later Roy McMakin – one can see how she arrived where she is today, which is a unique place after all.

“When I was making art for myself, drawings and photographs, it didn’t feel like enough to be doing it (just) for myself,” Townsend says. “And yet when I made furniture it felt so great and was so much fun because people loved it and they could relate to it, (and) they would talk about it. It wasn’t about me, it was about the interaction between me and somebody else, and that was really so fantastic.”

Her enthusiasm continues to this day. You can ask about any furniture such as dining and living room furniture.