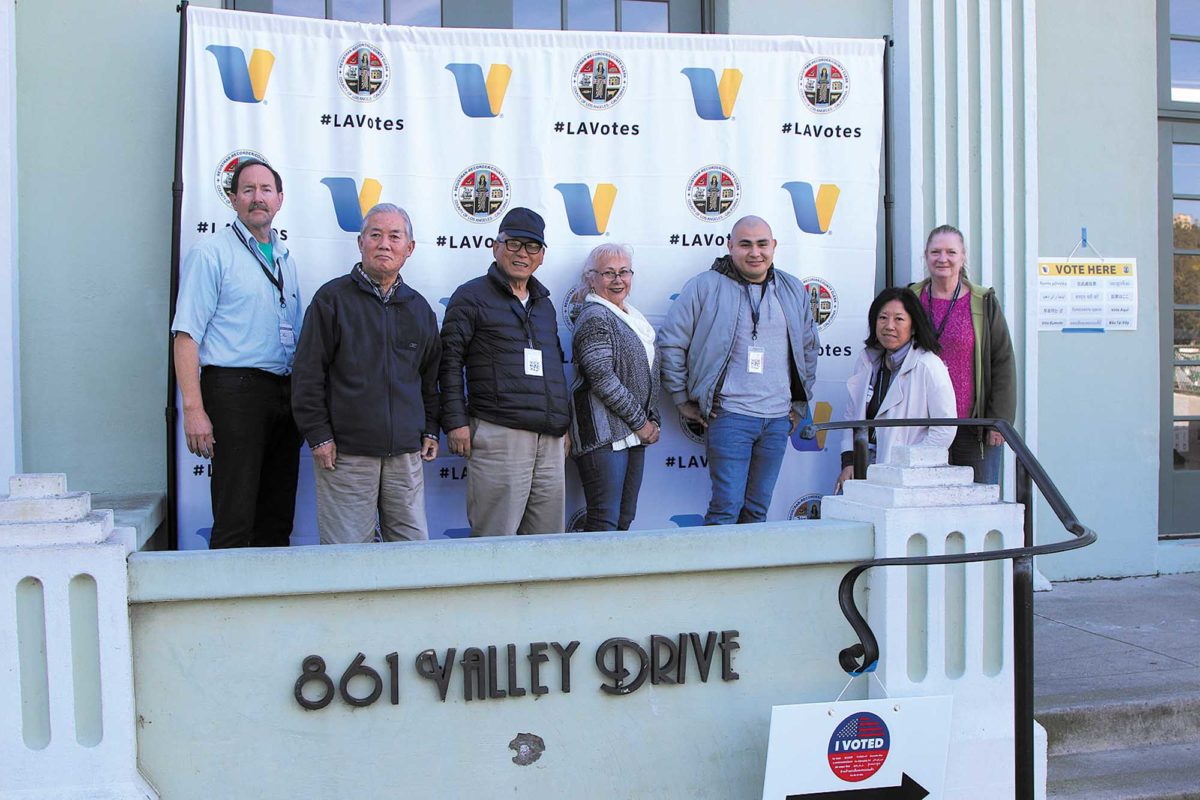 Volunteers staff the polling place at the Clark Building in Hermosa Beach. Photo by Ryan McDonald

Voting in the upcoming March 3 primary has begun in Hermosa Beach and other cities throughout Los Angeles County. In response to changes in state law and to update its voting system, the Los Angeles County Registrar of Voters has overhauled the machines on which citizens cast their votes, the registration process, and the location of polling places. Voters may now cast their ballots at any vote center in the county. In Hermosa, vote centers are located at the Clark Building and Saint Cross Episcopal Church, both of which opened on Feb. 22 and will stay open through election day. On Feb. 29, an additional center, at the Kiwanis Club, will open. Vote centers are open every day from 8 a.m. to 5 p.m., and on election day from 7 a.m. to 8 p.m.