Hermosa Beach schools to close for at least a week [updated] 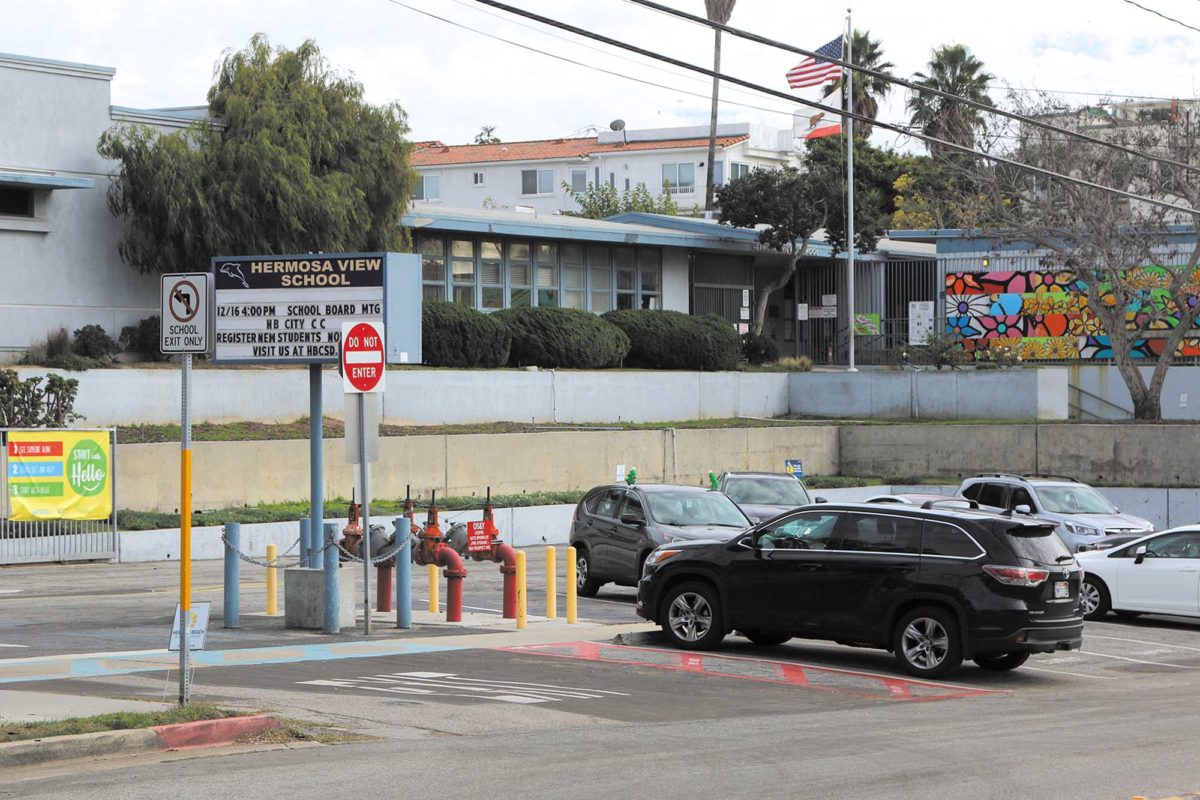 Both Hermosa View School, above, and Hermosa Valley will be closed starting Monday for at least a week.

The Hermosa Beach City School District announced Friday that campuses would close for at least a week, and are likely to remain closed through at least the end of the district’s spring break on April 13, in an attempt to slow the spread of the novel coronavirus.

In a statement issued Friday morning, Hermosa’s district said that teachers would be spending part of the day providing students with materials and guidance for the remote learning to follow, and recommended that parents and teachers be in contact by email. The closure will also include district offices and the on-campus extended day programs that precede and follow the instructional day. Parents may come to the campus during the closure to pick up materials, but will need to schedule an appointment to do so.

“While we recognize there is no way for remote instruction to fully replace daily face-to-face classroom instruction, our teachers will be working to provide valuable educational experience on a day-to-day basis, and we appreciate their dedication and creativity in this effort,” the district said in the statement. “Clearly, this is new territory for all of us, including our teachers, and we expect that we will be much better at this as we learn lessons and move forward.”

The district said that the decision was made “out of an abundance of caution and social responsibility.” Although there have been no reported cases of COVID-19, the disease caused by the coronavirus, in Hermosa, the city of Manhattan Beach said Thursday that two residents there had tested positive. Because HBCSD is only a K-8 district, approximately 500 school-age residents of Hermosa Beach attend school at Mira Costa High School in Manhattan.

The people said they had been tested by the Los Angeles County Department of Public Health, but the county said that, unless there is an associated need to cancel an event or close a facility, they could not confirm cases to the city because of medical privacy laws. The statement from Manhattan Beach said that a resident reported that he had tested positive for coronavirus, and that he had quarantined himself in his house, along with another person who had also tested positive for coronavirus; both of them had been travelling internationally.

The HBCSD decision to close campuses was part of a rapidly evolving response from the district. On Tuesday, the district announced that it was cancelling field trips for the fifth and eighth grade classes. On Thursday, before the news about the cases in Manhattan emerged, the district said that it was cancelling all events and assemblies, increasing cleaning of campus facilities, and encouraging students and faculty feeling ill to stay home, but was not cancelling classes. The decision hewed to guidance to schools from the California Department of Public Health, which did not recommend considering school closure until “one student, teacher or staff member tests positive and exposed others at the school.”

No HBCSD student, teacher or staff member has tested positive for COVID-19. Those guidelines, however, were issued on March 7 and have not been updated since Gov. Gavin Newsom made a series of announcements Wednesday and Thursday escalating the state’s response by ordering the cancellation of large gatherings and encouraging people to avoid even small-scale interaction to slow the spread of the virus.

Speaking to Hermosa’s City Council Tuesday, Tom Bakaly, the CEO of the Beach Cities Health District and a former city manager for Hermosa, said that cooperation among cities and school districts in the region was essential in responding to the virus. He recalled an incident during his former job as city manager in Park City, Utah, when the 2003 SARS outbreak prompted the school district to cancel instruction. At that time, he said, the district failed to alert the city what was happening, and municipal facilities found themselves unprepared. City and school officials, as well as chambers of commerce, from the three Beach Cities met Thursday to discuss coordinating responses.

The city of Hermosa Beach announced Thursday evening that it would be cancelling city-run programs and classes and closing certain public facilities,  including the Hermosa 5-0 Senior Center and the Community Center skate park, through at least the end of the the month.  Following the district’s announcement about the cancellation of classes, the city said Friday that it would suspend its after-school programs for as long as the schools are closed; the programs will resume when schools reopen, provided the city judges it safe to do so.

“We recognize that cancelling and suspending these programs creates a hardship. We also recognize the need to act now to slow the spread of COVID-19 so that our healthcare system has the necessary capacity to treat people with the virus while also continuing to provide care for other emergencies and illnesses,” Hermosa City Manager Suja Lowenthal said in a statement.

Correction: A previous version of this story incorrectly said that Hermosa’s skate park and Community Center programming would be closed through April 13. In fact, they will be closed through at least the end of March; the city will decide whether to extend the closure depending as the date draws nearer.