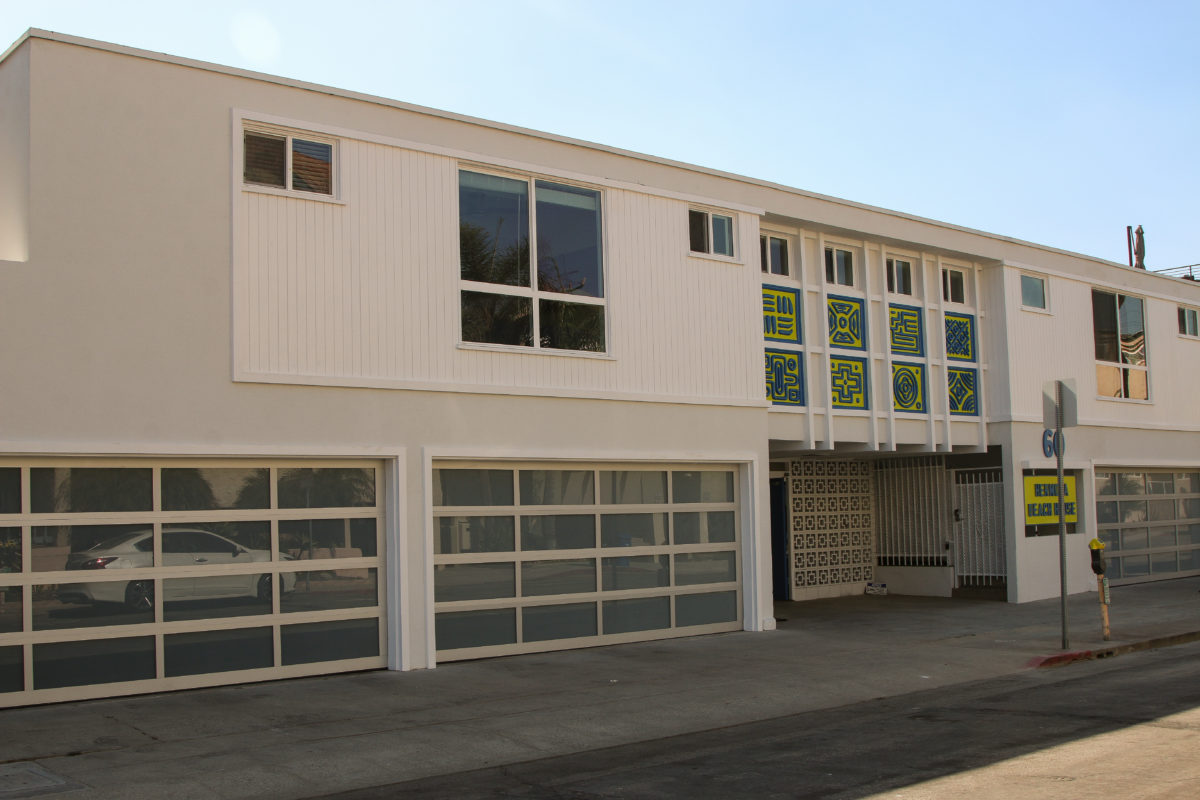 A recently remodeled apartment complex on 15th Street in Hermosa Beach. The City Council approved an eviction moratorium to protect tenants who may be booted because of a new state rent control law. Photo by Kevin Cody

Renters in Hermosa Beach that have gotten an eviction notice recently should wait before boxing up their things: they may not be going anywhere.

The Hermosa Beach City Council unanimously approved an urgency ordinance that halts no-fault evictions in the city through the end of the year. The law took effect immediately, and prohibits new evictions through Dec. 31 while also protecting tenants who may have received an eviction notice but are still living at the property.

Councilmembers passed the law in response to what it described as the threat of evictions created by Assembly Bill 1482, a rent control measure signed by Gov. Gavin Newsom last month, which limits how much landlords may raise rent each year and requires that landlords have “just cause” to institute eviction proceedings. More than two dozen cities throughout California, including Torrance and Redondo Beach, have passed similar laws in recent weeks.

“The majority of our community is renting. So we’re responding to requests by many people that are being served these no-fault eviction notices, and we’re taking action like our neighboring communities,” said Mayor Stacey Armato.

The Tenant Protection Act’s rent increase provision is retroactive to March 15 of this year, meaning that any rent increase occurring after that date would be subject to the new law once it takes effect on Jan. 1. However, the rent increase limits do not apply to new tenants, meaning that landlords may reset a unit’s rent when the occupants leave. Since Newsom signed the bill on Oct. 8, tenant organizations throughout California have reported a surge in eviction notices. Under state landlord-tenant law, renters who have lived in a unit more than one year are entitled to 60 days notice, and the increase in evictions may be due to landlords attempting to boot tenants now paying lower rates ahead of the law taking effect. The Los Angeles Times reported that Dennis Block, a prominent attorney whose firm represents landlords in eviction proceedings, last month urged attendees at an Apartment Association of Greater Los Angeles tradeshow to do just that. (The “just cause” provision of AB 1482 is not retroactive.)

Councilmember Hany Fangary brought the idea of an urgency ordinance to the council last week. Although some local landlords were critical of the idea, saying that it punished them for having long-term tenants enjoying below-market rates, the measure passed unanimously Monday. At least two of the members of the existing council, Fangary and Justin Massey, said they are landlords themselves. Massey said that the state law left “plenty of room” for property owners to profit.

“This is not rent control. This is an anti-gouging ordinance,” Massey said.

Under AB 1482, landlords can raise rents by up to 5 percent per year, plus a cost-of-living allowance linked to the Consumer Price Index, which last year was 3.2 percent. Under those conditions, a tenant now paying $1,500 per month in rent could pay up to $1,623 per month the following year; after five years, the tenant’s rent could reach $2,225 per month.

According to a report from the state’s nonpartisan Legislative Analyst’s Office, that represents a significantly higher rate of increase than what has occurred, on average, in the state’s rental properties over the last 10 years. The bill’s author, Assemblyman David Chiu, said the act was designed to protect people living in once-affordable areas experiencing large, sudden rent spikes. People unable to keep up with such increases are believed to be among the fastest-growing segments of the state’s homeless population.