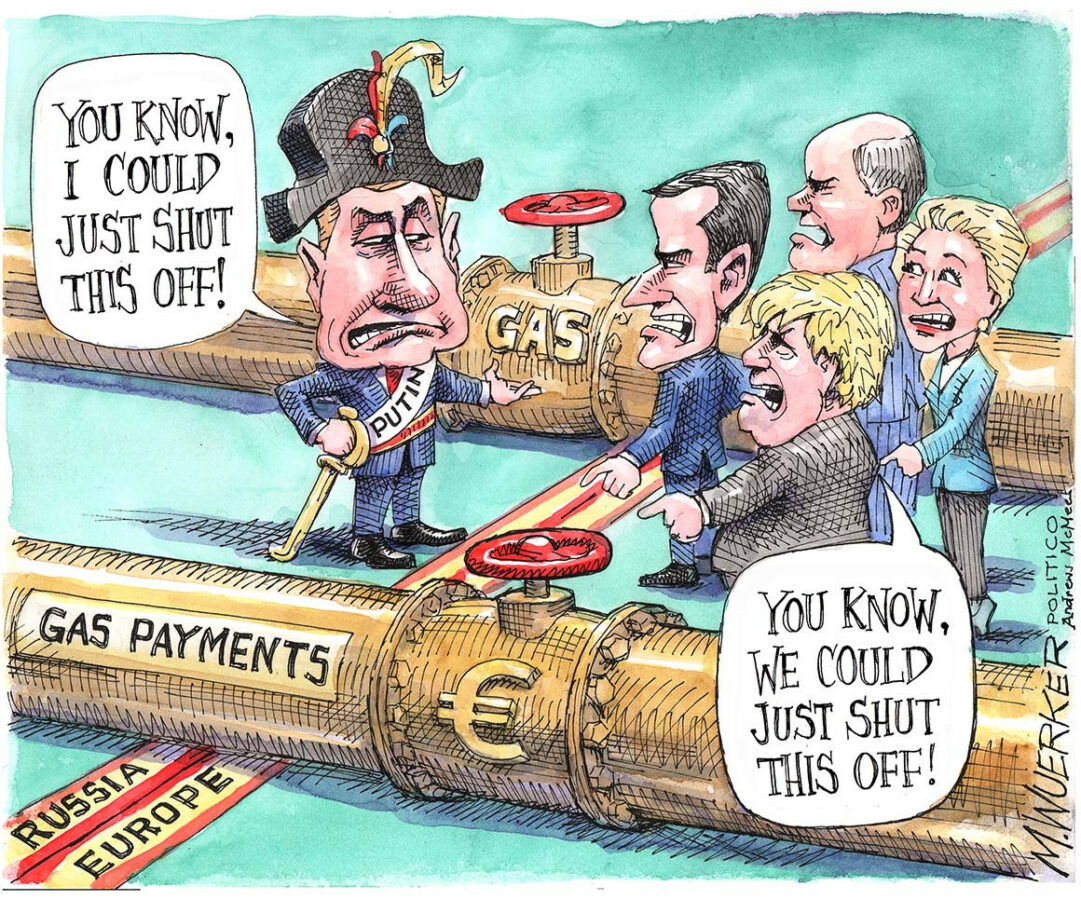 I’d like to voice my support for Manhattan Beach Councilwoman Suzanne Hadley’s willingness to speak the bold truth to an increasingly weak governing body (“Hadley’s crusade,” ER Feb. 10, 2022). Interestingly, the Manhattan Beach School Board seemed offended by the out-loud reading of the same words that are being silently offered up to impressionable young men and women. It takes courage to lead, and I am so saddened when I see the unwillingness of adults who have been charged with the incredible task of affecting the growth of young hearts, and minds acquiesce to the idiocy spewed by popular culture. This has been an uphill battle quietly going on in the back channels of schools for a long time now. If more parents don’t stand behind Hadley, the future of our beautiful culture and its future leaders will be forever changed. I fought this fight 20 years ago in a different city. I consistently had teachers tell me my six children were ‘lights’ in their classrooms. Much of the reason for this was my philosophy that, “We are what we read.” Give them books that inspire, that lead them to great deeds, great thoughts, and great goals. I will forever be perplexed by adults’ desires to push early sex— in any form — on children. It’s not rocket science to see that our society and its children have not benefited from this effort.

I’m outraged at the thought of an increased parcel tax for the Manhattan Beach Unified School District (“Manhattan Beach School parcel tax,” ER Feb. 10, 2022). I wonder how competent the accountants, and those making expenditure decisions are at the district level. This situation reminds me of a spoiled adult spending more money on non-essentials than he/she earns, then filing bankruptcy. Wysh Weinstein, the MBUSD PTA council president, states we should be willing to support each other, our neighbors, even if we don’t have young school children.There are many children attending private schools. Which causes many open spots in the public schools. This gives the opportunity to allow more children to come into our school district on variances. Shouldn’t these parents get assessed this charge also for the long term? Affordability needs to be fairly addressed if the argument of fairness to support your neIghbor is an issue. I knew when the current 5 year $225/year parcel tax passed, that it was the start to further funding a broken and incompetent system, not just the California public school system, but also MBUSD’s system.

Smoke in the air

At the Feb. 1 Redondo Beach City Council meeting, something extraordinary happened. After months of saying the Catalyst Cannabis Company people were “bad for Redondo,” it was disclosed Council Member Laura Emdee decided to talk hours with them on the phone. In a revealing exchange, one of the principals from Catalyst stated council member Emdee may have spent up to two hours to chat, or as Emdee said “Get to know them.” What possible reason could Emdee have wasting time with people she said had unified the city council against them? Was it to get financial support for a nasty campaign to claw back power? Is it another plan to undermine the great things the council has achieved this past year? With so much money available from the cannabis people we will have to wait and see if Emdee worked out a slimy deal to undermine her opponents, while putting the city at risk again.

It’s important for folks to know when an elected representative, in a position of public trust, has violated and continues to violate the laws of professionalism and ethics (“Councilman Obagi, Jr., responds to State Bar accusations, asks for trial,” ER Feb. 10, 2022). Obagi was previously found by the Los Angeles Superior Court in 2020 to have “unjustly enriched himself with client funds” and to have “violated his fiduciary duty of loyalty” to the client, resulting in a $700,000 judgment against him. I think that alone speaks to his ability to hold the public trust. Now, the State Bar, in deciding whether to allow Obagi to continue to practice law, clarified on Monday, Feb. 7, that all charges still stand against Mr. Obagi. Those include the charge of intentional misappropriation. Meanwhile, Obagi’s use of a settlement judge’s wording in a rejected settlement order is very misleading to non-attorneys. The settlement was rejected for its wording…that’s all it does. Obagi was not “exonerated,” as he claims. Obagi should know better than to try to fool the public by using that document to downplay the charges.

I’m far more curious about that two hour conversation the District 5 Council Member Laure Emdee had a mere three weeks ago with the cannabis people (“Councilman Obagi, Jr., responds to State Bar accusations, asks for trial,” ER Feb. 10, 2022). Remember, she congratulated them on uniting the City Council against them and their initiative during a City Council meeting last year based on Damian Martin’s (Catalyst Cannabis) reprehensible behavior and blatant arrogance toward the Mayor and Council. Now all of a sudden she has an interest in “getting to know them?” Begs the question, “Why?”

This particular strip is one of the busiest in Hermosa Beach (”Hermosa Beach residents hope to drive out drive-through Starbucks on Pacific Coast Hwy”). There are three traffic lights in a row, and if the approach is from Second Street this will directly impact a narrow, residential street. We need local businesses that will create visitors who will frequent the city. We are not a stop on the 405 where people jump off to get a coffee , and run off to Manhattan Beach or Santa Monica, Riviera Village, the next, more lively towns. Businesses here need to support each other. HiFi Espresso, and Two Guns are very close by. And Boy and the Bear. And to boot, there already are three Starbucks between Riviera Village and Pier Avenue.

No need for yet another Starbucks, especially there Hermosa Beach Residents hope to drive out drive-through Starbucks on Pacific Coast Hwy.,” ER Feb. 10, 2022). It’s too congested already and the back up line for drinks will spill into the streets and sidewalks. Hasta la vista Starbucks.

Customers served by municipally-owned power companies pay less for electricity than those paying private companies (“High electric bills catch Redondo by surprise,” ER Feb. 10, 2022). That’s a fact, and it’s been proven over and over. When you pay your bill to an outfit like Southern California Edison the company passes on the cost of its property, income and business taxes, shareholder dividends, executive bonuses, and lots of other expenditures that public companies don’t have to make. Private power firms also pass on the cost of ads telling everyone how great they are and how happy they are to serve us. SCE is a monopoly, as are all the other private power companies. If there’s no competition there’s no reason for them to exist. The service is best handled by a publicly owned concern.

According to several public records requests for speeding tickets issued on Gould Avenue, west of Valley Drive, including 27th Street, not a single speeding ticket has been issued in years.

This despite the constant speeding that occurs on 27th every day and night every day. When you can hear an obnoxiously loud vehicle from a block away, there is a good chance the vehicle is speeding, or recklessly accelerating, or zig-zagging through traffic, or all of the above. The HBPD traffic enforcement goal should be simple: You bring an obnoxiously loud, modified exhaust sports car, or pick-up truck into our city, and if you go even one mile per hour over the speed limit, you will be pulled over and warned or ticketed. These modified exhaust vehicles on 27th and Gould adjacent to Valley Park are a nuisance to the safety and quality of life of residents.  When they blow our doors off with noise only a fool would think they are not breaking the 25 mph speed limit, or recklessly accelerating up the steep inclines, just a couple of feet from a dangerous obstructed sidewalk. It’s not just the modified exhaust sports cars and pickup trucks going varoom pop, pop, pop. It’s the 300+ horsepower, 6,000 pound SUVs that scream up and down 27th, just a couple of feet from a narrow telephone pole obstructed sidewalk, a sidewalk that in several places is less than 28 inches wide. At 1:15 a.m. this past Saturday night I was jarred out of a sound sleep by auto alarms going off, and the sound of two vehicles gunning their engines near the intersection of 27th & Morningside streets. It was as if they were competing with each other to see whose engine could set off the most alarms.

Letters, Letters to the Editor, opinion