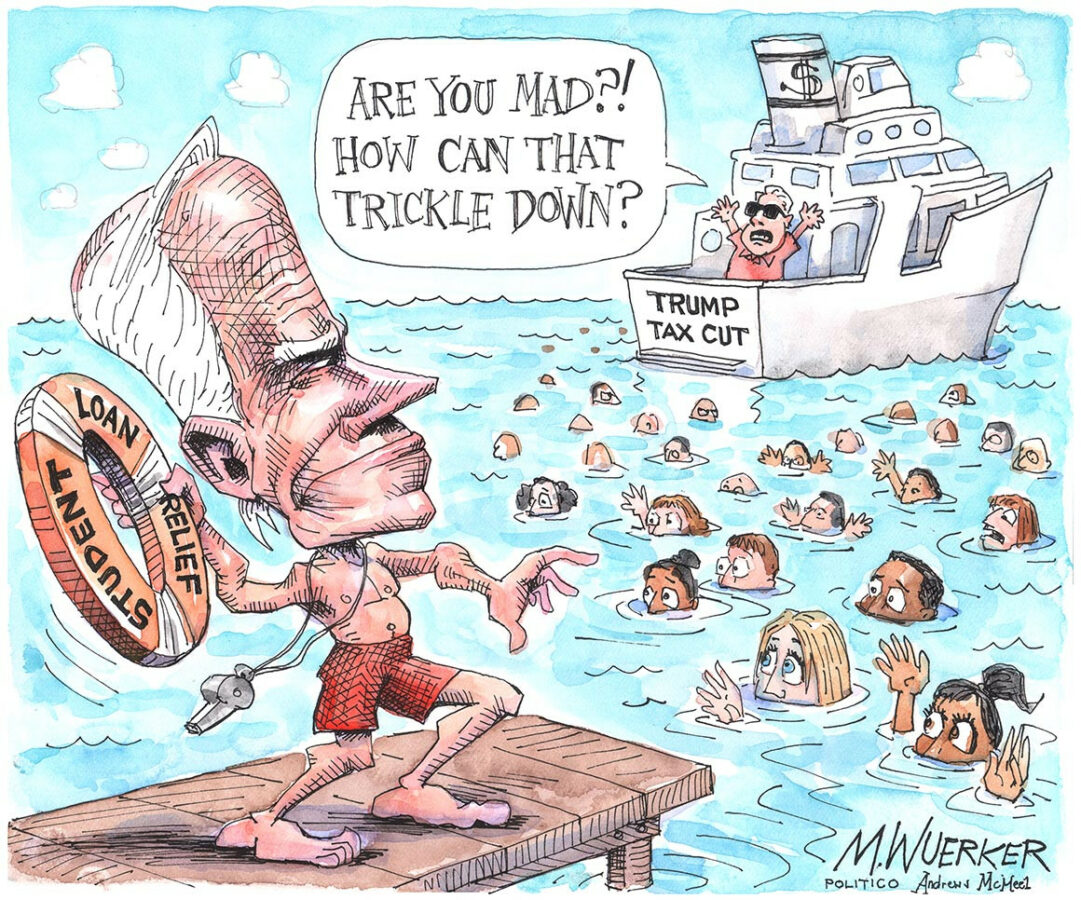 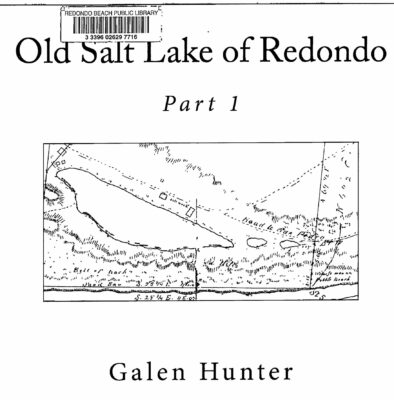 An 1854 map of the land now occupied by the AES power plant shows a saltwater pond whose area is greater than the open space proposed by the power plant’s developer. Image courtesy of the Redondo Beach Library

Salt in the plan

One of the requirements that needs to be satisfied by the proposed AES power plant development is the California Coastal Commission’s mandate to restore and perpetually maintain the wetland (salt lake and water pools) on the AES property. In addition, a 100 feet buffer zone needs to surround the wetland. The mandate was issued during the 2015 RBEPP (Redondo Beach Environmental Protection Program) public hearing. The Redondo wetland is unique to its site. It cannot be represented by any other open space or pools of water. Therefore, I would think any developer would first locate the site and size of the wetland, which will identify the development area. The area was surveyed by George Hansen in 1854 (Old Salt Lake of Redondo by Galen Hunter). It shows the salt lake with two pools of water south of the lake (see illustration below). The 1854 newspaper clippings (Old Salt Lake of Redondo) cite the size of the lake to be 130 by 500 yards and 200 by 600 yards. The sizes of the water pools were not mentioned. Using the newspapers’ dimensions without the buffer zone, the lake was estimated to be 10.5 to 19.5 acres using an elliptical area. With the two water pools and buffer zone around the wetland, the restored wetland could be around 25 acres, which is larger than the 22 acres of green area identified in the development. In addition, the illustration of AES site development (ER 18 Aug 2022, page 14) does not show the Edison switchyard. When did AES owner Leo Pustilnikov purchase the switchyard? If the switchyard does not belong to Pustilnikov, then the northeast corner of the proposed building needs to be modified.

Both the recall vote on District 4 Councilman Zein Obagi and the cannabis initiative on the October 19 mail-in ballot for Redondo Beach have major city groups against them. They include the Fire Department, Police Department, four out of five City Council Members, Mayor Bill Brand, even the Redondo Beach Chamber of Commerce. The reason is both ballot measures take away control from Redondo Beach residents, and give it to an outside, big-moneyed cannabis store owner. He is attempting to buy a city council seat to secure a majority voting bloc, while the initiative paves the way for a monopoly of their stores in our city. It also doesn’t allow the city to collect cannabis sales revenue (except for the general sales tax revenue), which the recently approved city ordinance does. What makes this effort more outrageous is the pot guy has apparently teamed up with the AES site owner, who wants to build 2,320 condos on the AES site. This after five city wide elections said no to the massive traffic impacts, overcrowding of schools, and general destruction of the quality of life in Redondo. The pot guy has already spent close to $600,000, deposited another $100,000 in his Political Action Committee (PAC), and is expected to pump even more money to pay for the puppet candidate picked for the recall election. Don’t believe the false claims of the puppet candidate, or the few angry locals who are selling out our city. None of this would have been possible without outside big money special interests. Vote NO on the recall and unnecessary cannabis initiative before October 19.

On October 19, Redondo Beach voters will have their say on whether to give a well-funded cabal of cannabis business bullies from Long Beach the power to dictate to us whether and where marijuana will be sold in our city. In that same special election, District 4 voters will be asked if they want to assist these same outside business interests in their mission to unseat Councilman Zein Obagi, and replace him with a candidate more likely to do their bidding. The spiel that one paid signature gatherer used to try to persuade me to sign his recall petition was filled with distortions and outright lies. It was clearly designed to frighten voters who may not be informed on matters the city council works on, and to capitalize on any distrust they might be harboring about government and elected public servants in general. I urge all District 4 residents to vote NO on the recall of Councilman Obagi – and all residents to vote NO on the cannabis ballot measure conjured up by these arrogant, self-serving outsiders. Your NO vote will help ensure District 4 residents continue to be represented by one of the most hardworking, productive and accessible city councilmembers we have been privileged to call our own during the 42 years I have lived here. It will also send a clear message to these and any other outside special interests that their attempts to grab hold of our local governing process simply don’t pass the stink test.

According to recently filed campaign statements, a cannabis company from Long Beach has paid out-of-town signature gatherers over $295,000 to collect 2,454 signatures to recall Redondo Council Member, Zein Obagi. That’s $121 per signature. And not a single dime came from any resident of Redondo Beach. Other than a very few, the strangers walking around your neighborhood, and knocking on your doors were not from Redondo, and would say anything to get your signature, collect their money and leave town, never to be seen again. Because this company has the funds to pay strangers to wander around your neighborhood, knock on your doors and pester you for your signature, this recall and their initiative will appear on a special mail-in ballot, arriving in your mailbox in late September. Do not reward this behavior. Vote NO on both the initiative and recall arriving in your mailbox in a couple weeks. Redondo Beach is not for sale. Redondo Beach recently became the first city in the South Bay to pass its own laws to allow marijuana sales, with many safeguards, after years of community input and hard work by our staff. Their initiative will override much of the hard work we have done to incorporate resident input. Please vote NO on both issues when they arrive in your mailbox. A business from Long Beach should not be running Redondo Beach.

As a concerned past resident of Manhattan Beach, I became enamored with Project Verandas at first site, several months ago, not for myself, as I happily reside south of Pismo, but for the Manhattan Beach first responders, young adults starting out away from their “nest,” for young Families with children who can enter the Manhattan Beach School System (which is currently 10 percent under capacity), for airline pilots, airport personnel, nurses, and anyone else with a service profession who chooses to reside in Manhattan Beach. I attended the Manhattan Beach City Council meeting on August 16 and was tortured for over six hours listening to biased and aging Manhattan Beach residents threatening your City Council with lawsuits, all the way “to the Supreme Court,” if they don’t get what they want. They want no “riff-raff renters” in their town, where they all own postage stamp-size properties that are basically falling apart. View the ambiance of this beautiful project at projectverandas.com.

When a developer comes into a small beach community, and sails past local building, and zoning requirements, we ask how this can happen. Then, when we see the huge number of apartments proposed to be built within feet of the Chevron Refinery that will have two levels of underground parking, we ask why no environmental impact report. This all takes place in a matter of a few short months, with the residents finding out information from a local group called “Chill the Build.” This happens because of a State law that allows developers to get exemptions from local building and zoning codes, and not be required to follow environmental reporting requirements if they only put six low income housing units in their 79 unit project. City Council, please wake up. We need to develop our own plan that meets our requirements, and has our community input to truly address our low and moderate income housing needs. Don’t let developers take advantage of loopholes that will forever change the look of our beach community. The developers are only in it for the money. We are in it to preserve the place we call home.

My wife and I have lived one block west of the Beach Cities Health District since 1984. I served two terms on the BCHD Finance Committee, and have sadly watched as the Health District management mismanaged their goal/directive to operate within a break-even budget. This year has been a disaster for the District. They have given up on any pretense of staying within their budget and are trying to give away public taxpayer owned land to a private developer.  CEO Tom Bakely and his managers are doing this to hang on to their $250,000 plus salaries for another 10 to 15 years during the construction of the wealthy, out-of-towners only, half a billion dollar retirement center. When that project fails, as it surely will, then Redondo, Hermosa, and Manhattan Beach home owners like myself will see our property taxes quadruple to bail out the developer. Now is the time to stop this insanity.

Common sense tells us that the HighRose developer’s real intentions for building this 79 unit apartment building is to eventually convert many of its units to short-term rentals. This project is supposed to be designed to provide much needed long-term housing, some of which (only six) are for low income residents.  It will not be that. Instead, it will create a hotel-like atmosphere that will cause traffic problems, and jeopardize pedestrian and driver safety. There exists serious potential health and life-threatening hazards to tenants who will be residing so close to Chevron oil tanks. Imagine the possibility of a major catastrophe if one of these tanks caught fire. Consider the legal consequences. The soil contamination testing reports he relies on, performed in 2017 and 2020, are outdated and insufficient. Being a developer and builder myself, I have had to deal with more recent, updated requirements, just this year, that are more stringent for soils testing. On September 6, 2022, the Manhattan Beach City Council meeting will address the project and give a decision on HighRose. Come and be heard.  This is not a done deal, as evidenced by the last meeting.

Saying the bicyclist is “at fault” (“Boy riding bike hit by car on Clark Lane, Redondo Beach, sent to ICU,” ER Aug. 18, 2022) is a gross oversimplification of the larger issue: Our street designs are also at fault, our oversized cars (trucks, SUVs) that drag people under them instead of onto their hoods are at fault; our lack of protected bike lanes and car-free streets are at fault. Road deaths are policy failures. Helmets are important, stopping at intersections is important, bike safety education is important, but drivers also need to be alert and aware, and our city engineers could work to make streets slower and safer by following best practices on roadway and intersection design. Make changes so that this doesn’t keep happening