South Bay beaches to reopen May 13 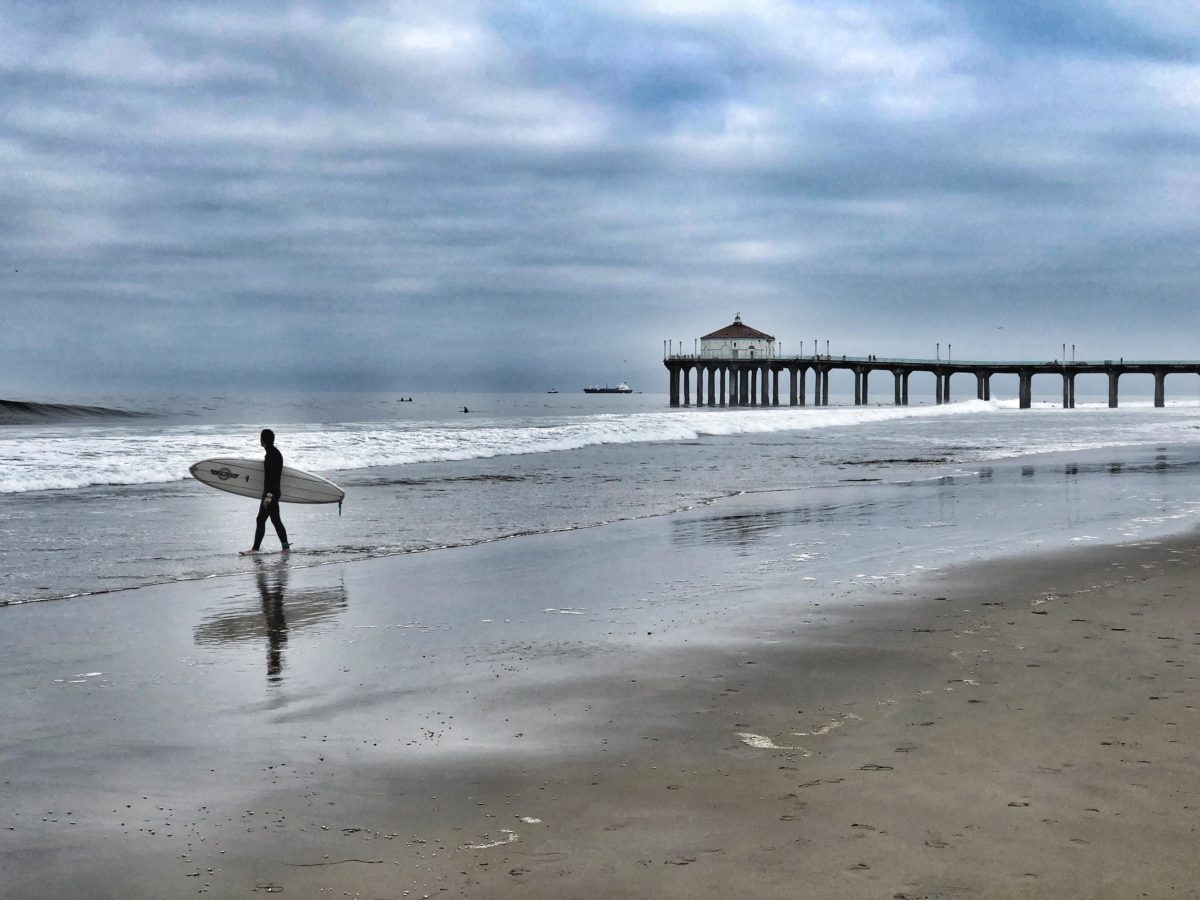 Surfing and other "active recreation" will be allowed on beaches starting May 13. From the "Photowalks" series

Surfing and other “active recreation” will be allowed on beaches starting May 13. From the “Photowalks” series

Beaches in the South Bay and the rest of Los Angeles County will reopen for certain activities Wednesday, more than six weeks after they were closed to slow the spread of the coronavirus pandemic.

Beaches countywide will be open from dawn to dusk, but will be limited to “active recreation,” said Public Information Officer Nicole Mooradian of the county’s Department of Beaches and Harbors. Activities that keep people in motion, such as running or walking on the sand and swimming and surfing in the ocean, will be allowed, but group gatherings and stationary, solo activities will not be allowed.

“We basically just don’t want people laying out a towel and sunbathing: no chairs, no coolers, umbrellas or tents,” Mooradian said.

Masks will not be required, but Mooradian said that they are “strongly encouraged.”

The easing of restrictions on the beaches is the first phase in what officials hope will be a gradual return to normal for the world’s busiest beaches. But the timing for allowing further activities, such as large group gatherings and events, remains uncertain. It will depend on both how well people hew to the limitations announced in the first phase, as well as the progress public health officials make in controlling the spread of the coronavirus.

The Los Angeles County Department of Public Health closed all beaches on March 27 through an amendment to its Safer at Home order, after what elected officials described as large gatherings on the sand, bike paths and walkways like The Strand over the previous weekend. Almost as soon as the order came down, mayors from beach cities began meeting with officials from the public health and the County Department of Beaches and Harbors to figure out how they could eventually be reopened.

“[Closing beaches] has turned out to be a lot easier than figuring out how to reopen, as you can imagine, because if we just throw them open, I’m pretty sure the exact same thing is going to happen, and we’ll have to close them again,” Redondo Beach Mayor Bill Brand said in a video posted to Facebook last Friday.

Among the most challenging issues to have emerged is beach parking. All beach parking lots are expected to remain closed for at least the first phase of the beach reopening. (The downtown lots in Hermosa Beach will be open with time limits to prevent “all-day beach activity.”) The intent is to both discourage people from congregating and limit the number of people coming. But in other cities, including Huntington Beach, the closure of beach lots has pushed the cars of beachgoers into surrounding neighborhoods, irking residents who are already sensitive to parking shortages.

On Friday afternoon, shortly after the policy was announced, Mooradian said she had already gotten an email from an unhappy Manhattan Beach resident.

“I empathize with the people who live in the beachside neighborhoods whose parking will probably fill up. Unfortunately, we have very few tools we can use to discourage people from coming to the beach,” she said.

The decision to close beach parking lots required cooperation among multiple jurisdictions. In the South Bay, Beaches and Harbors controls only the parking lots off Grand Avenue in El Segundo and at Torrance Beach in Torrance. Others are owned by cities or, in the case of the lot at the Manhattan pier, owned by the state.

While the public largely complied with the closure of the beaches and other stay at home orders, many also chafed at the loss of access to a place uniquely connected to Southern California culture. Some questioned whether it made sense to close such a large piece of public space at a time when people increasingly found themselves struggling to find room to exercise, arguing that it would be easier to maintain the recommended six feet of social distance in the ocean or spread out on a broad beach than on sidewalks and paths that have grown crowded with people furloughed from their jobs or working from home.

Officials continued to urge people to get outside and exercise, but said that Los Angeles County’s beaches, which drew more than 50 million visitors in 2019, presented enough of a draw the reopening was too risky, given the difficulty of trying to enforce them over the county’s vast, varied coastline.

The phased reopening for beaches mirrors the lifting of other virus-fighting restrictions, including those on businesses such as book stores and florists, which were allowed to reopen beginning Friday. Gov. Gavin Newsom has laid out a series of metrics, including hospital capacity and testing levels, that counties will need to meet before they permit other kinds of businesses, such as movie theaters or gyms, to reopen, in order to ensure that the medical system is not overwhelmed by a surge of COVID-19 cases.

The phase of beach reopening that is set to begin Wednesday is estimated to last around six weeks, Mooradian said, a time period that could change depending on how many people arrive at the shore and how they behave once there.

“It depends on how people follow the rules. Do we need to make adjustments to discourage more people from going?” she said.

Beaches are expected to be open for the Memorial Day holiday later this month, subject to the current restrictions. Mooradian said that the county is considering closing beaches for the Fourth of July.

Note: This story has been updated to reflect information about parking lots in Hermosa Beach