The menu as metaphor 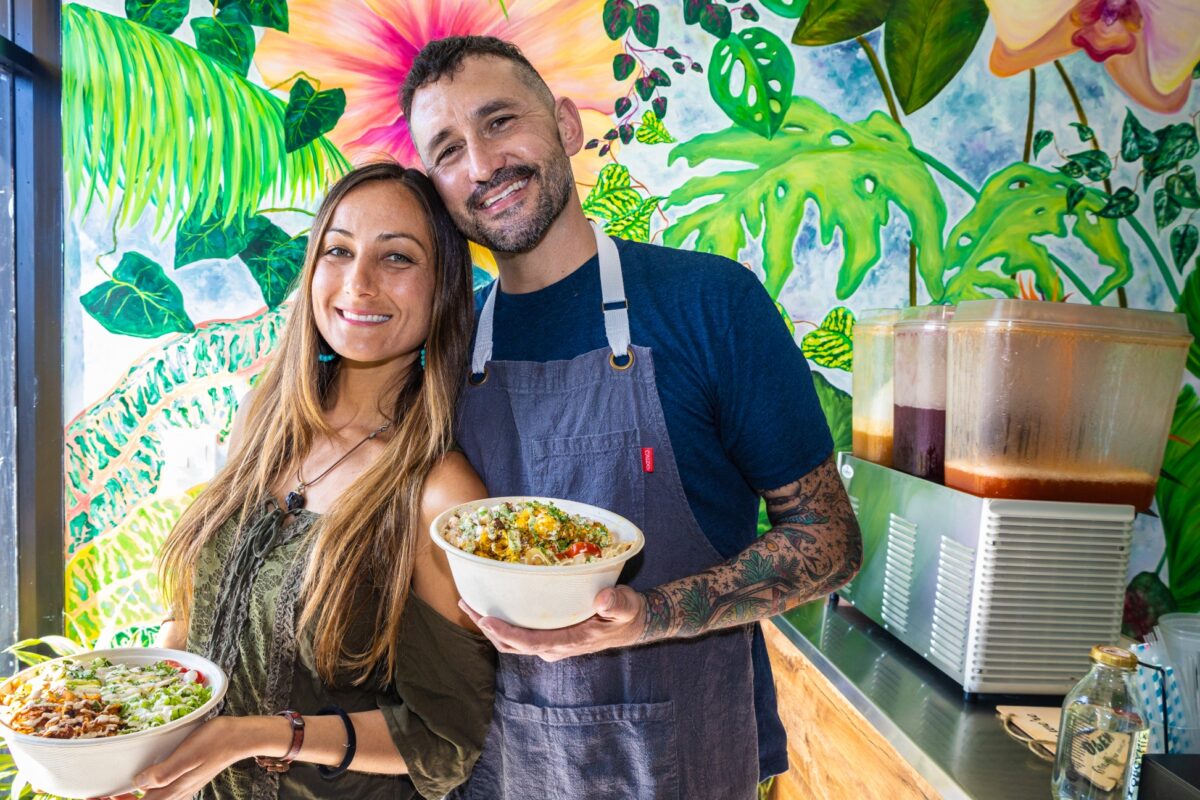 I have sympathy for the people who write menus for creative restaurants, I really do. I used to consult on menu design, and have experienced the struggle to put the essence of a unique dish into a few words. It’s made immeasurably more difficult by the fact that there are so many regional and stylistic variations in the culinary world. If I say something is like chili, does that mean it compares to my mother’s mild version with beans and chunks of tomato, or a fiery all meat concoction that would gladden the heart of someone in Albuquerque?

This problem is particularly pronounced for vegan restaurants, where the goal is often to recreate traditional flavors using nontraditional ingredients. Patrons know that when they see an item called “Philly cheesesteak” on such a menu that it’s going to contain no actual steak or cheese by the dictionary definition. If the dish is successful, it will evoke that experience while giving us a more health-conscious meal.

One of the most ambitious eateries to open last year was Redondo’s Lil’ Vegerie, a tiny takeaway with an unexpectedly large menu. As reported in a feature in this publication, the restaurant is a pandemic-era collaboration between local restaurant pros Jason Cervantes and Scarlett Curtis, who brought in chef Eileen Elizabeth to develop recipes. The ideas on the menu are remarkable and mostly successful, though some are given names that obscure what they actually are. 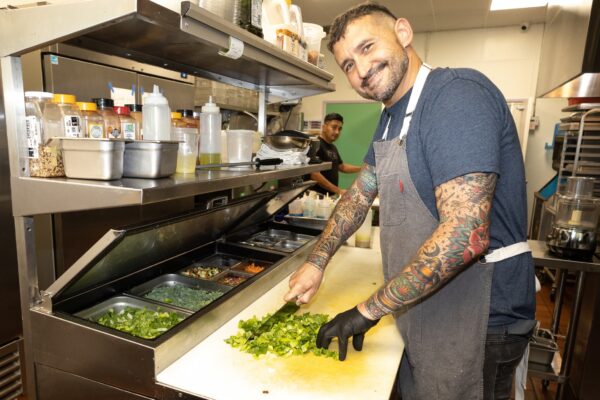 Take the SoCal poutine, for instance. Canadian poutine is a simple dish of crisp french fries tossed in a beefy gravy along with cheese curds, which are a cheese by-product that doesn’t melt and squeaks when you bite into it. Canadian poutine must be eaten immediately, or those crisp fries turn into a pile of soggy fries, and part of the joy of this dish is the texture contrast. Lil Vegerie’s So Cal poutine has only one of the standard ingredients, potatoes, but they’re hashed browns that are cooked soft. Those are topped with mushrooms, pico de gallo, guacamole, and a chipotle crema made with cashew cream. Cashew-chipotle cream is a great idea, and the pico de gallo adds a gentle sharpness and variety of textures, but there’s a problem. Some people won’t order this interesting item because they’re expecting fries with beefy gravy. It’s a matter of setting expectations – even if what you make is better than the original, you’re going to lose some people. 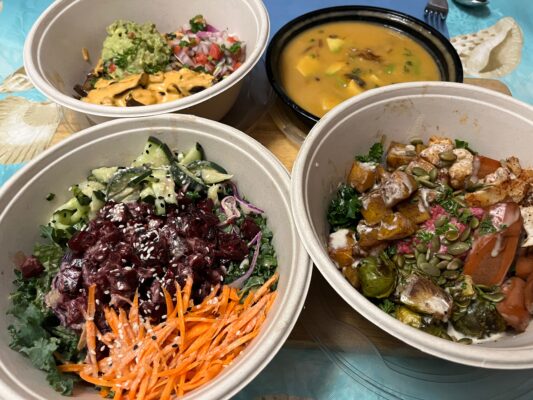 Similarly, there is potato in the cream of potato soup, but not even cashew cream. Instead, it’s a medium body soup that tastes most strongly of tomato, (which isn’t on the menu’s list of ingredients), and delicately of ancho chile. The pieces of avocado that are tossed in add a bit of texture and interest, and are a good idea. I’d have liked more of that chili and perhaps some leek or green onion to balance the sweetness, but it’s a good soup just as it is.

The ahi beet poke goes even further from the concept of its namesake, because if you think of poke, the usual dominant flavors are seafood and soy sauce. Since ahi is a specific term for a type of fish, I was looking forward to seeing how the kitchen created something evoking that flavor. They don’t even try – the reference is to the way that marinated beets resemble the color of the fish. What you are served is a very good beet, cucumber, mixed greens, and carrot salad with wild rice and a sesame ginger dressing, which is both richly flavored and well balanced. It’s not remotely like poke, but it works.

The menu is on firmer descriptive grounds when it comes to the Fall Goddess bowl and the barbecued jackfruit, even though this jackfruit never actually touched a grill. It’s at least marginally acceptable to call something cooked in barbecue sauce ‘barbecue,’ and that’s what happened here. Unripe jackfruit is popular among vegetarians because it has mild sweetness and meaty texture, and it absorbs just about any flavor it’s cooked with. I’d have liked this with a more peppery sauce, but it worked well along with the lemon garlic broccoli, sauteed kale, and potato hash. There are roasted carrots in the mix too, and I’d substitute a different vegetable because they added a sweet flavor to an item with a sweet sauce, but that’s a minor quibble.

The Fall Goddess contained no actual goddesses, at least as far as I could tell, but it was one of the best items we tried. This is made with roasted butternut squash, brussels sprouts, cauliflower, beet hummus, and quinoa drizzled with maple tahini sauce and topped with pumpkin seeds. My expectations were low because even a dash too much maple can take over a dish, but the balance with tangy tahini was very good. That dressing tied together the ingredients very well, and though I’d like to try it with a standard hummus instead of beet hummus, it was something I’d order again.

I’d order the similarly named Fall Harvest salad too, though I’d ask them to leave off one ingredient. The brussels sprouts with pomegranate, pear, candied walnuts, and casher “goat cheese” in a dijon vinaigrette was splendid and worthy of a fine restaurant, but they had also included what they referred to as coconut bacon strips. These had no smoky bacon-like flavor at all, and while they added a nice texture, the coconut was a distraction rather than an integral part of the salad. If they could find a vegan ingredient that would add a bit of crisp smokiness to this salad it would be welcome, but it’s very good even without that element

Two desserts are offered, a dark chocolate ganache and raw blueberry cheesecake with lavender and pistachio. The cheesecake is evidently wildly popular because they had sold out on both visits, and the chocolate ganache with a hint of sea salt was first class, rich and creamy.

I’m not a full time vegan and never will be as long as I’m eating at a variety of restaurants for a living, but I’ll be back to Lil Vegerie to try more of their menu items. I won’t expect my food to exactly fit the descriptions because those are more metaphorical than accurate, but I’ll expect complex and thoughtful combinations of flavors. I wish they had a full-service restaurant so I could have these straight from the kitchen rather than taking them home, but I’m glad the place is part of the local dining scene.