Two minors were stabbed outside AMC 16 on the third level of the South Bay Galleria at about 7 p.m. on Saturday. Both were rushed to a local hospital for emergency surgery. So far police have no motive, no witnesses and only a vague suspect description, according to  Redondo Beach Police Department Sgt. Shawn Freeman. […]

The Redondo Beach Police Department was awarded a $90,000 grant from the California Office of Traffic Safety (OTS) for a year-long program aimed at preventing deaths and injuries on the roadways through special enforcement and public awareness. 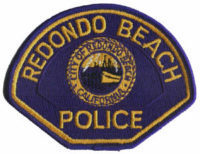 According to police, on November 6, around 6:30 p.m. a Redondo Beach canine team was asked to respond to the City of Bellflower to assist Detectives with a narcotics search. 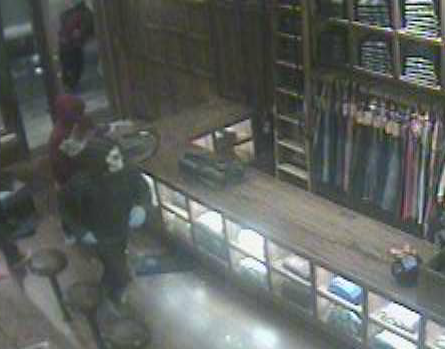 Manhattan Beach police is searching for up to five suspects who burglarized the True Religion Brand Jeans store in Downtown Manhattan Beach early Tuesday morning. The suspects broke into the store through the storefront window at 3:32 a.m., stealing about $90,000 worth of merchandise, store manager Jessie Kozar said. Police were notified at 4:30 a.m. […]

Officer found dead   An El Camino College Police Officer was found dead the morning of August 22 at his home in Redondo Beach. He was pronounced dead at the scene due to an apparent self-inflicted gunshot wound, Redondo Beach Police Lieutenant Joe Hoffman said in a release.   According to police, Anthony Albert Tanori, […]

Sexual assault Around 2 a.m. on Friday, a woman contacted the police and told them that she was approached by a taxicab driver who offered her a ride twice, even after she declined both times. Upon his third request, she accepted the ride. According to the police, she said that during the ride, the driver […]

Tyler Rodgers, 18, has been identified as the robbery and attempted murder suspect who allegedly slashed the throat of a clerk at Cigar and Smoke Shop in Manhattan Beach before fleeing with a cash box on Thursday afternoon. Rodgers, 5-feet-9 and 135 lbs., is currently on probation for robbery, according to Manhattan Beach police. Rodgers […]

Police are looking for the armed robbery suspect who allegedly slit the throat of an employee at Cigar and Smoke Shop in Manhattan Beach on Thursday. Police were dispatched to the scene at about 4:11 p.m. after Verizon employees noticed the victim walk out of the smoke shop, handcuffed and bleeding, according to Manhattan Beach […]

Redondo Beach Police Chief Joe Leonardi moved from behind the wheel of a police car to behind the bars of a rusty beach cruiser to track down a suspect Thursday afternoon.

Police officers ran down a man in a foot chase after he sideswiped two cars on a stolen motorcycle near the fire department late Monday afternoon. Michael Dille, 39, of South Gate, was charged with vehicle theft and leaving the scene of an accident after police caught him in the 800 block of 17th Street. […]

A resident returned home from Fox Hills Mall after purchasing two pairs of Nike shoes on June 9 around 9:30 p.m. As the resident exited the driver’s side of the vehicle he observed a silver BMW park next to him. According to police, a suspect exited the front passenger door of the vehicle, grabbed the victim from behind, put a handgun to his cheek and demanded his shoes.