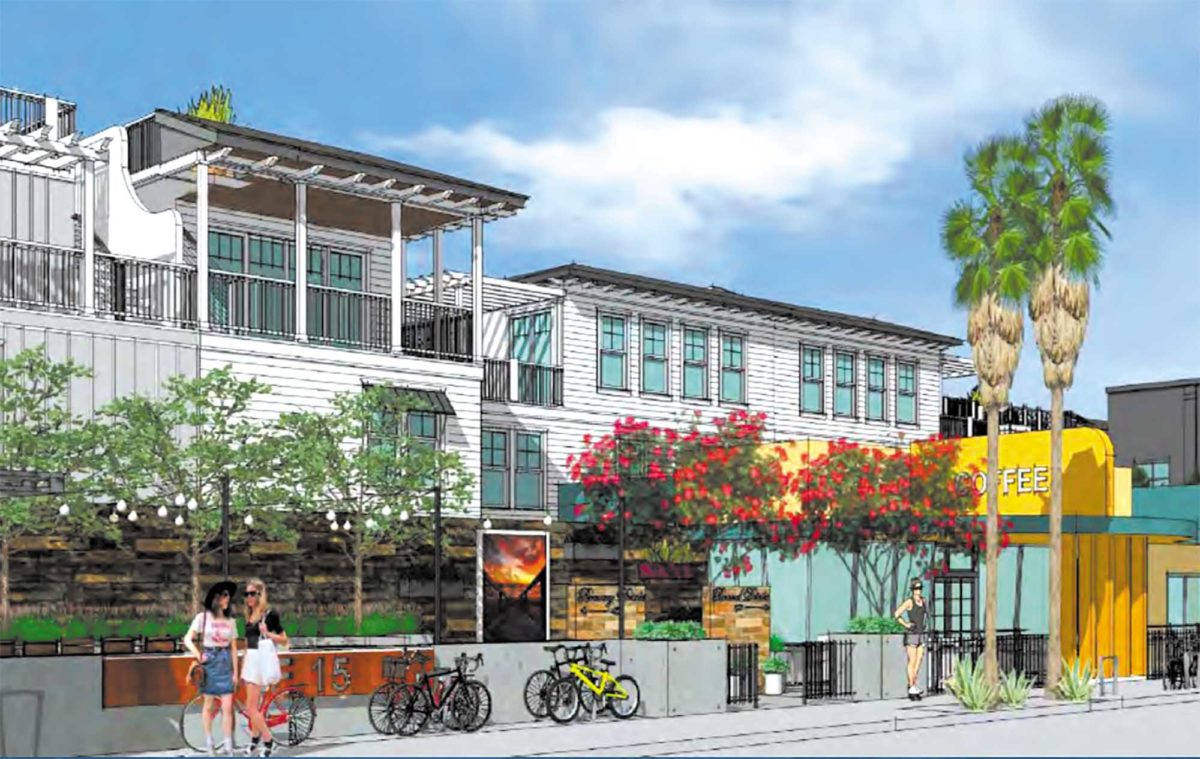 An early rendering of the Catalina Village mixed-use project, which took its first steps on Tuesday. Image by Beach City Capital

The Catalina Village project, as it is tentatively known in an investment memorandum produced by Beach City Capital, plans to build 26 residential units alongside 13,150 square feet of retail development. This is reduced from a previous plan that sought to build 30 units and 15,000 square feet of retail. The project is planned for the site of the long-closed Catalina Coffee Company cafe and restaurant, as well as a nearby warehouse, existing retail businesses, and former dry cleaners, and is immediately adjacent to an existing housing development located on Broadway.

According to staff, developers for the project are proposing adaptive reuse of the existing buildings, in part to ask for a historic district overlay on the site to maintain existing retail uses. They’re also seeking a density bonus, allowed by state law, to go over the existing 17.5 residential-unit-per-acre limits set by the area’s R-3A zoning by providing four affordable units.

The investment document created by Beach City Capital states that comparable rental rates within the area range between $2,900 and $8,500 per month, while also arguing that many of those comparable locations “do not possess the superior location the project site has.” 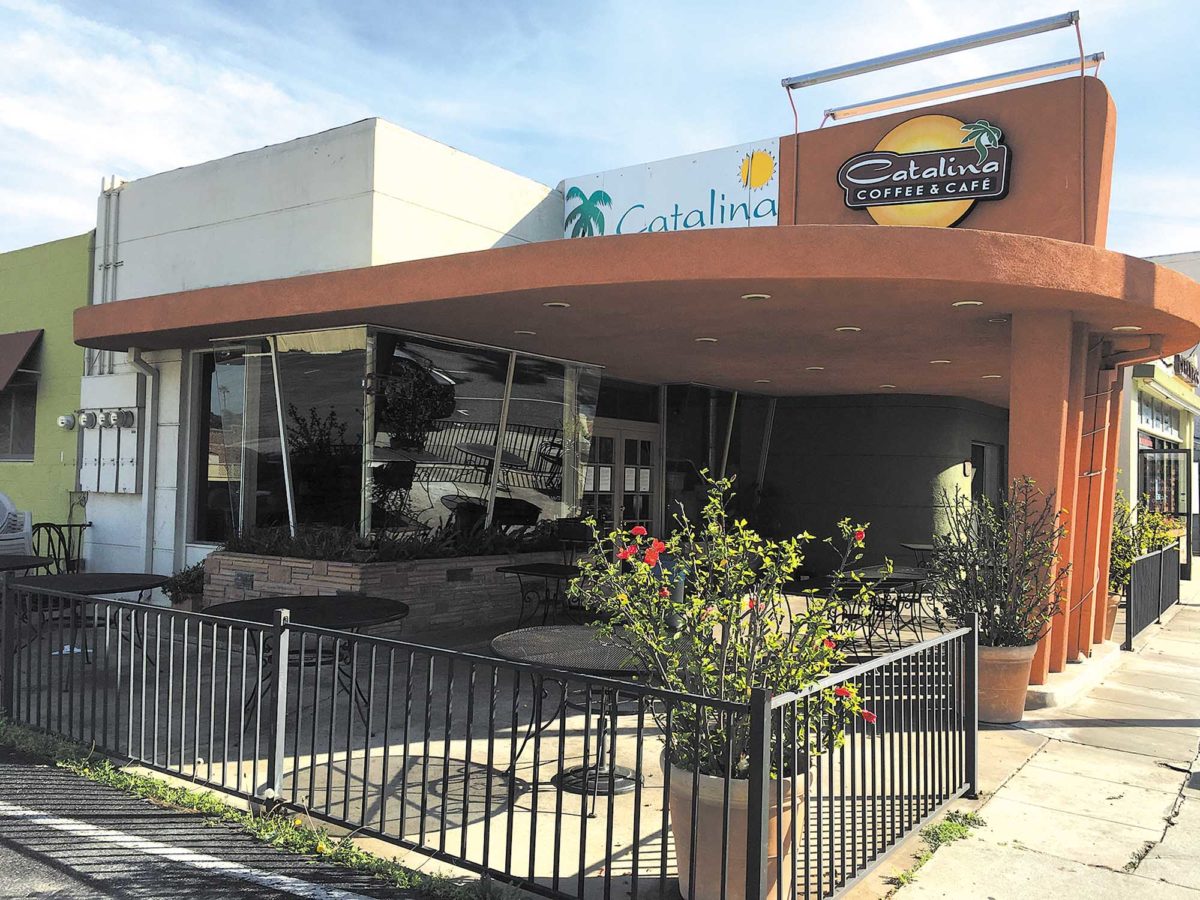 The project is sited at the former Catalina Coffee Company, which closed in January 2018. Photo by David Mendez

Typically, such reimbursement agreements are approved in the City Council’s general consent calendar, a list of items often approved with limited discussion. This, however, was put on the main calendar by City staff. In recent years, Redondo Beach residents have taken a relatively hostile approach to development — especially residential development, as attested by continued negative pushback to Beach Cities Health District’s Healthy Living Campus project, which includes development of 300 residential care units for elderly adults.

Councilman Nils Nehrenheim, who got his political start in Redondo Beach as an activist working against mixed-use developments in the Riviera Village area, voiced familiar concerns about the project, emphasizing that environmental study contractor Rincon Consultants look into view, traffic, parking and shade impacts that may be caused by the project.

One note about this project, compared to many other recent Redondo Beach residential developments, is its proximity to public transit. Stops for four bus lines are less than a block away from the project, including LADOT’s 438 Commuter Express to Union Station; LA Metro’s 130 to Cerritos; and Beach Cities Transit’s Line 102 to Green Line, and Line 109 to LAX.

The agreement was unanimously approved; next steps, according to a schedule within the agreement, including creating a timetable for the study’s completion and subsequent review by the public.