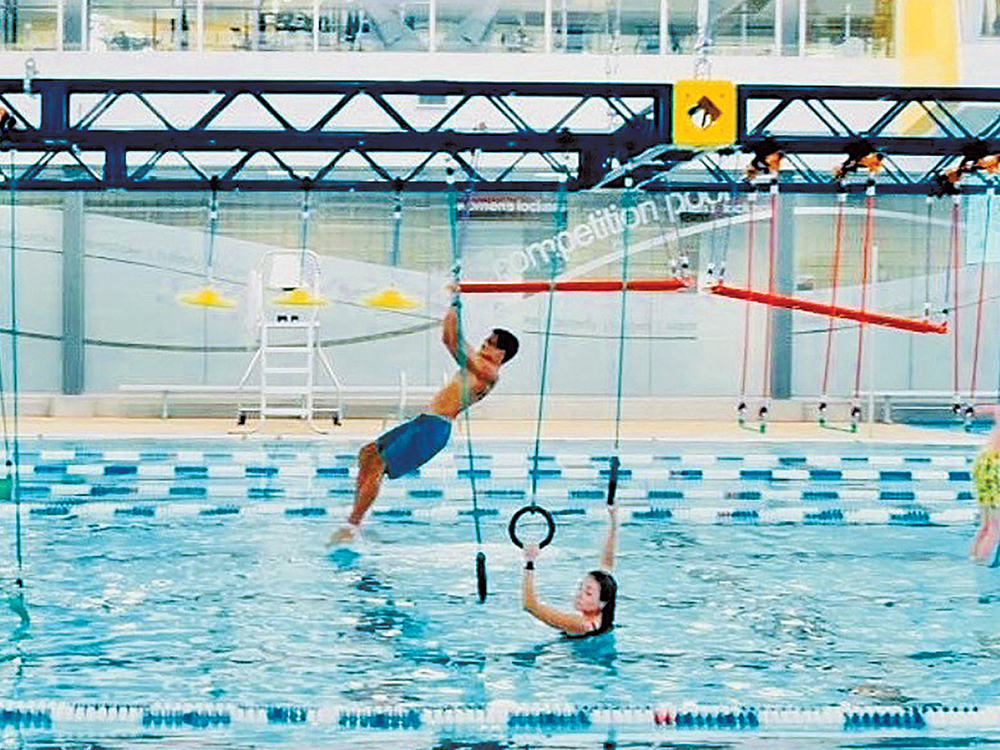 Rendering of a ninja course at the proposed Healthy Living Campus Aquatics Center. Courtesy of Ballard*King

The roughly 20,000 kids within walking distance of the ocean in the three Beach Cities have one municipal pool where they can learn to swim. If they don’t learn to swim, they can never safely enjoy the ocean while surfing, diving, paddling, boating or fishing.

“Swimming is a cradle to grave sport,” Steve Hyde tells swimmers he coaches at that sole municipal pool, Begg Pool, next to Polliwog Park, in Manhattan Beach.

“Begg Pool is not really usable,” School Board President Bill Fournell said at the time. “It’s too shallow and old and the facility is outdated.”

“We’re sorely lacking in pools… It’s a requirement when you live as close as we do to the beach to know how to swim,” Earl Keegan, founder of Beach Cities Swimming, a youth club team, told the school board.

The board proposed an Olympic size pool, which at $3 million, would have been cheaper than refurbishing the old pool.

The school board shelved the plan after neighbors, calling themselves The Friends of Polliwog Park, complained that an Olympic size pool “would become a regional venue for aquatic competitions, bringing increased traffic and parking problems.”

“It was just amazing. 30 homeowners blocked the wishes of 30,000 swimmers,” masters swim coach Clay Evans recently recalled of the school board’s 2015 decision. Evans is director of SCAQ (Southern California Aquatics), the nation’s largest swim club, with over 1,000 active swimmers and 23,000 swimmers on its mailing list. Among them are two presidential candidates (Paul Tsongas and Wesley Clark), one Nobel Laureate (Andrea Ghez, winner of the physics prize in 2020), and Manhattan Beach Schools Superintendent Mike Mathews.

In 2018, the Torrance Unified School District completed a $15 million aquatics center with an Olympic size pool, a 25 yard warm-up pool and stadium seating

In 2019, the El Segundo and Wiseburn school districts partnered in a $13 million aquatics center, which also has an Olympic size pool, a 25 yard warm-up pool and stadium seating.

But public use of the new aquatic centers and the Redondo Union High and the Mira Costa High pools is constrained by the priority given to the schools’ swim and water polo teams. 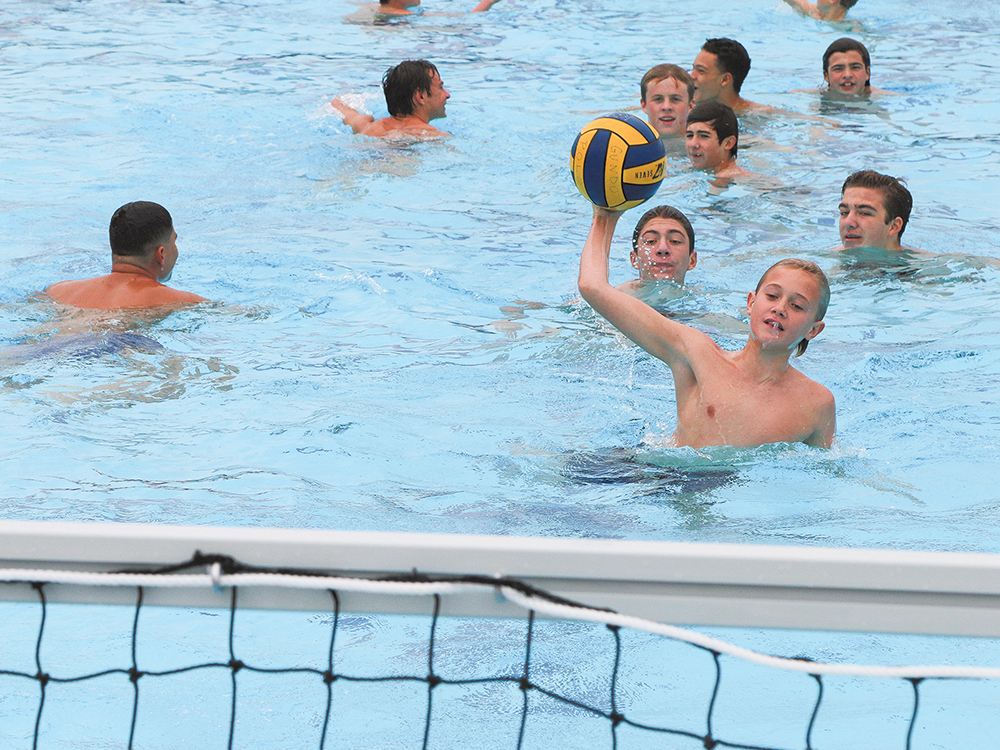 “Regardless of the market, there is a continuing expectation from the public that pool operations will be subsidized to maximize participation and use,” Ballard*King states in their report.  (Los Angeles’s light rail ridership is subsidized at the rate of $3 per passenger trip.)

The Ballard*King’s report also incorporates the results of an online survey conducted in September 2020, and completed by 2,256 Beach Cities residents..

“The general tone of responses to the survey was positive, with 58.1 percent of respondents identifying the development of an indoor aquatic center as a high priority as part of its Healthy Living Campus. Furthermore, the programs that the bulk of respondents were interested in pointed to the opportunity to develop a leisure pool,” the report states.

“Without a doubt, the hottest trend in aquatics is the leisure pool concept,” it adds “This idea of incorporating slides, lazy rivers (or current channels), fountains, zero-depth entry and other water features into a pool’s design has proved to be extremely popular for the recreational user. It is estimated conservatively that a leisure pool can generate up to 30 percent more revenue than a comparable, conventional pool.”

“Based on feedback from BCHD, B*K worked with ADG,” and concluded the best configuration for the aquatics center would be, “a leisure pool with a zero-depth entry, play structure, spray features, water slide with on-deck run-out, current channel, and non-traditional length lap lanes. Over the lap lanes would be a ninja course that could be lowered into the water and activate the lap lanes when not in use for lap swimming or other programs.”

The report’s renderings show an 8,376 sq. ft., fan-shaped pool, with a maximum depth of 3-foot-6 inches, a slide in the center and four swim lanes at one end. 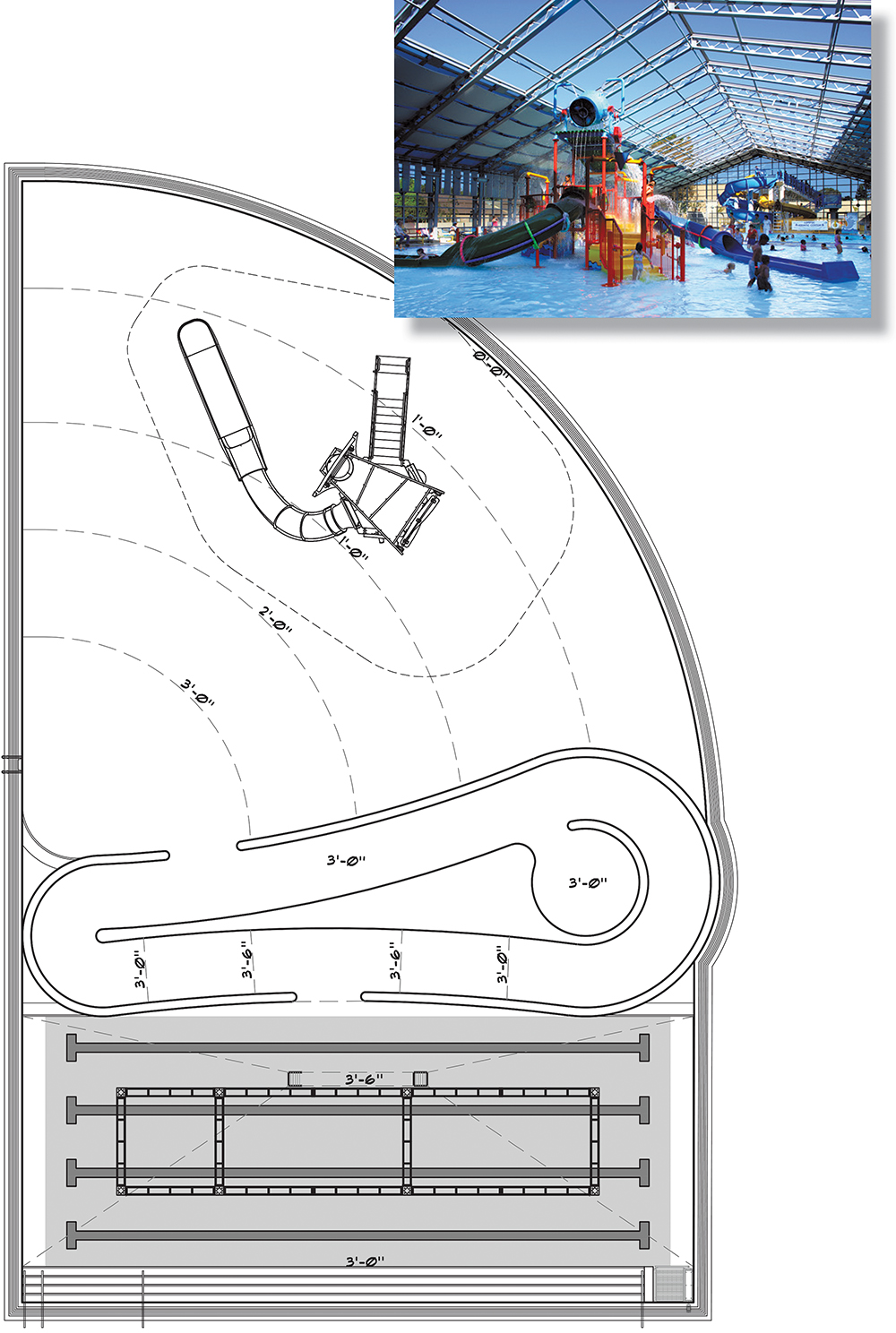 A lifeguard’s perspective: let’s step back

“There are experts in many aquatic fields here in the South Bay: teaching water safety, recreational swimming, fitness swimming, water aerobics, masters, youth team swimming, water polo and prep for how to safely swim in the ocean. Those coaches and facility directors are the ones BCHD needs to talk to.

“With the recent opening of the Torrance High and El Segundo/Wiseburn facilities, you could get a very good idea of what works and what doesn’t.”

Davey said he was puzzled by the report’s conclusion that “the bulk of [what survey] respondents were interested in, pointed to the opportunity to develop a leisure pool.”

“I don’t think their survey points to the need for an indoor, aquatic AdventurePlex,” he said, referring to BCHD’s youth activity center in Manhattan Beach.

“Let’s back up and take another look at this issue.” the retired Los Angeles County Lifeguard section chief said.

An Olympian’s perspective: a win-win

Evans said if he had been asked for input, he’d have told the health district what he tells everyone he consults with on pool design.

Evans was a silver medalist for Canada in the 1976 Montreal Olympics and a four-year, NCAA All-American in the 100-yard fly. In 1993, he was named the United States Masters Coach of the Year.

“You can do leisure activities in a standard, rectangular sports pool. You can’t do sports in a leisure pool. shaped like a kidney, or a fan,” he said.

“Kids don’t care about the shape of a pool. Pull up a slide on rollers to the edge of the pool, drop a ninja net over the lap lanes and the kids will have a blast.

“But if a kid wants to swim laps, to train for the Junior Lifeguard test, or the high school swim team, he can’t do it in a leisure pool with islands in the middle.”

“You can do both — teach safety and swimming and offer fun games. You just can’t do it in a goofy pool,” he said.

Because of the shortage of local pools, Evans struggles to find pool time for his masters swimmers, 60 percent of whom never swam competitively and 15 percent of whom are over 60. His swim workouts start at 5 a.m. so they can end by the time schools start, and his swimmers are scattered across pools from the South Bay to Santa Monica. A pool with fixed waterslides, lazy rivers, and three “non regulation” length swim lanes would be of no help in alleviating that shortage, Evans said.

But he saw hope in the 30,000 square feet proposed for the Healthy Living Campus aquatic center.

Another hopeful element Evans found in the Ballard*King study was the rendering of a retractable roof over half of the pool.

“That would be a humming facility. People hate indoor pools,” he said. 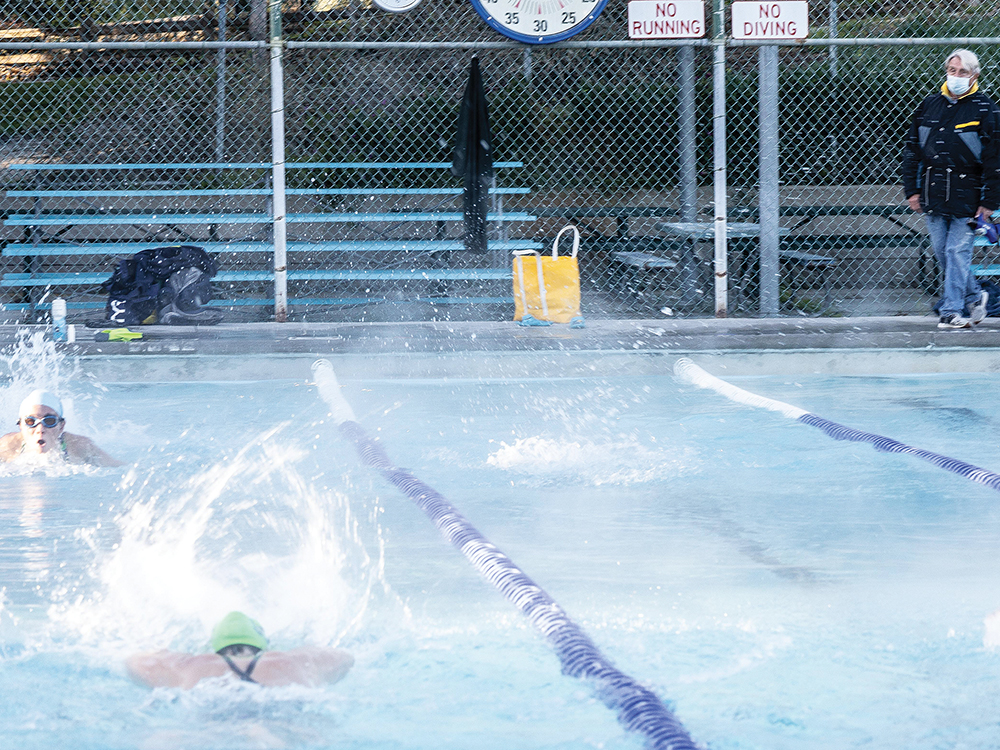 A coach’s perspective: What’s a leisure pool got to do with it

Hyde began coaching 50 years ago, while a student at Aviation High. The school didn’t have a swim team so he formed one at the Marrianne Thompson Swim School. He swam and played water polo at El Camino College and then at Long Beach State. In 1984, he started South Bay Waves, a swimming and triathlon team that evolved into SOBA (South Bay Swim Team).

As a former tech writer, he said, he is concerned by some of the numbers in the Ballard*King report.

As a result, the three swim lanes are not practical for training for a triathlon, or a swim meet, and are marginally useful for personal exercise.

“The kids I’ve coached have become lifeguards, high school coaches, PE teachers, water safety experts and aquatics facilities managers,” he said. “What does a leisure pool prepare you for?”

Hyde questioned how a leisure pool comported with the Healthy Living Campus’ mission statement, to “purposefully transform the aging former hospital site into a Healthy Living Campus, an intergenerational hub of well-being where current and future generations of Hermosa Beach, Manhattan Beach and Redondo Beach residents can gather to engage around health, form meaningful connections with one another and be well.

“Is Beach Cities Health District a health district, or a recreation district?” the Olympic medalist and Masters Swim Coach of the Year asked. ER