by Ryan McDonald At the end of the first quarter of Tuesday’s girls water polo match between Mira Costa and Redondo Union, the scoreboard read 2-1 Sea Hawks. Both Sea Hawk goals came during six-on-five situations, in which a temporary ejection left Costa down a player. But as the second quarter began, the Mustangs took […]

Redondo goes for the gold with Ocean Fest event

Is bad blood from the ‘60s keeping Bay Cities out of the Malibu invitational?

The Fourth Annual Subaru Pacific Hotdogger Surfing Championships drew 50 of the top-rated longboard surfers from around the world to the south side of the Hermosa Beach Pier on Saturday. The sun was out and so were plenty of fast, glassy, 3-foot tubes to ride.

Shortly after coming in sixth in a 1965 contest held at the challenging venue of Sunset Beach, surfer Mike Doyle was asked by an announcer whether he preferred the waves of Hawaii’s North Shore, or the less threatening waves of Southern California. Doyle, who learned to surf at the Manhattan Beach Pier, said he liked […] 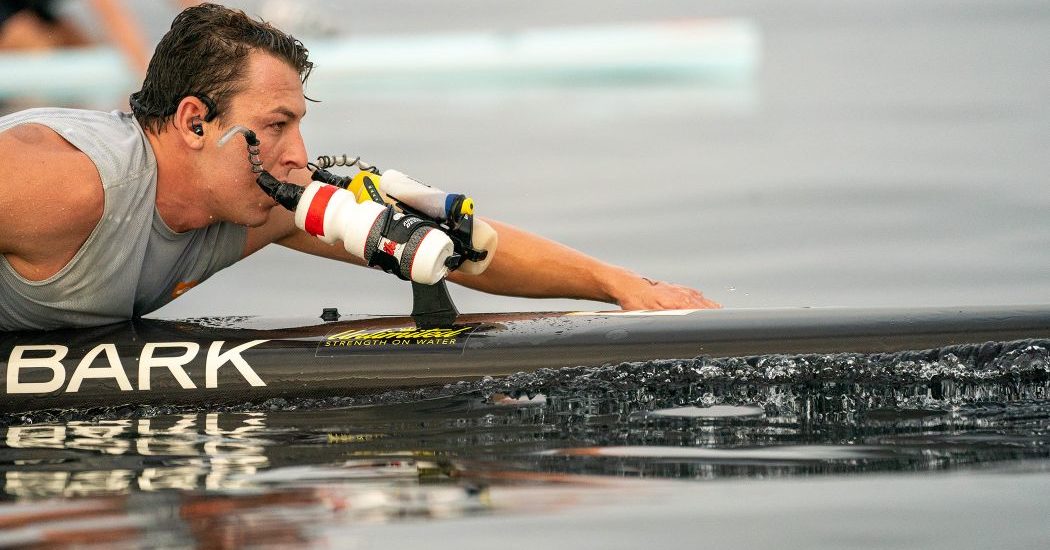 Los Angeles County Lifeguard Max First, of Manhattan Beach, and Australian lifeguard Lachie Lansdown led a field of nearly 100 paddlers in the 41st Catalina Classic Paddleboard Race on Sunday, August 25. The two exchanged leads while setting a record pace from the start at Two Harbors on Catalina Island to the R10 buoy, four […]

The old man and the little mermaid

by Martha Farah Over 100 men and nearly 50 women from throughout California and Hawaii competed in the International Surf Festival body surfing contest Saturday morning at the Manhattan Beach pier. Jason Napolitan, of Manhattan Beach, placed first in the men’s 19-39 division, followed by Adam Warren of San Diego and Alex Merteska of Los […]