Easy Reader and Dirty Hippie Radio have teamed up to co-procure and co-present some local shows, beginning with a monthly gig at Saint Rocke which kicks off next Wednesday, Feb. 27 at 8 p.m.

Longboard Surfer Siordia Back in the Groove

by: Ed Solt Jr. Mike Siordia defines the postmodern South Bay surfer. He incorporates influences from generations past yet maintains a level of originality. Posted up on Hermosa Avenue in the original “Surf City,” Hermosa Beach, Siordia finds time to catch a few waves and stand out at all the local breaks I met […]

“Is this life reality? No. It is a film! We are images, dreams, photographs. We must not stay here! Prisoners! We shall break the illusion! This is Maya! Goodbye to the Holy Mountain, real life awaits us.” The piercing final words of Alejandro Jodorowsky’s film The Holy Mountain, spoken by the writer/director/actor and counter-culture icon […]

Do you ever get tired of doing the same thing? Ever wish you could just take this job and shove it? Go reinvent yourself and pursue a new direction? And embrace subdued passions that were boiling beneath the surface for too long? The life of the artist may not always afford security, but it does […] 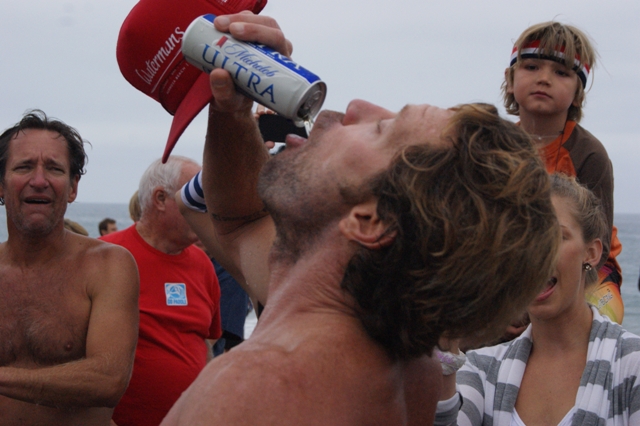 Ironman: run a mile, paddle a mile, pound a six-pack of beer. Every fourth of July morning, citizens of the South Bay descend upon Hermosa Beach to witness participants compete for the honor of the Ironman. To watch in adulation as shimmering muscle and blistering endurance are put to the test. To gape in awe […]

“All of a sudden I have something to do all summer that’s fun and stimulating. What more could I even ask for than watching surf videos and jamming with my friends?” Hermosa Beach resident, MCHS class of 2011 graduate, local musician and surfer Nickolai Preiss would perhaps be happy with just that; but there is […]

Lose Control in the South Bay

In a twist of fate and a turn of luck I once found myself gazing out from the northernmost point of New Zealand’s North Island, at the awe-inspiring sight of the convergence of the mighty Pacific Ocean and the majestic Tasman Sea. The two bodies were locked in such fierce courtship that it looked as […]

Ring, ring… “Hello, can I take your order, amigo?” “Yeah, I’ll have a Special C with an Horchata, and can you make that with rice please?” This imaginary phone call with El B.J. is representative of two characteristics attributable to a particular South Bay band: It’s uber-local, and it’s rebellious. For one, it wouldn’t be […]

The McHandsomes perform at Club 705

Their business card reads: The McHandsomes. “They’re the Best.” Comedians/Musicians/Great Lovers. On the backside: “The Hardest Working Livers in Show Biz.”

From stardust to skin flakes, the nature of all things seems bound to cyclical progression. Caught up in that processional dance is blood; our blood, recycled throughout the Millennia, oxygenated with history and the spawning bloodlines. We develop peculiar ideas about “blood being thicker than mud,” or the blood of our ancient ancestors pumping through […]

“There was a seminal moment where I asked myself how honest I was going to be with this, with the reader… and I said fuck it, I gotta put out what’s me.” Bold and powerful words, if not raw, from 41-year old Hermosa Beach resident, former Mira Costa High School teacher and Beach Sports instructor, […]

Last time ‘round these parts, we were talkin’ ‘bout whiskey-breathin’, folk-blended music happening here in the South Bay. We talked ‘bout the numerous outfits dabbling in Americana, Country, and Bluegrass roots, while weighing in their own variants on the general sound. A whole new bag called Whiskey Honk, perhaps. Bullys & Matadors were the featured […]

Rum Runners, Wharf Rats, and Roses Pumping with the lifeblood of humanity, the International Boardwalk in Redondo Beach acts as a main artery connecting the pier to the harbor. A stroll along this eclectic oceanfront strip can be both dazzling and challenging with myriad sights, sounds, and smells bombarding the senses. Do I ride the […]

It’s a fascinating accomplishment when a band from elsewhere, outside Los Angeles county, is able to secure a following here in the South Bay. I’m not talking about acts like Toots and The Maytals, Dickey Betts, or Tab Benoit, who enjoy throngs of predetermined fans flocking to their tour buses. I’m talking about everyday bands, […] 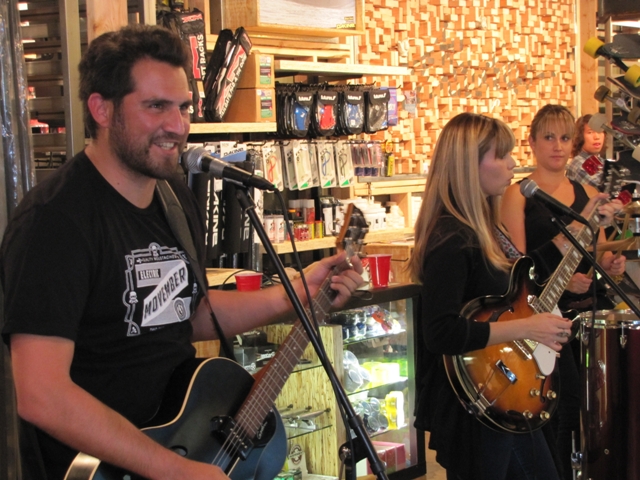 While the South Bay is traditionally and affectionately renowned for its punk and reggae roots, the local musical spectrum has been trending toward eclecticism. Therein, many bands are flirting with, submerging into, or weaving in folk-based elements to their sound. We’re seeing a mounting trend toward Americana, Country, and Bluegrass roots, and various brands […]